Hey all! This is my first post here, but I’ve been watching Z videos for a while now. I’ve been going down the rabbit hole and I’m hoping you guys can give me some advice.

Some context: I’m building an entirely new PC “battlestation”. My use case will be 70% gaming, 30% music, but I’d really like the music part to sound a lot better than it does now with the world’s worst Logitech 2.1 speakers (you know the ones, and if you don’t, just think “wow, these are terrible” and you’ll be in the ballpark). Due to space constraints my desk (6’x2’) will be directly against a wall, and whatever speakers I get will be flanking a 38" monitor.

Pretty much every review and every speaker user guide says not to put speakers that close to a wall, not to put them that close together, and to put them an equal distance from each other and the listening position. But that’s what’s gonna happen because I don’t have an alternative.

So, the questions are: how badly will this affect the sound quality, and will using a front ported vs rear ported speaker reduce this negative effect? If I add an under-desk subwoofer and high-pass the speakers to reduce their low end, will that help?

Here’s a little more insight into my thought process: I was originally thinking of getting the KEF Q150s when they go on sale for $300, but they’re rear-ported. So then I started looking into front-ported options like the Elac Debut, Focal Chorus, Triangle Br03, Monitor Audio, but even those are said to need a foot or more of “breathing room” from the nearest barrier. At that point I wasn’t sure if I should just say eff it and stick with the KEFs, or if one of the front-ported options would be “less bad” in that situation, or if I should spend a lot more to get something like a Speedwoofer 10s or SVS-SB1000 and a miniDSP and take the low end away from the main speakers while still having a low end.

I kind of feel like the sub/miniDSP option is really overkill considering I’ll mostly be listening to alien heads exploding and Commander Zavala monologuing about a war with the Cabal on Mars, but I also feel like going with standalone rear-ported speakers will be an expensive way to be disappointed when I put on some tunes while working from home.

I suspect the general advice will be “try a bunch of different configurations and see what works”, but that requires a lot of purchases upfront. So, does anyone have any experience or anecdotal feedback on a similar situation? Anything that can help to narrow down the options would be very much appreciated.

You are right, if the rear ported speakers are close to wall. There is a high possibility you wont be satisfied. Bass might be boomy and overall sound ain’t good.
Even with using a sub and high-pass filtering more bass from speakers, the mid-bass might sound bad. Also you do not want mid-range bass/sounds coming from the sub cause that really starts sounding bad.

Just to give few things to consider.
Do you have a amplifier/preamp/dac for the speaker? Does it go with the 300$ budget of does it have it’s own. Would you like a sub at any point be or would be overkill? In future upgrades etc.

Location close to walls and picture. In it are stands and iLoud MIcro monitors, just for ideas. 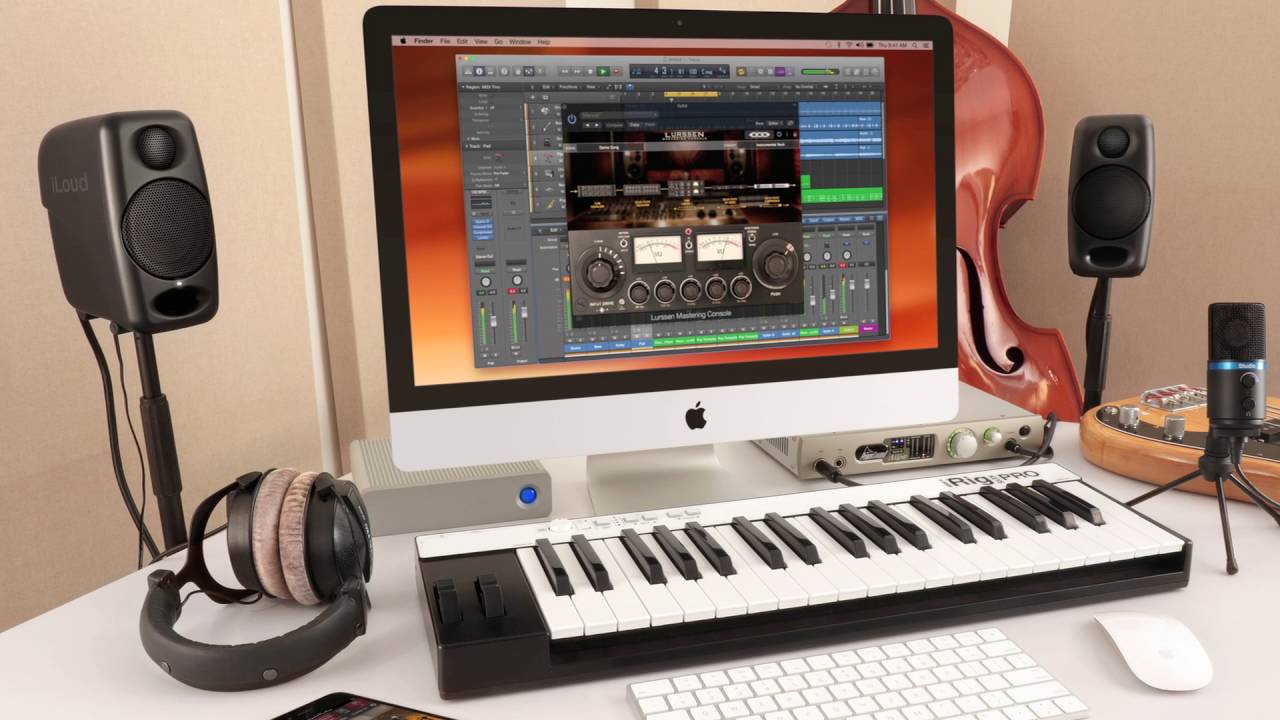 If you have space in right / left side of table. Stands, mounted to moving arm’s or other lifting surfaces might help with the space, placing speakers more in side position. giving more options what speakers can be used, size wised. Still the rear ported might be bad idea.

In picture Micro ilouds.
You need a preamp(dac) to feed the signal and control volume but are very small sized.
Also if the sub is optional (or mandatory in my case) the preamp need’s to have sub-out or sub needs to have output for speaker.

Just give you a boost to the hole.

How can the micros be room correcting when they don’t come with the mic? I think you’re confusing it with the mtm’s.

Polk S15’s or S20’s are great for desk setups as their rear power port is made to let them sit close to the wall. They also look and sound amazing.

Kali audio LP6… front ported… With boundary eq switches for placement in many different situations including up against a wall. I have them and they are phenomenal sounding to me.

Just to give few things to consider.
Do you have a amplifier/preamp/dac for the speaker? Does it go with the 300$ budget of does it have it’s own. Would you like a sub at any point be or would be overkill? In future upgrades etc.

I don’t have any of this gear at all yet, I’m still in the planning stage.
The budget is pretty flexible- I can go up to around $1000ish all in, but I’d prefer to spend efficiently.
I’m open to using a sub, but that may be overkill, I’m not sure. I’m considering getting one and using it with a home theater setup if it’s too much for my computer desk.

For a really simplified setup I’d get a pair of Vanatoo Transparent Zeros, plug them into USB, and hope for the best.

But my biggest concern is that from what I’ve been reading, front ported speakers also sound bad when close to a wall. If that’s true I’m fairly limited in my options, because my desk is only two feet deep. If I put the speakers on stands on either side of the desk and move them away from the wall, they’ll need almost a 90-degree toe-in to be facing my ears and the right speaker will be very close to my head.

That might not be bad option.
At least plenty of pictures show they pretty close to wall / other objects behind them.

I like simple setup as well. Less hassle and problems.

Definitely look at the Vanatoos, I love mine and they sit right against the wall under 2 32" monitors in the same 6’x2’ config you have. They have a sub out and can be controlled either through windows or with a remote. In my mind it’s a no brainier to go with these in a confined desk setup.