Don’t think so w/o extensive/intensive custom work! Called Sennheiser in Connecticut and Neumann in Berlin and they stated TO ME CATEGORICALLY that these were never intended to be utilized in balanced

Wow, I bet they must get asked this a lot to go and categorically deny it. Haha.

Edit: NDH20 Pro or something lol

It’s my understanding that balanced connections are useful for connections between components (like a DAC and and amp) but there isn’t a sound advantage for headphone cables themselves. And the extra power is a moot point for the Neumanns as they are relatively easy to drive.

Don’t take my word on it, let me quote an industry expert, and then link to Benchmark’s website for two reputable citations.

"The headphone thing is a misnomer. There is no such thing as balanced and unbalanced headphone connections. They are all balanced since your headphones are not connected to the ground. This is an incorrect marketing term invented by someone.

The input side is real: using a balanced connection to the input of the amp frees you from many potential ground loops. In computer audio you have a long chain of products with multiple power supplies which increases the possibility of ground loops. Using a balanced interconnect between the DAC and amp helps a lot to eliminate these ground loops. This benefit is there whether you use a balanced or unbalanced headphones connection." 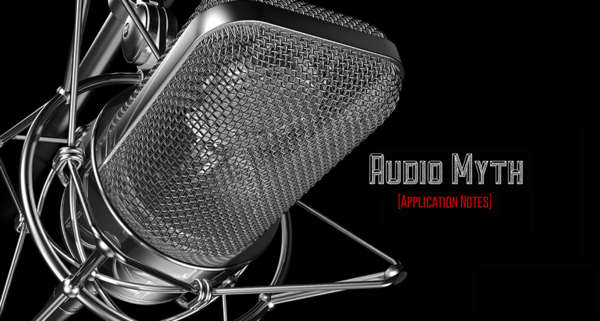 This Myth Goes Something Like This: "Balanced headphone amplifiers are better." "If balanced line-level connections work well, balanced headphone outputs should also work well." We disagree! Benchmark does not offer voltage-balanced...

I would just assume the reason for balanced on a headphone like this would be for an absurdly long cable. There might be a situation where a headphone amp would be far away, and there could be a 20 ft headphone cable or whatnot.

On EVERY set of cans I own (especially fully open) such as my HiFiMan HEX V2’s…I believe my ears! It is sort of like Quantum mechanics and theoretical astrophysics; looks great on the blackboard or on paper but until one can prove the "equations’ (so to “speak” -no pun intended)…I’ll go with the palpable comprehension of my personal experience over 50+ years of playing/listening to music and an appreciation of acoustics. Be they psychoacoustic or otherwise!
Regardless of myth, not only are balanced amplifiers better, I guarantee most addicted audiophiles will attest to a certain “ambience,”…be it better or worse, on any pair of headphones used with said amplifier having balanced XLR versus single ended terminations!
I used to be a sceptic as well! I was using every headphone I had with single ended cables until a friend literally handed me a set of mid-fi cans and literally forced me to close my eyes (a blind “taste test” - if you will) as he changed out the cables on the cans from balanced to single ended.
Not only could I perceive the difference across the board with any genre of music, …I then got further treated to the same “test” utilizing a tubed amplifier!
The rest is history in my case and every decent set of cans I own (especially excellent quality PLANAR MAGNETICS-or what most people consider so) now have cables terminated balanced XLR! Of course, it goes without saying that the music source MUST be balanced XLR output to balanced XLR input on the amplifier.
Thus all technical, scientific, and engineering arguments aside (BTW, believe it or not, I am/was a degreed Mechanical Engineer with a P.E.'s license, until I retired a few years ago),…I will always “believe my ears,” even with the ever worsening onset of tinnitus. And,…lest any one attribute said tinnitus with “reasonable doubt” as to my ability to “judge” (again-no pun intended,) just let me say that I’ve been listening to live and recorded sound longer than most of the people on this forum have been alive!
Ciao y’all!