I can’t wait to see Zeos review these new headphones 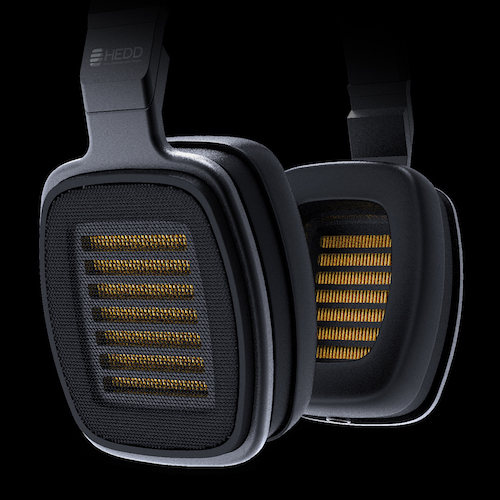 Looks interesting. Would have loved to see an estimated price considering it’s releasing Q3 of this year.
by the way, here’s an updated link: http://www.hedd.audio/en/heddphone/

Tried a very heavy prototype at munich high end last month.
The design was not yet like on the picture. They told me it will be around 2000 Euro.
The HEDD chief is an ex- engineer from Adam Audio.
The sound reminded me a bit. The design obviously too
Fast and bit forward highs but exactly under the range where it get’s to much like some would dislike with Beyerdynamic DT 1990s
Nice soundstage and a thick low end
Mids where not really recessed
It was a few minutes at a show with speakers playing and people chatting… so take it with a grain of salt 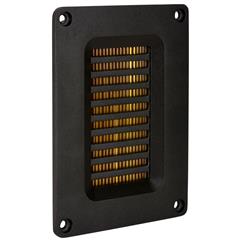 Yeah no. That won’t work the way you want it to for quite a few reasons.
They are designed specifically for emphasis on high frequencies. Sure they do by nature produce some lower frequencies but it certainly not something you want to hear.
You would have to rip them apart since they are essentially closed with a shield over the back. Taking that off probably is not a good idea.
They are also 4 ohm. So powering that via headphone ports is going to be an issue. You could do it. But it will not sound right and will not get enough power. Unless you have something like 4+ watts per channel I guess since it is rated at an rms of 25 watts and 93db at a watt from 1 meter. Which means you will probably have it get extremely loud and unbearable before it is powered correctly if the driver is right next to your ear.
Response graph of the driver:

If this was a joke about the driver being a similar colour or what have you. Great.
If you were being serious…well…If you want to waste 160 dollars on two. Then be my guest. But it won’t work the way you expected.

I am interested in those headphones as well. Love my Martin Logan ribbons.

Thank god it was a joke. I don’t think my sanity could handle it if you were being serious.

I hope they do it well, one thing i learned with my martins, u get to close and your ears bleed

I don’t speak russian, but, you can see them here.

had a listen to that video. some terrible subtitles plus my very poor understanding of spoken Russian kinda got me through what they were trying to say.

About 60-70% of the video was just pointless mumble and wank.
Literally only 1 point in the entire thing.
Which was the folds in AMT driver. Basically the the guy was tooting his own wank on and on about how special these drivers are and how “skillfully” the folds were created.
He talked a lot about how these AMT drivers push “push air four times faster” than dynamic or planar.
Somehow that gets them down to 20hz…that’s a very good low number…not really but okay I guess if it sounds good.

All in all the video doesn’t really say much other than what you can tell already just from looking. It is an air motion transformer that is tuned for a wider range. Oh and it is going to be expensive. Might as well just buy a good pair of Staxx or something. At between $1950 and $2260 you have some really insane choices as is.

If Zeos decides to review these, and I sure as hell hope he gets sent them and doesn’t have to pay for them, I can already see the review now.

“these are great…buttttttt the pads are a bit thin. The cup is pretty deep, but not all of that is pad (that’s what it looks like from images and video), the headband has padding but LOOK AT HOW THIN IT IS! I expect a better headband at 2000 dollar!..oh…and lets not forget the competition. starts to turn to the Staxx and then proceeds to look at the 1000 dollar headphones he has.
You know I just can’t really recommend these. I would rather buy X and Y at 1000 dollars each.”

Something like that. Just with more “fuuuccckkkkkk” in the video.
But that is just my opinion and I would never ever spend close to 1000 dollars on headphones. 500 is kinda an upper limit for me on a single pleasure item.

Not sure which Staxx ear speaker you are referring to. I don’t think they have anything that cut’s off at 100 hz

Their SR-L700 MKII (which would be the closest price competitor at about 1600-1700 usd without the amp), gets to 7hz according to specifications. That is low.
However what I will admit is that Staxx have never really been bass heavy ear speakers.
The bass is there but it is very flat or subdued in a few cases.
I haven’t had a chance to go listen to the sr-009bk (there is a stupidly high end presentation room for headphones and speakers in the city). I hear it is a bit more bassy but just a bit. Although that well exceeds the max target cost for the Hedd headphones.

And if you want bassy. There are quite a few bass heavy options in the market that might make these a non starter.

Guess what I am trying to say is that there are a lot of realllllyyy good headphones in that 1000-2500 usd range that are absolute monsters. These headphones are going to have to compete heavily.

The bass is there but it is very flat or subdued in a few cases.

Well the L300 is a pretty extreme example of this slow drop off. But I also do not agree with that SPL graph. That one is a bit different from the others I have seen that show it start rolling off at around 55-60hz.

Bare in mind that is the L300. A much cheaper earspeaker. Something like 450 dollars + plus amp I think.
With that in mind however. The even cheaper sr 207 can reach down to 30hz before it begins it’s rolloff. I guess they are designed for different things and is more bassy, but a flat controlled bass.
The only problem is finding it. Sometimes finding one is a bit difficult. I think it was cutting into their other products too much or something.

The L700 is a bit of a different story. It is newer, doesn’t have a former unit it was based on, and is far more expensive.
The graphs for it reach 40hz before it begins to roll off and it is a slow roll. 20hz at around 80db, 40 hz at 87db (this was one specific fq graph but it more or less carries over to others I have seen).

I will check the video again but he did say “reaches down to 20hz”. You are probably right in that he means “flat” (idk about flat with a company that likes bass. but okay) to 20hz with a sharp roll off.
But until a frequency graph exists we can’t say.

On an entirely separate note. I think every company producing high end headphones, should have to put a pair through sound testing in an anechoic chamber for testing and have that attached to the spec sheet. Seems only natural that someone paying hundreds of dollars for a pair of headphones should have access to.

Edit: Yes if a headphone cut at 100hz that would be hilarious. I don’t think anyone would buy it.

The L700 is a bit of a different story. It is newer, doesn’t have a former unit it was based on, and is far more expensive.
The graphs for it reach 40hz before it begins to roll off and it is a slow roll. 20hz at around 80db, 40 hz at 87db

Edit: Yes if a headphone cut at 100hz that would be hilarious. I don’t think anyone would buy it.

We don’t have dollar stores here so can’t comment on that. But what i will say is that even airlines are giving away earphones that are half decent these days.
I had a flight from South Africa, layover in Dubai and final stop in Greece all with Emirates. They gave me these pretty cheap in ears. They came with three pairs of silicon yellow tips and they sounded not bad tbh. Kinda like a cheap Sony in ears or something. 100% unbranded goodness. They were giving the things away like candy it was crazy.

With China being so industrious and trying to do things as cheap as possible. I don’t see why things should be downright shit anymore. except for Beats by Dre. We all know those are turds and they shall remain turds no matter what. 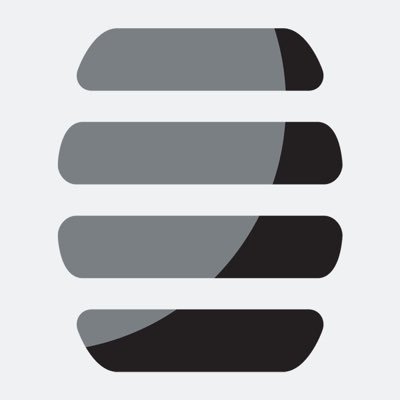 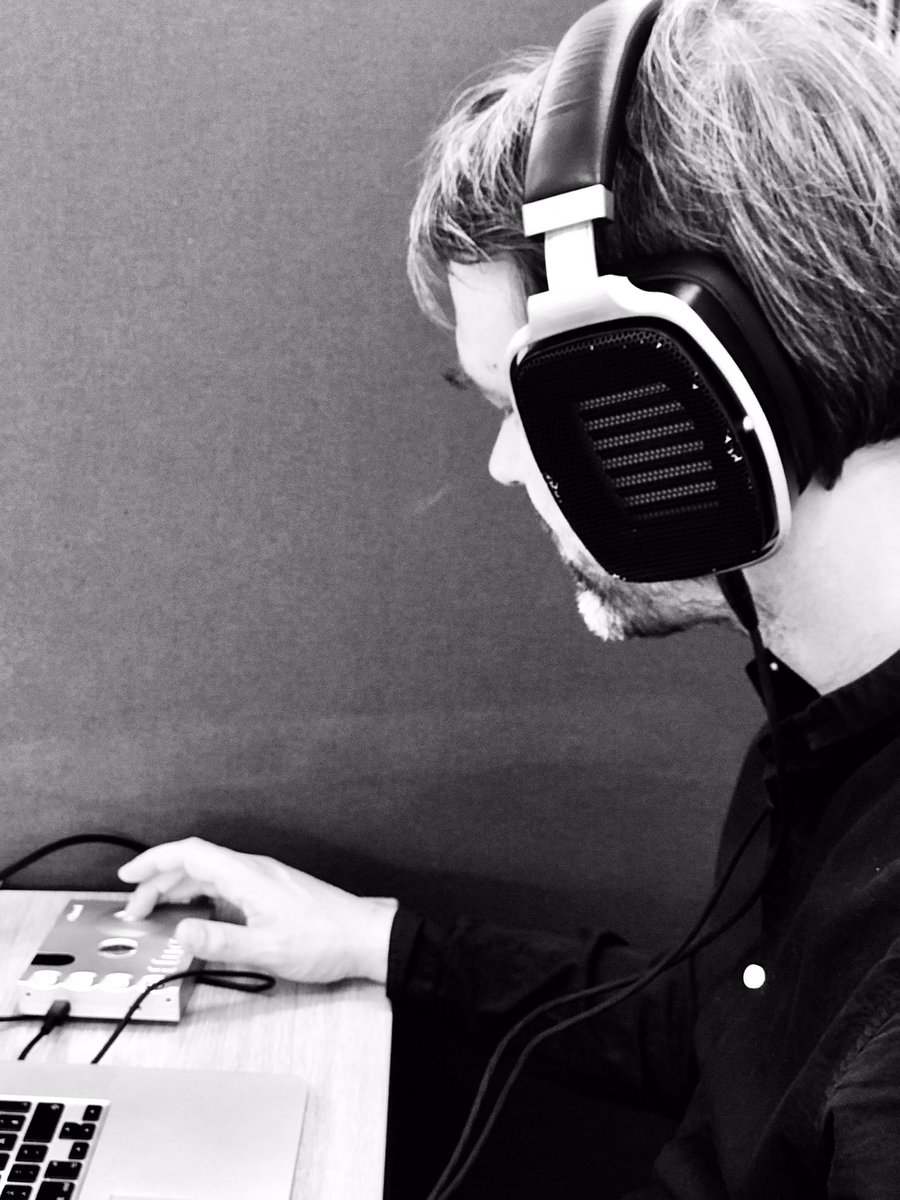 Heard the Hedd at canjam London, they had a couple of them, I think I got the one that sounds “the best”, promising imho, they’re working to get it’s weight down to 600ish grams according to the guy at the show.