Bass, mids, note-weight, and scaling are very good so far just wished it had better separation/staging

but can’t complain at this price

I’m also very curious about the RS2, but so far I’ve seen on information on the specs. If it’s close to R5 Gen2, you should be fine. DX170 should be even more powerful.

Which would be the best to drive TGXEars Serratus earbuds?

I dont remember the SSR being that bumped in the low end. I pictured it quite flat, actually. Am I wrong, or do I mix it with another iem?

EDIT: after having checked, it seems it is I that is mistaken

Only heard Blessing 2 so far, between the others. 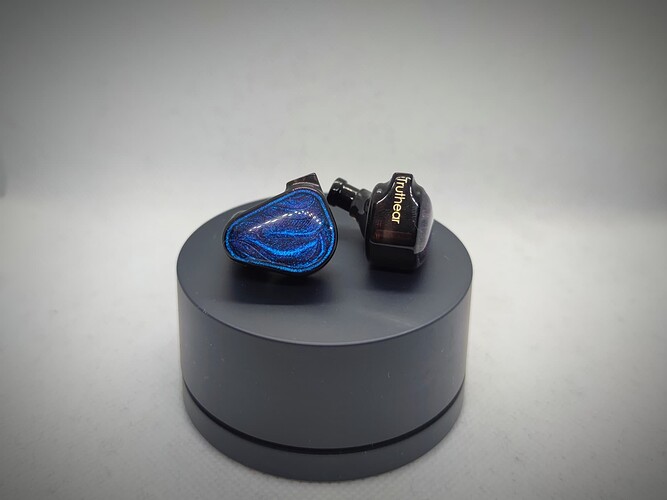 Disclaimer: This unit was provided by Shenzhenaudio for free in exchange for a written review. No incentives of any kind were given and the review you are about to read are my own thoughts and opinions. Thanks once again to Shenzhenaudio for the opportunity and support.

Included in the box:

Comfort, fit and isolation: Nozzles are long and thick so fit, comfort and isolation might get tricky for those with shorter canals like me. Very lightweight shells.
Source used: Topping E30 + L30 stack
Tips used: Stock silicone - narrow
Test playlist with some of the songs used: Tidal

If the title of this review hasn’t been specific enough yet, the Truthear x Crinacle Zero (Zero) is a Harman Target doppelganger, meaning it follows the (in)famous Harman curve very closely for its tuning.

Translating that into an actual analysis and easy going words, you will find an almost V-Shaped signature, only not touching it due to the usual clean and drier bass, neutral mid-range or just slightly north of it.

Zero, being a deadringer to Harman, is no exception. According to the Crinacle, the idea is to take a shot on a harman target but including a twist: having a dedicated woofer crossed over at around 100hz. This generated a lot of hype but also doubt, so I will try to simplify it for you the best that I can in the following paragraph to hopefully answer some of the questions that have been brought to me.

Think of a 2 way channel system with a subwoofer. The bigger drivers handle lower frequencies better, adding impact, texture and authority, but being incapable of having the needed speed required for higher frequencies. The usual smaller drivers have the opposite effect and some systems even include tweeters for ultra high frequencies to achieve better results. In this particular case of the Zero, by using two different drivers, the bigger one is allocated exclusively to the bass region, not overcharging it with the usual full range stress, which also leads into the fabled dynamic drivers fallacy of not extending far enough in the upper regions. The second driver, being smaller, can take the rest of the spectrum by itself without sweating as much and reaching better volumes at higher frequencies. In short and on paper: better bass and treble extension. 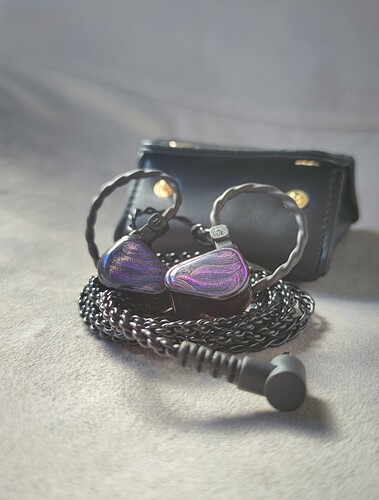 Now, from the paper to the ears, it worked. The Zero has a very good bass impact for the price range - one of the best in my opinion, - which approves of the formula. Addressing another elephant in the room, the sub-bass roll-off, I can see why it was done and I commend it, trying to emphasys this bass impact and let’s be honest here, there’s not much music below 30hz anyway, let alone perceive such roll-off other than in sine sweeps (Big Boi - Kill Jill). Final verdict is that the sub-bass passes with flying colors in my library with some nice rumble.

Now, it wouldn’t be me without nickpicking it and bringing up my usual not-so-likable distaste for the harman target: the mid-bass is very dry and feels scooped out at times on kick drums and bass guitars, namely the lower mids (Ghost-Note - Shrill Tones).

Given the mid-bass, it’s easy to perceive how clean and on the thinner side of the spectrum the mid-range is found. Being a mid-centrist, I have to appreciate its transparency, but sometimes I just feel they could use a touch more of note weight (Yiruma - River Flows In You). I still have to disclose that these are more personal nitpicks than actual complaints, as the mid-range is very good for the bracket and I have a wild guess most will like it.

Now, my main problem with the Harman target reaches up on us once we climb up in the frequency range: the upper mid-range and the treble. Zero is no exception and the usual forward but harsh female vocals of the Harman Target show its claws. I was doing a random shuffle on Tidal when Miley Cirus - Malibu kicked in and from the first second she sang I could feel the sense of sandpaper and off timbre in her voice. This sense moves along up the treble region (David Carroll - Hell’s Bells) where I think people who enjoy more energetic signatures will like the Zero, but to me and my library I can’t fully commend it, as it has some more energy than I can take, leading into a volume dial down. To note that other than this, I didn’t find any type of piercing peaks that are the oh-so-usual around this price bracket.

The only two subjects left in the working bench would be the male vocals and treble extension. Well, regarding the latter I have nothing to point other than the lack of air sometimes which comes more obvious on busy passages. Male vocals fall into the more subdued side of things, sometimes meshing with the background (Woodkid - Run Boy Run) and lacking emphasis.

Closing up my thoughts with a word regarding technicalities, I would say that the Zero falls along the same guidelines of the best contenders for the sub-50 category.

To keep this section short, I have chosen three solid contenders for the price bracket that I had on hand and probably my three favorites for different reasons, with the honorable mention going to CCA CRA but that needs PEQ in my opinion, so I have to leave it out of this comparison.

Being almost siamese twins after the 400hz section, there’s not much to be said about these two other than bass differences and minor technicalities. The bass on the Zero is much more impactful and feels more average DD like, where the Chu’s bass is soft and pillowy in comparison but with a slightly warmer touch. The hair on the tech side goes also in favor of Zero with the Chu costing less than half. Overall I think I would pick Zero over Chu due to the bass dynamics.

These are two different beasts when compared to the Zero, given their warm signature vs its drier presentation. The CCA CRA+ comes out as more technical and airy than the Zero and, despite not being perfect, suiting my library better. The Mele is even warmer than the CRA+, and feeling mudier due to the drop in the air region, but having my favorite mids and vocals of the three.

Overall, I would pick both Mele and CRA+ over Zero. 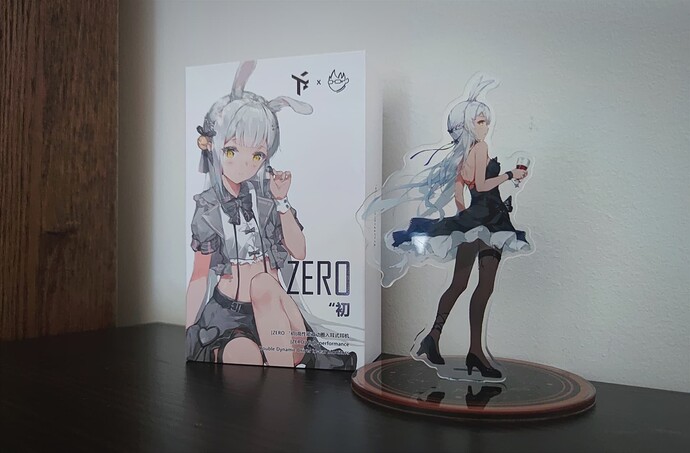 Despite my personal nitpicks, I have to still get around my brain and remember that we are talking about the sub-50 dollars bracket and recognize how far we have come in the last few months.

In my opinion it is just as fair to give the recognition to the Truthears Zero as much as I gave to other market sets, despite not being my cup of Tea. I feel that people who actively love Harman Target or sets like the Moondrop Chu can’t go wrong with the Zero, and for those this gets a recommendation at 50 dollars.

I wanna go on a tangent and also say that it’s a “cheap” way to find out if this target is to your likings before delving into something like the Moondrop Variations blind. Yes, you heard that right but please read it again with a giant bag of salt and keeping in mind technical differences and driver setups. But if Zero overall tuning is to your liking, Variations will just get better than that.

As a last word about Crinacle’s objective, I think the tuning speaks for itself and it’s nice to see some new inside the hood experimentation in the budget segments rather than the usual setups found on any shell. Kudos to that.

despite not being my cup of Tea

what is your cup of tea? Tea? 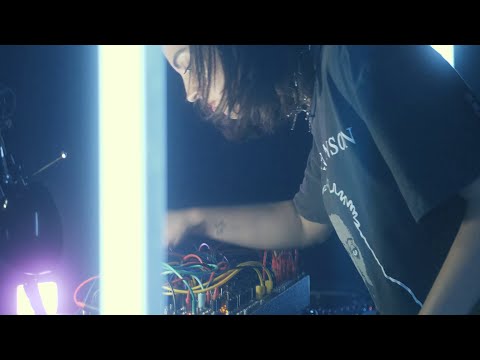 I just love to throw that, pun!

I will once a can. 5hours later than posting that review I’m already getting ready for a wedding. Sleep is for the weak I guess.

Take the time needed for your wedding: this kind of event doesn’t happen often in a life (it’s not supposed to, at least).

Oh it’s not mine ahahah, just attending a friends one.

Your time will come soon 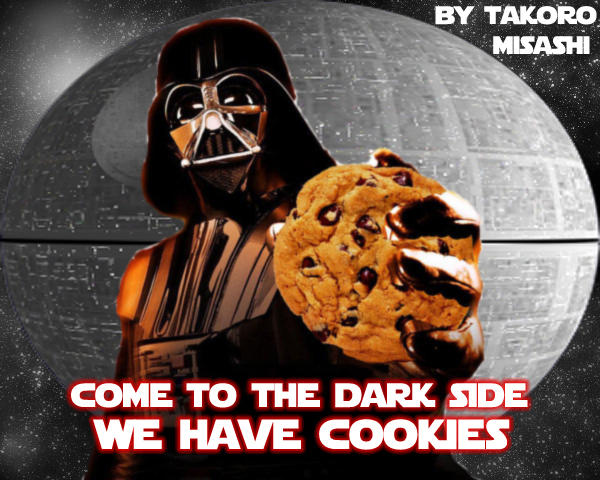 Last night I explained my passion/obsession with IEMs to my wife (she typically don’t know what’s going on with my hobbies) and explained to her why i liked IEM vs headphones and speakers.
That was cool!! wanted to share with you all.

I don’t know if tip rolling makes more of a difference in my ears than it does to most … it seems to with a lot of IEMs.

But tried the Mangird Tea with BGVP A07 tips. It’s a perfectly good IEM. The heck? My impressions still weren’t very good after 3 or 4 other tips, that I felt covered the main gamut of bore and material. Tried this tip on a whim and it finally went from uncanny to natural sounding. Imaging is at the precise level folks describe. Changed my cable to balanced at the same time, mainly because my player only has working balanced. That’s coincidental to the transformation in my opinion, just to disclosure as a factor for those who want to attribute anything to it.

Not my favorite but all the descriptions from others finally make sense and I can easily rec it as a price defying all-rounder. My cookie’s stale by now, but I’ll humbly take a nibble.

Got a lot more time in with the XBA-N3 today. Did a bunch of tip rolling and some note taking on them. I gotta say I’m a convert to the Spring Tips. The staging, air and details just open up so much more. This IEM easily has one of my favorite midbass presentations to date. Also, really loving the treble presentation. Nothing to sharp or hot for me in the parts that usually bother me like electric guitars and hi-hats/cymbals.

Did a full listen through of The Steve Miller Band - Fly Like an Eagle and Eagles - Hotel California albums which sounded superb. With some random Rush and 10cc tracks in between. I’m blown away with the sound and tuning of these for an IEM released in 2016. If I hadn’t known that I could easily be fooled they were new releases and at double the current asking price.

Ahah you have your

already, Tea liking or not.

Teas are the most sensitive iems I’ve came across, tip wise. From memory Tea2 are a fairly bit as well. I’ve used RDM for the longest of times with it, but A07 make sense to work on it as well.