Opamp upgrade worth? Or any Competitors?

Ive been considering doing this, as I know I could. From my understanding, there is not much in the way of an improvement when it comes to upgrading the op amp in the xDuoo XD-05 and Little Bear B-4. From what I have also noticed, there isnt any competitor to Burson, at least not one that I can find.
What I would like to know is how much validity in these two pieces of information?
Ive also thought about the Magni Heresy, and noticed that it looks like the op amp(s) are not upgrade-able. 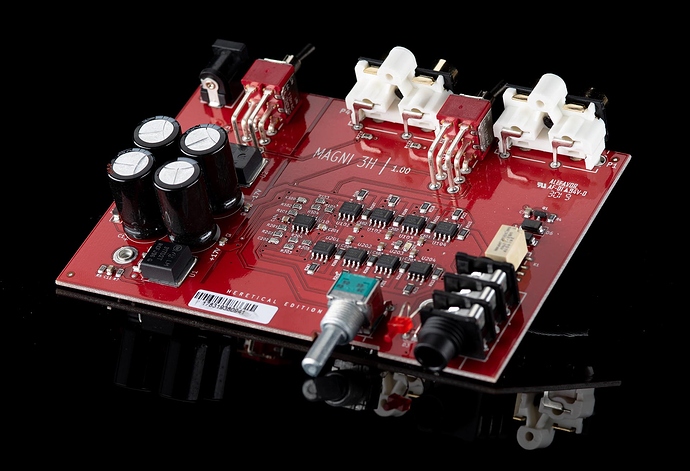 there isnt any competitor to Burson,

Ive also thought about the Magni Heresy, and noticed that it looks like the op amp(s) are not upgrade-able.

They are surface mount, for easily replacement you would want socketed op amps

They are surface mount, for easily replacement you would want socketed op amps

Well… That is kinda a given, but I do not feel like breaking out a soldering iron.

How do they compare to the offering from Burson?

There are significant differences, really just depends on the specific op amp model and which amp it’s going in, but as a generalization, I would say burson op amps lean towards warmer and more relaxed but also pretty dynamic, the sparkos are quicker and cleaner sounding, and muse is kinda in the middle somewhat. The stuff from TI and Analog devices vary a fair bit from op amp to op amp, so I can’t really speak there for a generalization.

Hi,
I tested Burson on a Fostex Hp A3.
Differences were perceptible.
And looked at it more like this, if you don’t use an equalizer or if there is still a little missing, it can make sense to give the headphones a final touch.
But I don’t think the effort with the Shiit would be worth it.
I think they are slowly at the limit when it comes to the Magni.
I would then, for example, select headphone amps where you can easily change the plug.
With the A50 topping, this is apparently feasible.
Where I spontaneously think of.
I found the Burson Vivid a bit extreme in sound, the Burson V5i I found most balanced next to the 627.
I have not tested the sparkos.

But should also be good.
It is clear even if you can solder well that it can bring something, it is not.

Think of rolling OP amps like rolling tubes, they’re all nuanced and different.

There’s a few comparisons. Sparkos vs muses02 vs some Bursons (v5i, vivid, etc).