Opinions on a 2.1 setup for a PC (gaming and music)

Hey folks! First time poster and pretty much a newb to the world of audio. I’ve always gone for decent headphones, but for speakers I’ve used 2.1 “PC” setups. I have been doing some research on possible parts for a new simple 2.1 setup to replace a busted set of Logitech Z623 speakers. One of the speakers has major buzzing and popping under load. Thinking of upgrading from there though for something a little bigger and with some more features. The goal for the speakers is mostly music (rock, EDM), and gaming on the PC.

Based on my research up to some point, I had the following parts in mind:

I got to this list based on some reviews and in confusion just picking whatever seemed to fit. The things I like about that little amp are that it’s super-tiny and thus good for a desk, unlike a typical receiver. It also has a Bluetooth option, so I could switch between PC Aux, or be able to play music from my phone. Speakers seem both cheap, and have generally “punches above its price” reviews. The sub though, I have no idea - seemed to fit. I can’t even figure out if I can use a powered sub with that amp, as the amp specs call for a passive subwoofer.

After spending the past couple of days doing more research, my head is swimming in suggestions as no two people seem to recommend the same speakers. So as an option, I was thinking of getting Klipsch RP-150M speakers as an upgrade option. Are these a good upgrade for the price? Basically, the Daytons come in at $55 for a pair, but I am thinking going up to $300-ish for a pair would be totally acceptable if the upgrade is that good.

Back on the sub front, there’s the Klipsch R-110SW that seems to have really good reviews. Same question applies, can these be used with the amp specified? No idea.

Well welcome to the world of audio. Seems like you are headed in the right direction. What is your overall budget?

And welcome to the cult.

Gooood question! So I obviously started low around $200 when first looking at parts, as I was aiming at a direct replacement of the Z623 set. Looking around more though, it seems there are a lot quality options, and if I can get a better set now, I don’t see why not. So now I am thinking $500-ish would be a good price point because it’s a nice round number. $700 possible if pushing it a bit, but if I am thinking $100-ish for the amp, $100-300 for the speakers, that’s already $200-400, then the sub will no doubt push that up another $100-300 to $300-700. Of course, numbers can go much higher with speakers, these are just reasonable-sounding values for my own personal wallet.

As you can tell this hobby gets pricey fast. There are great products at almost every price point so it’s easy to say save up just a tiny bit more and get X, but then just a little bit more and you can get Y. Would you rather have a passive set + amp or is an active set an option too?

So true! That’s kind of how I got here. Really easy to get lost. I started by browsing reviews of the Dayton Airs, and then some people said stuff, and suggested some speakers that were just a bit more. Of course looking for reviews on those, I found folks suggesting something a little pricier, etc and so on. Suddenly I am looking at $300+ sets when I started at a $55 set.

I am not entirely sure what advantage passive vs active has necessarily. It seems like with passive speakers I could conceivably control my system more down the line by getting a bigger receiver with more channels and inputs if I wanted to repurpose this setup for my TV. With that little Dayton amp, since it’s perfectly desktop-fit, I also get volume controls within hands reach, which might not be possible with active speakers as I’ve seen most of them integrate the volume knob into the housing of one of the speakers. I also don’t know how a Sub wires up to an Active system (it all feels a bit like magic)

Oh the other thing with Black Friday coming up, there are deals already in play - like Klipsch having sales. So I was thinking I could reach for some higher quality with the deals

That Dayton amp is for passive subs so I wouldn’t get that. The vast majority of subs on the market are self powered. As far as connecting subs to gear. Look for an amp that has a sub out connection. It’s the same for active speakers, some will have a sub out on the back of one of the speakers. Amp and speakers with sub out: 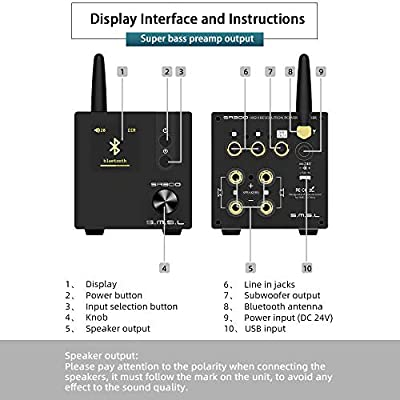 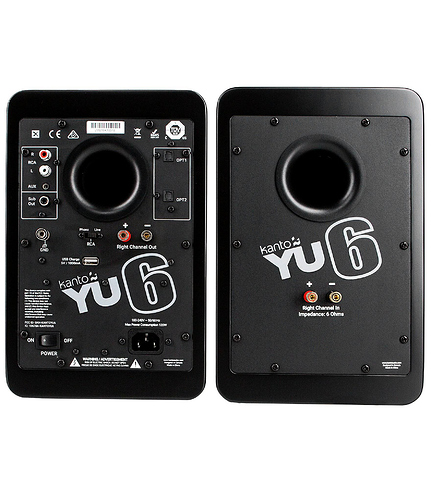 Ohh, I see. I was wondering that exact thing: the amp says “passive” sub. Seems like it is really not meant to work with active subs (which seems to be most of them), but I wasn’t sure what the practical implications of that were

You got me thinking on the passive vs active thing and the sub-out. I can pick these guys up at $249 right now. They have Bluetooth like I am looking for, and aux, as well as digital input. Plus they have a sub-out, so I can add, say, an R-100SW sub to it. Total would be around $450. Don’t know how good these speakers are, or if it’s the right price, or value though. 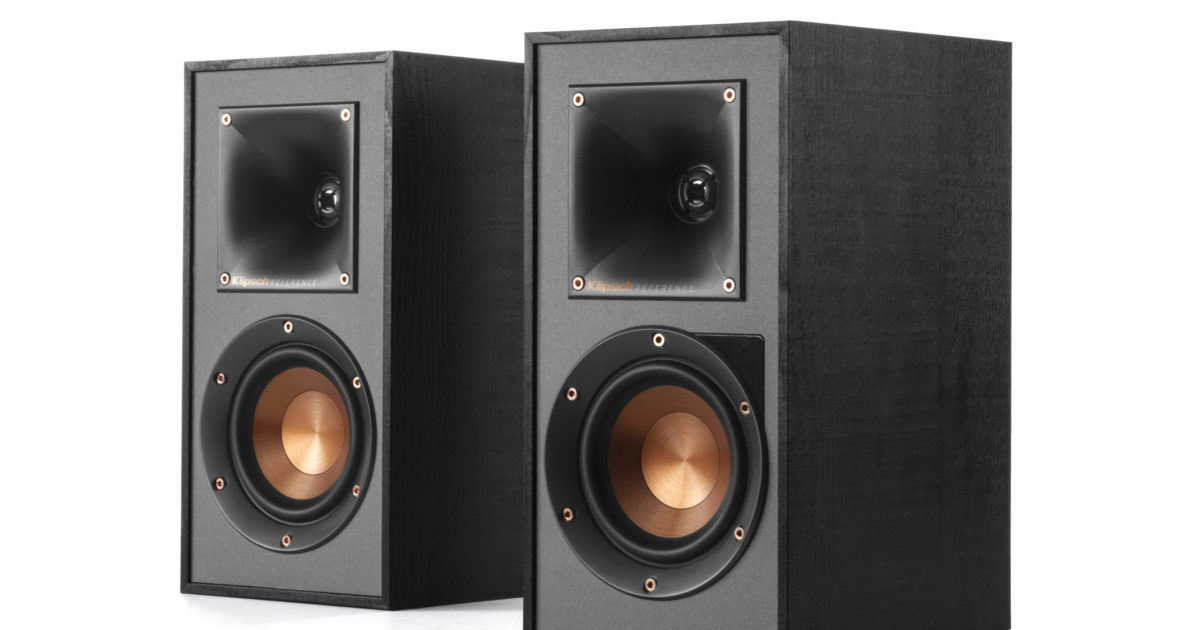 The R-41PM powered speakers are designed to connect to any virtually source without the need for an A/V receiver. Shop Klipsch now. 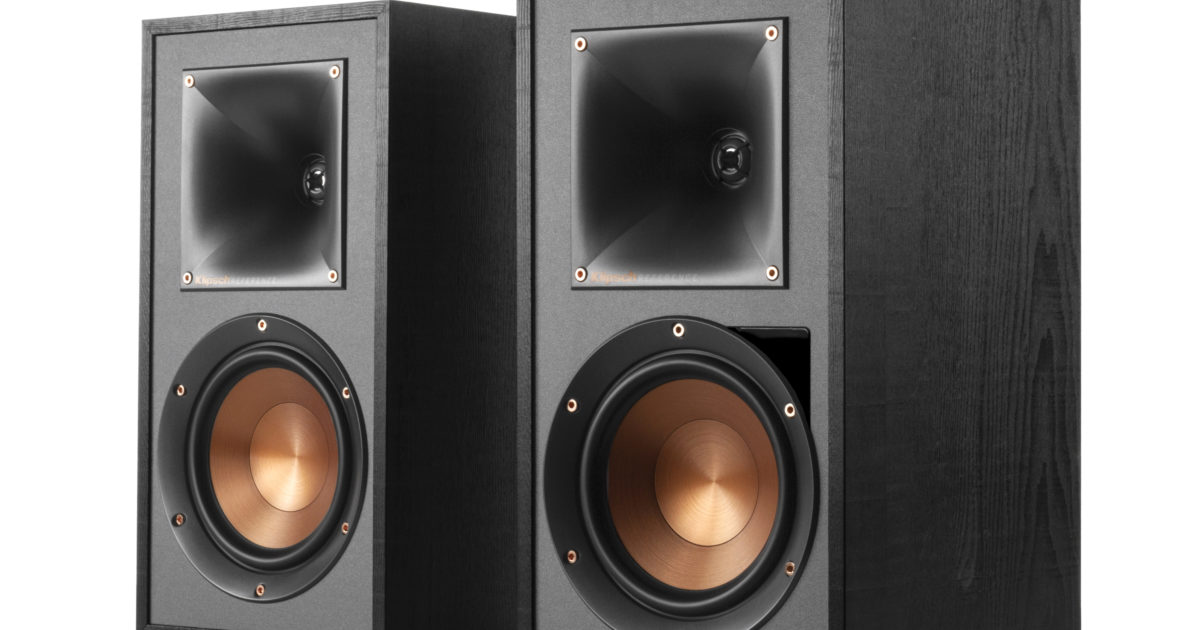 The Klipsch R-51PM powered speakers use a highly efficient, powerful yet minimalist design that engulfs listeners in their favorite movies and music. Shop Now.

On further thought though, passive speakers allow easy replacement and upgradability as desired as the amp is not tied into the total package

R-51 passives sound good with my yamaha AVR. How much of a difference in tone between passive and powered speakers?

Looks like the Dayton DTA-PRO (though at 3x the price) offers a sub-out for an active subwoofer. So that could be an amp option for the powered subs

I would go with an SMSL SA300 over that Dayton personally.

And these are really good speakers:

Oh, nice! These amps are cute (looks matter)! They also have BT 5.0, which is something I was trying to figure out if anyone offers. Comparable price to the Dayton Pro.

Those are the Klipsch that seem to best fit the range. I did I just come across the Ascend CBM-170 via reddit too. Do you have an opinion on these? Same price as the Klipsch right now (both ~$300).

A question: I saw another video where the person seems to have wired the speakers to the sub instead of to the amp in order to control the low-pass via the sub. How would that work with the sub-out output? Does the amp then control the filtering?

I have not heard anything about Ascend Acoustics speakers. I was aware of their existence due to them selling Rythmik subs, but that’s it. And yes you can run the wires from the amp to the sub and then to the speakers. I have never done that before because I have never had subs that have speaker wire terminals. The majority of subs don’t, most only have RCA for sub out. So that depends what sub you get. I wouldn’t pick a sub only based on that. Just get a good quality sub that digs low. Try to find one that can reach down to 30Hz if you can. Cheaper subs usually can’t reach that low so depends on how much you wanna put towards the sub.

So after some deliberation I went with basically the combo you suggested. SA300 with the RP-500M speakers. I kinda hit my targeted budget, so I went with the Dayton SUB-1200 to fill out to the bottom (I want the 1000, but it was sold out). If that becomes a problem I’ll be able to upgrade the subwoofer next round.

Nice, that should sound pretty good. Let us know how you like it!