Check out the 10 best professional Overwatch players and their gaming headsets.

I really hate this kind of stuff. Here’s our pros who are generally paid to say what gear they use due to sponsorships and the like. If you want to succeed in a shooter like Overwatch, you need a competent gaming headset, and who better to take notes from than the best professional Overwatch players.

About as bad as all the kids imitating the pros on league of legends when the population choice complete teeters for champions as well as strategies. It’s practically a sales pitch

For the record you can use any headset and be good in competitive but the moment you go and place a damn sennheiser GSP 500 and GSP 600 that have so much bass rumble its practically absurd, gsp 500 was one of my much older headsets I owned, and the rest being the logitech lineup, and some random odd balls, I discredit it completely. Top that off with the logitech g pros? They have absolutely terrible positional audio

the g pro x isnt actually half that bad has pretty ok imaging for the price. the soundstage is damn pretty narrow though and sound wise while not the greatest thing weve ever heard it’s good enough for gaming. this is overwatch though. in overwatch you can easily play this game to a a average to an above average level without listening to the game aside from obvious sounds like people yelling ultimates. and they compensate for headphones with its built in virtual souround sound which is dolby atmos for headphones which is one of the best things devs can add to sound engines and make half the headphones on the list ok to good for gaming. otherwise its overwatch sound doesnt really matter. look at siege streamers comparatively running 990s,1990s, hd 700s and 800s sometimes. cause sound in that game is like 25% of it

Overwatch in particular is an interesting one as the game relies much more on teamwork (= communication) than on every player being “the hero”.

Just goes to show that gaming brands get something about their headsets right.

I noticed that actually I was watching a streamer the other night and noticed immediately he was wearing the 990! Like oh okay then well least he has some good tastes lmao

I suppose yeah I didn’t think about overwatch as a game at its core… really positional audio and the like isn’t particularly necessary you can wear whatever you want in that game and generally be okay its linear with people screaming and hollering in the game. Dolby Atmos is like a god send for some headphones honestly… though the fact they jack up the price over it is aggravating. It’s like a $2 permanent program and a lot of times you got the companies wanting $30 extra over it lol.

Many Tarkov guys using Beyer aswell. Sound is key in this game aswell.

Good to know that one as I have a few buddies trying to get me to buy that game. Pretty sure I will be just fine though since I have the dt 1990. Though they explained its a pretty large scale game so any linear headphone or headset probably isn’t gonna be the greatest there at all especially if it has bad imaging

The biggest tarkov streamer (Pestily) actually has switched to the 1990s lately.
The sound is really the key to everything in Tarkov, even though it’s a bit weird sometimes.
If you buy it, expect an insanely steep learning curve, much frustration, annoyance, hate for the game…
But than, after you are through the first 100-200 hours it gets really great and is one of the craziest gaming experiences you can have. Nothing pumps more adrenaline than tarkov, seriously.
But thats not the topic here

I mean, I play league, dota, cod, battlefield, csgo, arma, planetside, among some others like even halo. Pretty sure I hate myself as is for subjecting myself to such rage at times lmfao

Will take your word for it though… I got buddies that want me to get into tarkov, siege, and valorant. I just am not so big into the competitive scene anymore… I used to hell I used to attend venues on the smaller ends. Kinda outgrew the ultra competition vibe though

Tarkov has nothing to do with a competitive shooter in the likes of CS, CoD, R6S and others.
So maybe it would be for you.
I was alone playing it at first and got a few friends to try it and we had crazy good times with it. Perfect to play with a few buddy’s.

It’s nice to show photos of competitive game event’s and the players are not using the headphones they like (advertise). lol
One guy obviously uses The Infinity Gauntlet in every game. Damm cheater…

My brain is bit wonky.
Why not use and train with headphones like these, what they actually use in events? 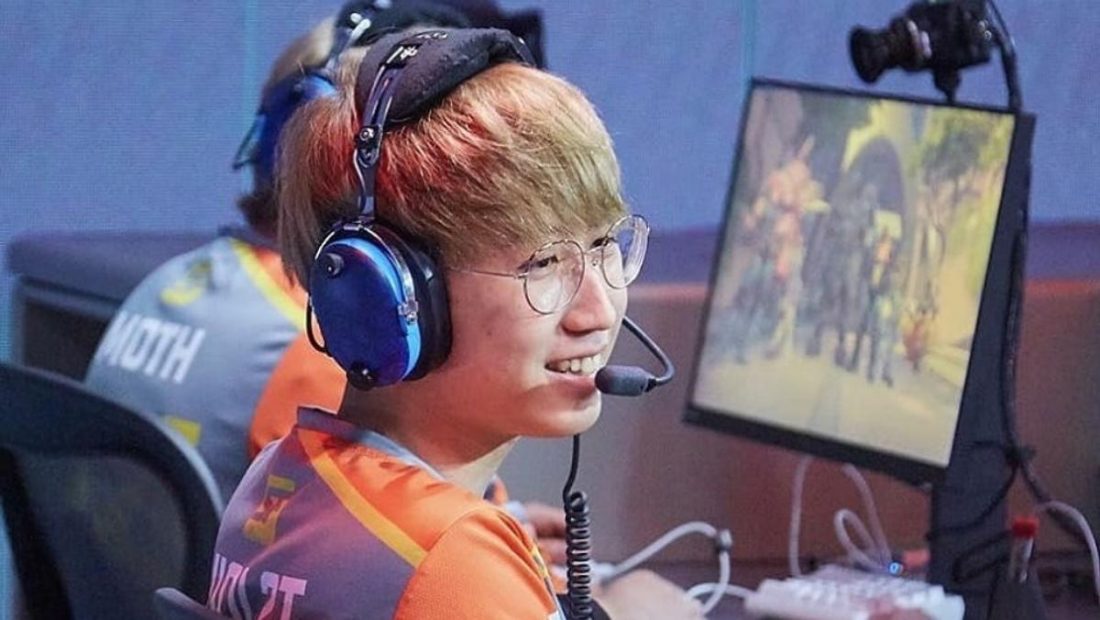 Why not use and train with headphones like these, what they actually use in events?

Because the companies pay these people to put up whats basically advertisements for their brands claiming it’s their favorite headset this way they sell more product and it works well. Venues give you and everyone else the same gear during tournaments to keep things balanced out and based on skill. Training with an average closed back though will help in terms of if you are dead serious bout getting into venues however, I wouldn’t say it’s very fun nor would I say its necessary as most won’t get that far honestly.

So maybe it would be for you.

I mean, maybe. As long as it’s community as somewhat welcoming and not ultra competitive full tilt try hard every game I can find some kind of enjoyment in it.

I wouldn’t say it’s very fun nor would I say its necessary as most won’t get that far honestly.

I totally get the marketing. Like those 30$ “gaming chair” are shit but people (parents and some other) buy them and are no where near a good quality chairs. Same with audio and marketed headphones and any other.

Besides doing to “Pro” ain’t easy and fun. Hard work and even more commitment.
Fun = Casual gaming and making other players mad of all the sh%t you can make to mess their games up.

I mean we host truck and van races in Warzone but it’s nice to win every now and then.

I would still aim to use the similar type of setup if playing more HC and event’s. Pro’s can adjust to any gear and still be good.

Besides doing to “Pro” ain’t easy and fun. Hard work and even more commitment.

I mean, this is one of the reasons I say most won’t make it. A lot play games for the fun factor they don’t fully commit or take it fully serious let alone most just in general aren’t good enough. Harsh truth

I mean, you can play competitively without the wish of going to the tournaments someday and still have fun though I would say yeah its still casual.

I would still aim to use the similar type of setup if playing more HC and event’s. Pro’s can adjust to any gear and still be good.

Oh definitely, and it’s one of craziest things i Hear all the time. Just buy a headphone you enjoy the sound of if your going to do that preferrably a closed back. Stressing out over the little details of sound and staging can get annoying pretty quick and while ya know… you could be just this amazing gamer using a dt 1990 going to a closed back linear soundstage suddenly will cause your skill to drop cause your just not used to it lol

The game itself is superhard with its mechanics and you will meet lot of sweatlords that blow your head off in seconds, but the nature of the game allows it that everything can happen but nothing must happen. Community is a good one and definetely one were many people play this game religiously

. Maybe try it once before you buy…

Why not use and train with headphones like these, what they actually use in events?

Because plug in and don’t care beyond that.

At events, it is regularly the case they have IEMs with actual audio and isolating headphones with white noise to shield them from the audience.

At events, it is regularly the case they have IEMs with actual audio and isolating headphones with white noise to shield them from the audience.

once upon of time it was only a closed back headset now this has become the norm for the sake of isolation.

food for thought, just buy a closed back headset… don’t care otherwise just as long as its comfortable and sounds good move on. Gamer mindset

once upon of time it was only a closed back headset now this has become the norm for the sake of isolation.

Buying a pair of headsets (even good ones for 800€ a pair for several teams of 10, total of 10k-ish) is cheaper than ordering closed cabins from the venue (~20k to 80k, depending on specs for the cabins).

I specifically selected that headphone picture, cause they did not have IEM’s under it.

Yes, i know sometimes indeed they use 2 set’s.
Most tournament games i have watchet, they only had 1 headphone in use. Most times they look “crappy” but get the job done. No hifi.