Looking for a bit of nostalgia. Anyone able to recommend some model of cassette player (walkman, but it necessarily Sony). Would like to keep the budget sensible and obviously something relatively good sounding (for a cassette player (.

I would look for used or refurbished cassette field recorders.
AFAIK there is only one mechanism still in production, and it is shit at best. 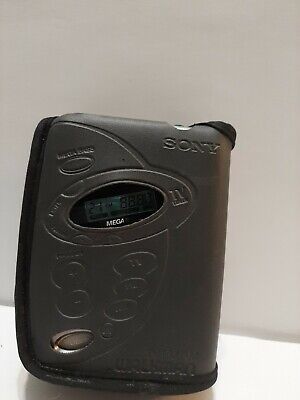 The fun of the early 90’s making mix tapes and continually recording over and over again. Man forgot what top blank tapes I use to buy and I do remember it wasn’t that cheap when I was only making $4.50/hour. Tapes where cool for ripping off music off the radio stations and remember recording a college station from Rutgers playing Industrial music. Think it was every Wednesday night. That’s what made it cool getting music for free anyway possible.

new cassettes sound fine. problem, and why they didnt stick around, was longevity. ripping music from radio was the best. also a reason cassettes got phased out fast lol.

I had various cassette stuff late 80s, early 90s but CDs became the thing and that was that. I doubt I ever owned a particularly good cassette player. It was only years later that I realised vinyl could offer something more than a CD. While m not expecting that from cassettes, I would like to experience what the format can offer with a 2022 perspective.

I also regularly spot cassette releases in bleep.com which intrigues me. And you know… I hate having money, I really need another avenue to senselessly sink some cash into.