The speakers produce some weird fluttering/rattling bass between 38 and ~50hz. Is it normal? Do I send them back for a replacement or do they need to be burned in (highly unlikely) ? 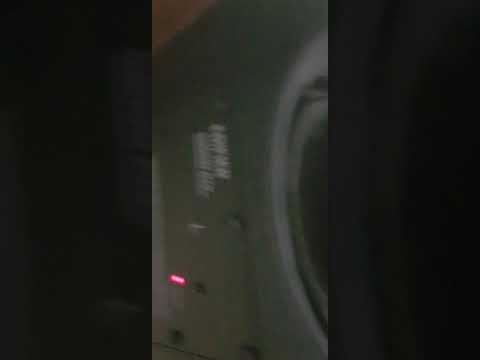 @Deimos mine did this as well. The rear ports push out a quite a bit on bassy tracks. Solved mine by pulling away from the wall and slightly toed in. Try pulling well away from those corners and see if still does it.

Sounds like port noise, or the air over the port is causing some issue.

First, set the bass to neutral because if you’re upping the bass, you’re playing outside the cabinet design.

Second, put your hand over the port. Seal it off. You can even tape it over. See if that solves it.

Something about the sound seems like its a rattle. Maybe try to press on the port while playing music to see if it’s glued correctly. Or there might be something inside loose (if this is happening only on one).

Moving them away from the wall didn’t work.The bass sounds clean regardless of level until it goes under 50hz , that’s when it starts making that sound through the port. By the way , BOTH speakers make the exact same sound. Maybe it’s normal? I’m just not sure if I should send them back or not…

Tried everything said here , came to the conclusion that they might just not be able to handle bass under 50hz. I might be wrong and I don’t know whether to send them back or not. It’s too oddly specific of a problem for it to cause this problem ONLY when the bass is lower than 50hz on both speakers. If it was just one speaker , then it would be understandable. I’m just confused at this point…

Only few measurements are available and they all show they “die” after 50Hz. Complitely.
Might even be that bass driver makes the sound of overexcursion. Kinda sound like that also and not just port noise. 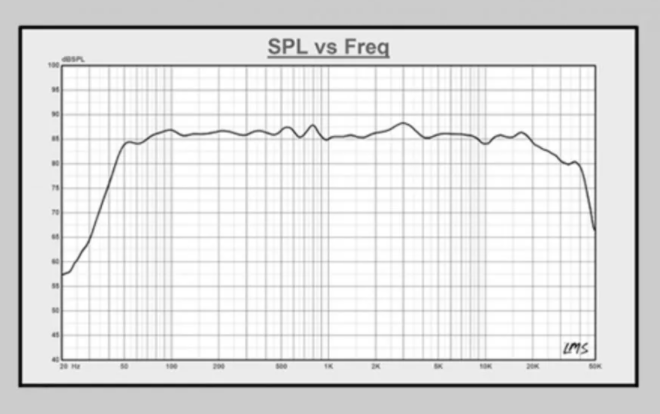 One thing you could try is putting them in Monitor Mode: but might not help.
Subwoofer to cut the lowend of monitors OR EQ them out OR bigger (better) monitors so they handle the low’s.

Thanks and yeah , there can’t be any other explanation… the bass is clean above 50hz no matter what. I was just a bit confused because they start at 38hz according to specs and I assumed they can handle bass all the way down there after seeing praise on these speakers regarding the bass.

This was just lack of knowledge since I could’ve bought something like Adam Audio T8Vs at a similar price but I’m satisfied with the Edifier and I already got a subwoofer to compensate for the low lows anyway.

Some might notice something is going on here.
More reliable monitors are those mentioning range when measured in ±5db or even better.
Some mention 2 difference values. One being like in ±6db range and another in the 1.5db in free field (tech.documentation not just a user manual).

Adam Audio has good products. Specially the A and S series

Currently unable to listen to the video.
Maybe get some acoustic foam (or just packing foam

) and roll a strip of it up and stick it in the port.

It’s less audible from my listening position but still noticeable and it only occurs when tracks with sub bass are being played (under 50hz to be specific). I don’t think there’s anything to do about it and I don’t really mind anyway. I was just wondering whether my speakers are working well or not since I don’t have that much experience with speakers.

I was just wondering wheter my speakers are working well

Unless it’s some internal rattling, which I can’t say 100% that it’s not just from a video, Edifier does tend to push a lot of bass in their designs from relatively small speakers.
That kind if bass in a ported speaker is going to move a lot of air very fast, and the “only” way to reduce chuffing is to make the port wider and/or longer, or remove it completely but that’s another conversation.
There are speakers that pull it off, but they usually cost way more than the S3000.

IMO, I would just turn the bass down a bit from the tone controls. It should calm them down.

Normal bookshelves really can’t play much below 80hz, let alone truly play 50/30hz on a flat level. Even the largest of studio monitor bookshelves struggle to produce an actual rumble, but do produce the note if they’re tuned that way. That’s what subwoofers are for.

I say this because most bookshelf speakers can’t play those lower notes–can’t, as in they are physically limited by the driver and cabinet design. Most of the time when they attempt to play it, the sound isn’t there or isn’t there in mass.

Edifier is most likely EQing the drivers to produce a flatter response, which is fine. So long as they say it’s fine, it should be.

If you’re using EQ from source/DAC or adjusting EQ on the speakers, you’re pushing the speakers from their design. Just don’t do that. EQ until they have issues, then take a step back.

If you’re not, and this happens at listenable volumes (max/too loud can cause issues), then I’d say there’s a fault on construction. Probably worth getting a replacement–I’m for good Chinese products, just not Chinese QC, so return away I say.

let alone truly play 50/30hz on a flat level. Even the largest of studio monitor bookshelves struggle to produce an actual rumble

Not really.
Just need a big enough bookshelves and beefy bookshelf to support them (stands)

Subwoofer sized or coffin sized. +10" drivers and so on + power.

are physically limited by the driver and cabinet design