So wanted to show of a project my father and I have been working on for a potential business. Its not bad, but we can do better and learned a lot in the making of it. Its using a Transformer from a circular chart recorder, a 6V4 rectifier, and a 12AX7 type tube. You can tube roll it, but need to watch the current draw from the transformer. We used 12AU7 for a larger volume swing as well, and a 5751 when we did initial rolling. It sounds good, but I don’t know how flat she measures yet as we need to get the oscilloscope fixed. Tubey warmth was added to my Koss 95x when I have tested it. Wiiiiiide and super close center image with vocals. Its intimate overall, but for a lack of better term just weird LOL. Oh and we are proud of our wood down here, this is made with persimmon.

I will add pics in like 5 min on an edit. 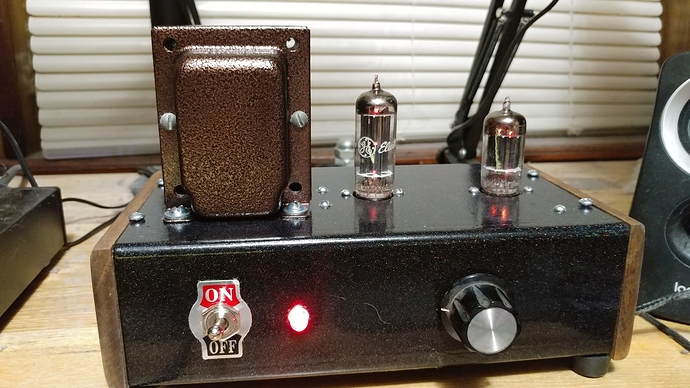 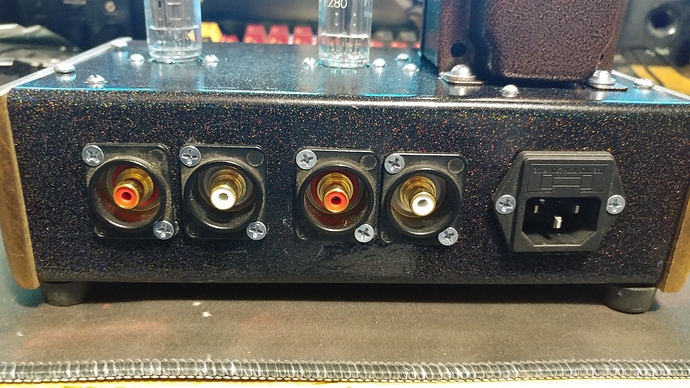 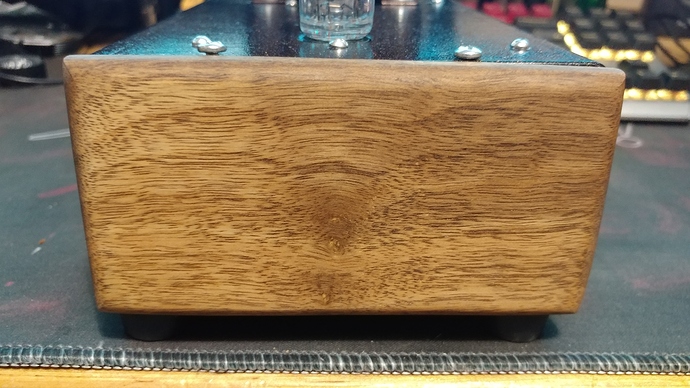 Feel free to ask questions, I got some thoughts on a Mk. 2 for sure. I like this, but I want more…

Additional edit: I didn’t know we finally added a DIY section so sorry on that. This is more like a production prototype so maybe it could go in either LOL.

Wait, is this a pre-amp or an amp? You mentioned the Koss 95x and totally threw me off. Awesome job otherwise! I just want to know how it powered the Koss now😂

This is a pre-amp, the chain went Source>Mk. 1 Pre>Koss 95x Energizer.

Very very nice! I so want to figure out my way around electronics like this, so very happy for you. Great skill set and hobby to have at a young age. Bravo

Thanks! Not as young as I used to be, but I have a good teacher and I am trying to keep up.

Since this is my fathers first design from scratch we have been super happy, I think it proved to him that we can do it. LOL I’m just making sure we have ALL our ducks in a row before we send a unit to someone like Zeos…

We are looking at a line up of Power amps for speakers, a headphone amp because of me, also potentially a pre like this or even plate amps for guitar stuff. Got a good plan and good marketing material…now comes the substance

In that case best of luck to you! I wish you great success!

I didn’t know we finally added a DIY section so sorry on that. This is more like a production prototype so maybe it could go in either LOL.

For now I moved it to diy, but if you want just move it back to wherever if you feel that’s more appropriate. Also it might get on more people’s radar since the diy category isn’t as full as others lol.

good looking preamp! wish you and your father best of luck!

Thanks M0N! Yea until we have our dovetail boxes down its more diy anyway so no worries.

Maybe I’m biased cause I love welcome to the NHK but that looks amazing. Looking forward to the updates.

Looks absolutely gorgeous, (I’m not that good at aesthetic, so to see such a good looking DIY is really impressive to me) and it was probably for the best to use a 12AU7 vs 12AX7, besides, using a 12AU7 allows for greater tube rolling possibilities, even allowing the use of 6SN7 types.

Also 6V4 as a rectifier, not a bad idea, honestly I’ve heard people say that 5V rectifiers are more reliable compared to their 6.3V contemporaries but for the size of the preamp, it’s understandable that it’d look awkward design wise (As well as a possible size issue due to the socket) to use such a large tube.

Honestly kinda tempted to use 6V4s now myself to see the difference between SS vs Tube Rectifiers. Probably not though since idk where to fit another transformer in my amp to power a rectifier, even one as discretely sized and low consumption as a 6V4.

Tubes rectifiers sag more due to internal resistances giving the sound, and particularly the bass, that warm and easy going sound. I’d imagine this would make even harsher sounding amps sound smoother to an extent using the right types of tubes (I’ve heard Electro-Harmonix have quite a bit of treble tho, especially their gold pins, so that’d be good in a scenario where you need to add treble to a laid-back amp).

Idk either way it looks great, hopefully it goes well and that you keep on learning to produce even further improved design.

To me, this looks awesome. It’s amazing what a person can create when they learn a craft and apply it to a design. If you ever go into business, don’t forget to offer a HiFi Guides discount!

Oh also, forgot to mention 2 things, 1) The Flush Mounted RCAs turn me on (God they look good), and 2) Just noticed your Profile Pic, remember watching NHK on Netflix a few years back, might watch it again this weekend.

It’s an alps, I’m intrested in stepped attenuators, I know our goal is to provide a good hand built American tube amp with American transformers, but we would have to look at the cost/consumer benefit of using one to see if it is worth it. With the alps I didn’t notice a volume discrepancy. So maybe checking a box is worth it, we shall see.

Unless your price is up there,I don’t think stepped attenuators are worth while FWIW.
I’d rather have higher quality transformers or caps for the extra $.
They start to make sense when you reach diminishing returns on other components, and even then the limited steps can sometimes be annoying.

I’ve seen some competitors in the US sphere, I think we are gonna end up falling in between the higher end of Schiit and below something like high end Bottlehead. We have work to do, but I think we can make it worth it due to the sheer cost of components we will be trying to use. Don’t want to say too much, but hopefully we can bring a higher level of performance to a lower price segment. That’s always the goal.

I mean for stepped attenuators, I bought one kinda like these to test it out on my Darkvoice a while back and it seemed to be pretty dead on when it comes to being centered (tested with mono and it’d play dead center). Didn’t really notice a quality difference v.s. a normal pot (Alps), so idk: 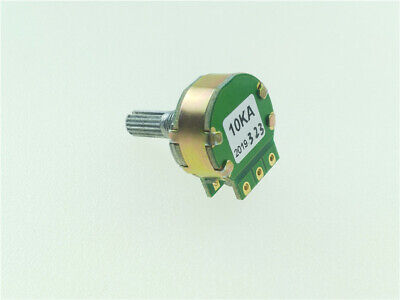 Although like Polygonhell said, it would be preferable to use the extra money on something like higher quality parts such as Better Transformers (Especially Output and Input Transformers since those play with the signal) and Caps (Low ESR for the Power Supply would benefit alot I think, and maybe for higher end stuff offer Film Caps for the power supply?), maybe higher tolerance resistors (1% Vishay For Power Supply or Z-Foil Grid Stoppers) or if you ever do a Solid State rectification Amp/Preamp, maybe buy Schotkey or HexFRED, I mean there are supposed issues when using Schottkey for rectification (I never noticed it), something about their recovery time being too instantaneous at less than a Nanosecond (0 Nanoseconds in some spec sheets) and also not providing soft recovery and higher current leakage, so maybe HexFRED would be better (Also heard they sound “Warmer”, idk if a diode can sound Warmer though)? 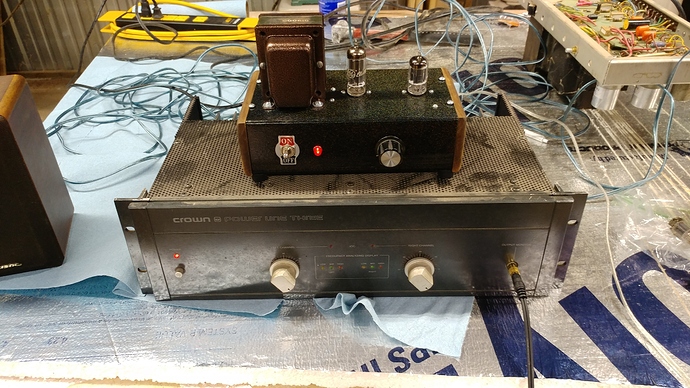 Also Yepp quality transformers are not cheap. We are moving to test some 30/60 watt power amps now. Hopefully we can make some magic with the vintage JBLs we have on hand