Recently I did some research on the benefits of open-back headphones for gaming, and came to the conclusion that I need to own a pair. I’m kind of new to this, so I’d like to hear your recommendations!

Note: I only have an old ASTRO MixAmp from 2013

It give a lot of open back.
Do you have take a look what you have see from Phone and Dac?
When you would go away from the Headset.
Buy a good Phone and Dac a seperate mic.

For the Dac is only possible when you use the Ps 4 pro because it have a optical out.
The ps 4 slim have no optical out.

Ans for the Mic who have usb plug.
Or when you have the Ps 4 pro an connect via Optical on your dac.You can buy a Mic with 3.5 mm plug and put them into the controller.
This is possible.
But we need more Information of the ps 4 it is a pro or not for a Dac recommand.

You will benefit from a a 7.1 dac/amp for action games

desktop wise, something like the Sennheiser GSX 1000 or Sound BlasterX G6 (I have no idea if you can use the USB ports of your PlayStation for powering sound for them) as they can reproduce ambient gaming sounds that you can actually ear from a specific point, amazing for CoD game-a-like

Regarding open headphone with mic, I truly recommend the Massdrop X Sennheiser PC37X, here’s a review.

If you don’t want that, this article from last February can help you select other brands/models.

Thanks! I’m new to the whole dac/amp thingy, so also not sure if my PS4 can power those haha

not sure if my PS4 can power those haha

that’s easy… go to a store and buy one of them, ask about the return, you normally have 30 days return policy no questions asked, take advantage of that, just be careful when opening the box so you can close all correctly and test it to see if you can even use it/like it

That’s a good one, thanks!

I am useing the G6 it powers of the ps4 usb port works with a phone charger and pc usb port aswel.

Does the G6 work on a first gen PS4 too? And does it only connect via USB?

It needs power via usb either through the ps4 or a phone charger. The sound works via optical(dolby) or usb.

Are you living in the Netherlands (based on your name)? Where did you buy it?

Yes i do i bought it at the alternate webshop recieved it a day later after placing the order.

Going to completely disagree with quite a bit on this post here. Will have explainations. Sennheiser 6xx bad for gaming not a wide sound stage. Get a 58x if your going sennheiser as its all around better in game. AKG k702 is better than k701 but this series suffers from lack of bass despite having an extremely wide sound stage the bass is outright lacking here. Audio technica would be the AD—x series and like the k series from akg these lack bass and are more colored not the greatest but ad700x is usually the recommendation with ad1000x for proper seperation. Do not go GSX 1000 these are garbage for higher sound and 7.1 is a niche that does not provide ANY benefit in game it actually ruins the sound. If you are going to go amp/dac look at the G6 like mentioned as this will suit you fine and is a lot stronger than the gsx 1000.

Amp: G6 works fine on these DT 990 may suffer slightly due to higher treble peak that g6 doesn’t resolve and can sound sibilant due to it.

Microphone: Depends on what your looking for… general just gaming? Go with a modmic USB want a cheaper option? Go with a lavalier mic that attaches to your shirt or headphone cable.

Explainations for reasoning behind the headphones chosen. 58x has a wider soundstage and is all around good it benefits from both casual and competitive as well as music as it is a balanced sounding headphone. DT 880 this is like the 58x but with a wider soundstage and a Slight V signature meaning your bass and your treble are slightly amplified the lows and high ends of a headphone are what you hear 95% of the time in any fps. DT 990 the sharpest sound and the harshest of the V signature this has the widest of the sound stages and you have 360 degree visional sound around you naturally you can pin point sounds from a very wide distance making this one of the best in its budget for competitive… 880 would be recommended if you prefer a more all rounder to this and less treble and 58x for more color and body to the sound. For the DT series you want the 600 ohm version which is listed under the “edition” or “premium” versions not the “pro” if 600 ohm is out of budget run a 250 ohm pro any lower on the ohms and these headphones will sound bad and beat the purpose of using an amp/dac to begin with as from there you would be better off using headphones that don’t require an amp/dac

Sound stage is your distance you can hear and pick out sounds. this goes alongside seperation of sound as some headphones will sound blended not allowing good pin point sound. this goes alongside imaging which allows pin point accuracy as sometimes youll hear something and it wont accurately place the sound to you from a distance.

It would be a good idea to have a dedicated amp and dac instead of a combined unit as you will benefit more from sound and balanced sound wise… This becomes expensive as a general gamer setup for these two seperate will run $200 maximum. If you are okay with this and will go the DT 990 go with a liquid spark amp and a dac with the optical plug. For the 58x jubilee and 880 go with a magni 3+ amp and again a dac with opticals

Final note: these headphones look expensive at first glance… there are many people who sell these in a Like New or Mint conditioning for half the price. Look around.

What’s the difference between the 250 and 600 ohm version? Will my Creative G6 be able to power those?

Note: I live in the Netherlands, so the 58x’s won’t be an option for me.

Yes, your g6 can power them. The different will be in sound. The 250 ohm pros are your standard run of the mill sound for this headphone meanwhile the 600 ohm versions will have a much cleaner, much more detailed sound, with lows that are more prominent and deeper and a toned and slightly dialed back treble for ease of listening. A good gaming alternative will also be the Phillips Fidelio X2 HR. While these don’t particularly have the greatest kit in competitive they are another all rounder and a very “warm” very wide sounding headphone with a very deep bass to them. Compatible with V moda boom pro and other 3.5mm jack microphones could make this a cheaper alternative while still maintaining a very solid headphone for use in gaming for those on a much stricter budget lining. In the case of using an amp setup for Fidelio the g6 will be fine but it would be better with the Magni 3+ since it goes along with the warmth signature the fidelios already have.

another final note: due to the extent of the virus outbreak the market on headphones and equipment is higher than normal. It is difficult to find these items at a good deal at this current time… be careful on what you buy so that you don’t buy higher than average price and try to cut some price corners where possible.

Also, I don’t see the difference between the DT990 Edition and the DT990 PRO. Is it just the ohm’s? And are the black editions (which imo look so much better than the regulars) differ in any way from the normal colorways?

Black edition only came in a particular ohm, Pro has a different clamp force and different outside design purely asthetic compared to premium. Premium has a straight cable and pro has a coiled cable. Premium is heavier than pro. Premium was designed more for consumers while pro was designed for studios lol you think the black looks good? Beyer also offers a custom service too. like this. 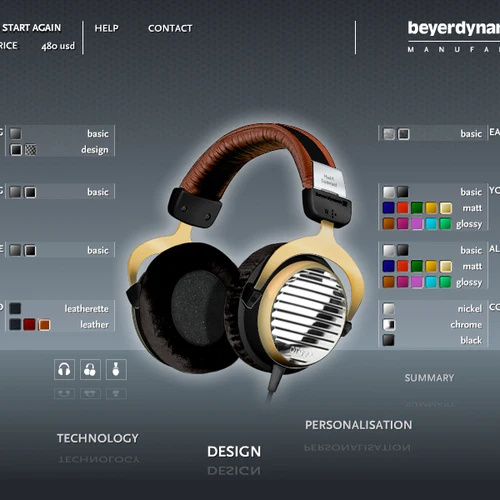 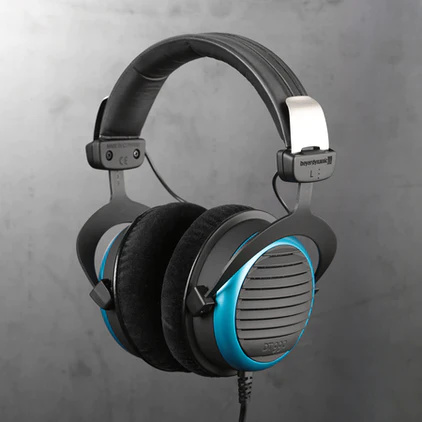 but these are much more expensive due to custom

Nice! So, no besides looks, feels no differences in performance right?