Howdy, im looking for an upgrade in sound and from what i’ve read on here i think it comes down to the mixamp. Im currently using dt770 80 ohm and dt990 edition with a modmic. All i play is Hunt Showdown and a splash of COD so accuracy is important.

Thanks for the suggestion. That looks pretty good but for that price i wonder if i would be better off getting a stack with more power?

mic pass is the biggest problem with most stacks.

I was looking into the hel before i started down the rabbit hole.
One thing im still not sure about. Lets say my 770s are plugged into a dac, will my modmic still work if plugged into the controller?

no clue, sorry. try it out. u can do that now

I haven’t had a ps4 in a while but I don’t see why it wouldn’t work. On the PS5, the mic output and sound output are separated. I have the schiit Hel-e

With the wired modmic you can do this with any DAC/amp. You will have to make sure that the controller doesn’t try to output game sound when you plug the mic in.

Been trying to make it work this morning. Looks like mic out and sound out cant be separated. Unless there is some sort of way to work around this? 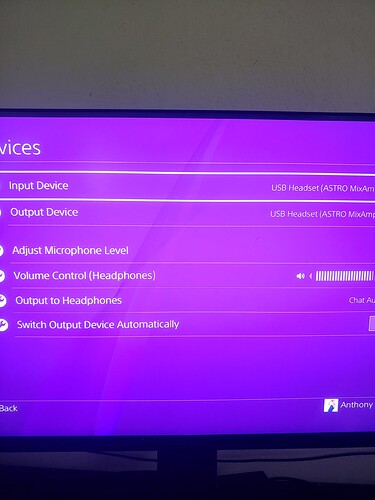 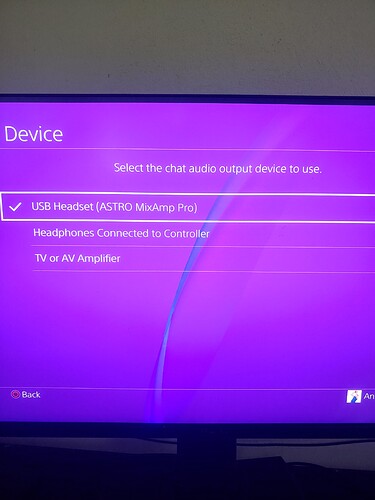 I have the beyers plugged into the mixamp, mic to controller, then i select Headphones Connected to Controller. I still get sound but no mic output.

There’s no other option for input device. Only mixamp

got ya. i was not 100%. but i had looked into separate amp/dac at one point for mine and found the mayflower. wasn’t 100$ sure though.

edit: burson audio also makes a few models with mic pass. cost more, but also a better product. for the life of me i can’t remember who else makes one. theres at least 1 or 2 more from non gaming companies out there for less then 200$. well less then 200$ when the ark was 229$. its now 279? so they are probably more as well.

that might be an issue with the mix amp. 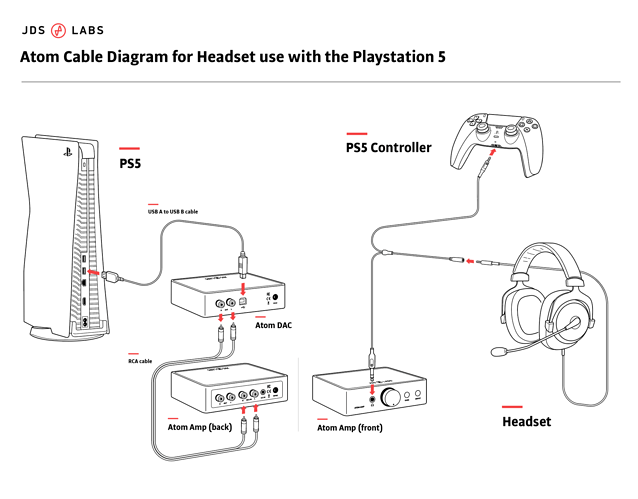 from jds labs website. if it works for them, should work for all? i would guess the mix amp takes over somewhat. i think you would be good with most stacks using it the way that this picture shows.

edit: granted, ps5 pic. but im pretty sure the same works for ps4. others mentioned it as well. other options would be getting a usb mic or a new headset.

the fulla 3 from schiit also has mic pass and is i believe 50$ cheaper then the hel. only costs a little more then the astro mixamp. and has more juice. the hel has close to double the fulla though for power and more features like mic volume.

I think the Y split needs to be flipped. You’d want it to sum at the controller instead at the headphone/amp. This can be tested pretty cheaply with a headphone/mic connectors that’s for laptops.

Ok so, headphones to mixamp. Modmic to Y splitter to controller. This does work.

After hours of research and fiddling i just want to plug a cheapo headset into my controller and be done. Not really though

If you go that route check out the Audeze Penrose or Mobius. The season of sales is starting so you maybe able to find a Bstock sale directly from Audeze.