That’s somewhat typical, so I wouldn’t worry about it if there isn’t any issue with the sound or functionality

Hello,
This has no effect as long as the contact remains.
It may well be that it comes from the glass but the contacts are straight.
This is due to the manufacturing process and there is nothing you can do about it.

The second point you mentioned is that it can also happen that a little more coating is applied than the other tube.
This also has no influence on the sound or otherwise.

The production of the tubes used to be more machine-based, but today it is done more by hand.
It can be that employee A has coated more than employee B.

Unfortunately, my tubes on the Euforia are not symmetrical at the getter either, which would be nicer for the look, but has zero influence on the sound.
Visually it is a bit disturbing but that is a matter of head, the more you hear the more it disappears from your mind.
Look at what music you want to enjoy on the monitor rather than on the amplifier

Have fun with the Echo and keep in mind that it needs a burn in time, especially the tubes need time to break in

one of the driver tubes is slightly dimmer than the other

I can honestly say on I don’t think I have a single pair of tubes in any of my tube amps (at least 5 amps) where the heaters glow the same as each other and they are pretty much all matched pairs.
And with enough tubes one will almost always be crooked in the socket.

Thanks for the replies! I was guessing it was just my ocd getting to me but wanted to double check just incase. The amps definitely living up to my expectations so far 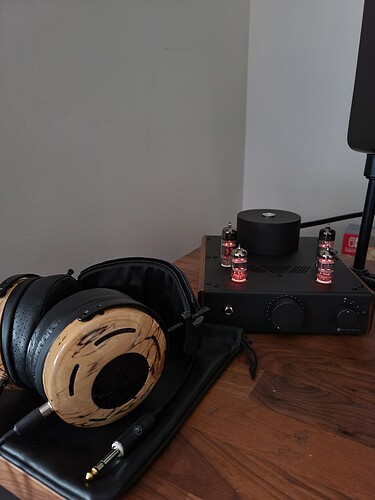 Hi guys! I have a similar question but with a twist. So my xduoo TA-30 has recently had the same issue where one of the tubes has started to become dim, but the thing is that it always used to glow at a comparable rate. I’m not sure I can decern a difference, but I also can’t pinpoint when this change occurred. The only thing I was able to find on the Internet was that a tube that doesn’t heat up like it used to is that it may need replacement.

Am I good here, or should I replace that tube? 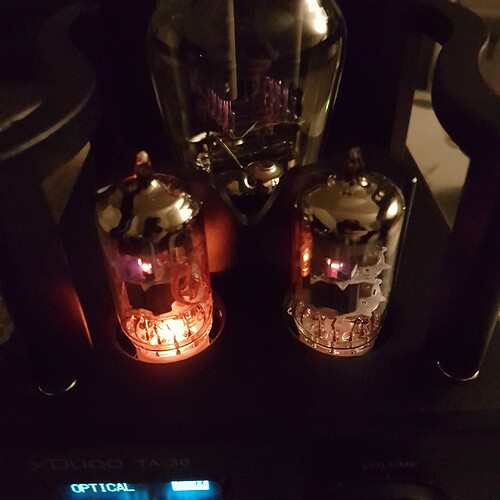