Was looking at some radial products (a passive line splitter) and saw this on their website. It’s basically a dac, right?
Uses USB which Zeos dislikes but they say no drivers required regardless of platforms and outputs two balanced line outs, kinda like the Geshelli labs Enog 2 Pro. 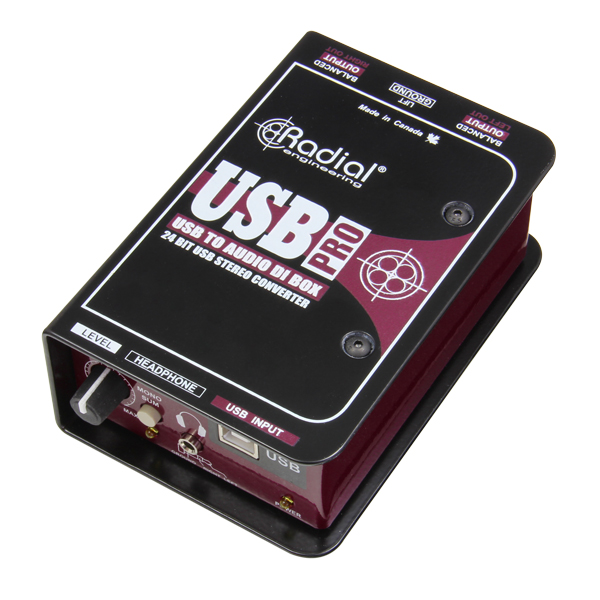 The USB-Pro is a high-resolution DI box that connects to a laptop over USB and provides a pair of balanced audio outputs to feed a PA system.

Does anyone have any experience with this item?

No experience with this particular dac, but just wanted to note that usb is not a bad thing, and actually the preferred option for a decent amount of people. It just has an extra set to get it setup compared to optical. USB might not make sense in Z’s case, but it might make more sense for other people. Also check and see if there are measurements of the usb input and optical input of your device and see what measures better. But realistically if both are configured correctly there should be no sound quality difference

I don’t have a personal preference towards or against drivers or USB (My mac’s hooked up to my dac via USB). I found it interesting because there’s no other inputs and no other drivers required for PC, which seems very rare for a lot of dacs nowadays it seems.

Mac also often doesn’t require drivers for a fair bit of devices (compared to windows) actually. Also it seems it gets it’s power from the usb bus, so it would have needed a usb connection anyway to power it

Yeah. I’m gonna move from mac to PC soon when I build my editing suite. I’m just a little… overwhelmed by the need for drivers on stuff (mac’s been the go to for film people for years for editing until recently as Mac’s new pro platform is pricing everyone out and their new OS wont allow any non Apple approved or 32 bit programs)

Yeah, for audio production and editing, you can easily enter windows audio driver hell. Also a lot of editing programs in general tend to run into a fair bit of issues on windows depending on your system lol

Yeah. This new computer will be built with a Ryzen 3000 series Chip for Premiere and Davinci Pro. I haven’t heard issues with that processor and those programs so far which is good.
I was thinking about getting as a temporary set up so I can still use my speakers as I get all my drivers and installs in order.

Ah, yeah. The nice thing is that it’s a system that other people own so you can reach out for support a bit easier, which with a custom system is a bit harder to diagnose the problem

Had a keyboard player bring one as part of his midi setup. Sounded good, but it was for a live event in a mix with a full band. So I have no idea how clean it would sound in a critical listening rig.