To give a bit of background, I consider myself a bit of an amateur when it comes to hifi sound. I ditched the gaming headset a long time ago and that really changed my life in enjoying my gaming more, but also hifi music. I owned the Sennheiser 599 and then went on to the Monolith M1060. Ive enjoyed both pair of cans but I am now faced with a dilemma which is the main reason I’m seeking advice from all of you.

My work (and game) office has moved due to logistical reason in my house and I am now sharing a wall with the AC Unit AND a wall with TV. Ever since it’s been hard to enjoy my competitive gaming and overall time using my open back headphones as everything around me is making distracting noise. Given my lack of experience in closed back territory (and been out of the loop for the past years on new models etc.) I am looking for recommendation for a pair of closed back headphones that could offer as much imaging/soundstage (if not better) then my current headphones whilst also mitigating, as much as possible, external sound.

My budget is around 600-700$ for both the headphones and DAC/APM if needed and I am somewhat flexible if I see something that is worth the extra bucks.

Thank you for taking the time in reading my post, eager to hear from you all

hmm, closed backs are a bit harder to recommend for someone wanting soundstage thats for sure… is it just imaging and soundstage your looking for? No particular signature? I assume this is for fps primarily since its in the competitive tab?

Hey Falenkor, thanks for the quick response

Doing my research on forums and such, I figured as much that it wasn’t as cut and dry. I preferably would like to have a neutral signature so to stay somewhat close to what I have been using all this time. And yes correct, for mostly FPS titles.

This is Easy, Closed back, Soundstage and imaging.

You can’t hear a thing with them on. They’re 98% sealed. Pads are comfy. Something exciting get the protein pads this is the stock argon sound, if you want something smooth then the Lambskins and something chilled get the cowhides. They scale as well the better your power and solid state amp the better they get. I’d recommend something like a Xduoo TA-20 with a balanced cable. Hybrid with heaps of power to go with it.

Imaging is sensational and the

Thanks Ash for both recommendation. I will take a look at the Argons and make a bit of research.

i have a condenser mic setup, so no integrated mic needed thankfully. Can 100% focus on headphones. Any other suggestions?

Anytime and welcome to Hifiguides.

Awesome, the MMX300 is actually an amazing standalone too if you can’t spare the cash for the amp.

If you’re fine with giving up the soundstage for something super intimate the Emu Teak’s are lovely. BASS SLAM not as sound isolating but GODDAMN the punch this is one of the best fostex before you get to the TH900 and they’re amazing. They’re really fun very fun. great overall pick but

I’m so sorry rip wallet bless this mans wallet please lord for this recommendation i’m about to bestow​:disappointed_relieved:]

Dan clark is like the Mclaren or Yeezes or RWB porche of the heapdhone world atm. they’re $900 but their sound isolation is A M A Z I N G. 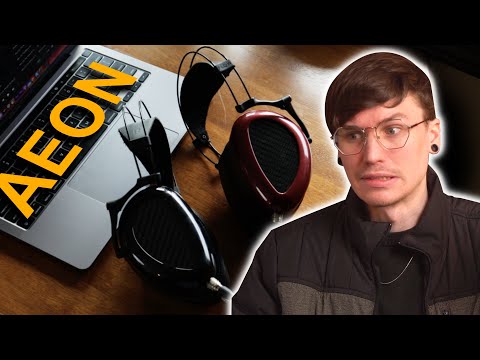 But I recommend for what you asked for the Argons is the way to go.

Hmm I agree on the aeon and mmx but one is better of with a 770 or the later variations if they have a dedicated mic. However, I definitely dont agree with argon less you can deplete that bass… the argon rumbles quite alot driving rather low into the bass… since this is competitive gaming it’s not the best idea… though good for more casual use… I suppose pad swaps and eq will help but only to an extent

That is true for competitive. But in regards to fun factor, good dynamics, imaging and sound stage it is one of the few I can think of that hits those base’s. The imaging is superb on them

Thanks for the suggestions. With further research I am considering the Argons and Aeons2 Closed (both seem unfortunately out of stock everywhere here in Canada) but I stumbled upon the Ether CX (Drop) and Neumann NDH20 that both seem to get generally good impressions.

I’ve read they have good soundstage (as much as closed backs can get) and great imaging. Any opinion on these?

Left field pick but Sony Z7mk1s are 4-500 2nd hand and I LOVE those cans. That’ll leave you with 2-300 for Dac/amp which is plenty and the Z7s are excellent for gaming, i played Valorant on them all last summer/fall.

The LSA HP-2’s are my closed backs for gaming. They don’t sound like closed backs either but I do find they isolate well.

Anytime. As an owner of the Ether cx… For fun I just cannot recommend it. Its not fun whatsoever it’s PAINFULLY neutral, it definitely is 99% work 1% fun if you want to have fun you’ll need a hybrid amp like a TA-20 and a pad swap once you pad swap to yaxi pads you lose the isolation. For the price not worth it for what you’re looking for. It’s not wide and the dynamic range isn’t that good so there’s no fun bass hit.

The neumans on the other hand if paired with a OTL tube amp like a dark voice are really fun but the pads unless they’re warm are like rocks on your head. Without the tube amp it’s not as bad as an ether but it’s not fun.

If you’re looking to pick up an ether I’d recommend second hand market. But it is a sealing headphone for sure the ether cx

@2ape2escape @DDT
(Sony Z7mk1 & LSA HP-2)
Thanks for the recommendations, will look into them for sure!

So I forgot to mention that I did fall on the Beyer’s T5 also. Research on them has proven that they could be a good candidate (IMO) for what I’m looking for. What do you guys think? I would like to reiterate that I don’t mind having a slightly less neutral sound signature so that I can also enjoy casual games/music

it will work well but I agree that it is extremely neutral… ethers were designed to be as neutral as possible and is their selling point while aeons have that harman tuning V shape to them… I would personally take aeons for competitive over an ether. As for neumann… its again more neutral and more of a reference grade headphone… not particularly something I would recommend for competitive or for fun in that regard either… it sounds good just not for gaming so to speak if that makes sense…

The neumans on the other hand if paired with a OTL tube amp like a dark voice are really fun but the pads unless they’re warm are like rocks on your head. Without the tube amp it’s not as bad as an ether but it’s not fun.

hmm, didn’t know this on the tube amp… but its absolutely not something I would say is fitting towards what hes searching for…

T5P is beyers closed back portable flagship headphone… it is essentially a what if we took T1 and made it closed back and portable… The upper bass on a t5p is raised… the shelf spikes hard on the frequency and the rumble make its harder to use… it would need some slight EQ right out of the box to resolve this… Outside of that they are very bright slightly less than my own T1. If you read my own posts you will know I use the T1 2nd gen personally as my go to gaming headphone next to my focal clear mg now. here is a graph comparison 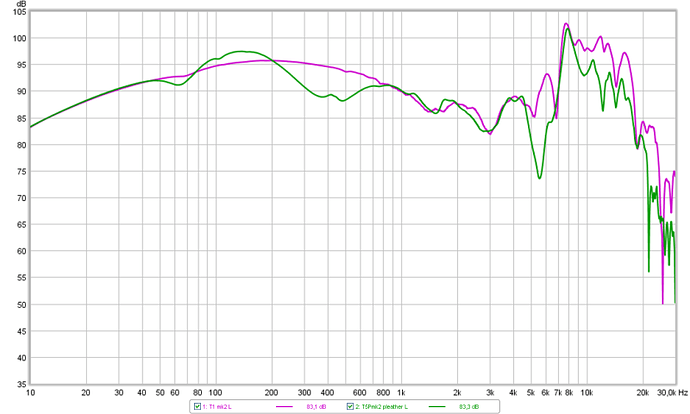 In terms of soundstage they are both large with T1 being the largest of all beyers on the lineup and T5P sharing this just on the closed variation which is rather ridiculous if you consider just how big the 770 already is… its mainly due to the natural design of the curved drivers that gives it this really large expansive sound to it. one of the drawbacks though of a T5P unlike some of the other beyers like T1 is that its portable as such it has low ohms and doesn’t respond as much to higher grade amps and dacs… while it does sound better its nowhere near to such a degree as a T1 which is 600 ohms. I would say for a T5P it depends on if someone wants a more portable use case and liked the T1 or DT 770s more so the T1

It is possible to emulate the T1s signature with some slight eq as seen above with just some basic knowledge on peace apo or even a loki… the main issue is just the upper bass… as for imaging and soundstage? its a beyer… they are naturally quite exceptional at those two areas.

Do not go with the 3rd gens, they are completely different signatures and extremely warm… they are bad for competitive gaming and I would never tell anybody to try that for properly competing…

Love my beyers. Really good. I haven’t heard this set but the DT880 600ohm I particularly enjoy with my dark voice and on solid state has terrific imaging. I’m not recommending it for your use case seeing as they’re semi open. But if the 770 is close to it highly recommended

nah 880 is a special headphone… semi open back and is the more neutral bright signature of the 3… 770 is a lot more V shaped while 880 has more in the mids and highs instead of bass and highs. 880 has more in common with 1990(Analytical Pads), T1, and T5P

I only mean’t in relation to imaging

Can I jump in?
currently have the Audio-TECHNICA ath-a700x, last year I upgraded to Fiio 5k pro and this year I would like to upgrade my Headphones, needs are similar to the OP and last time I checked someone was mentioning the Beyerdynamic DT 770 but I see there are different versions?
The Ath a 700 depsite the amp upgrade sometimes still feel muddy and confused as soundstage goes, but maybe it’s just my hear? So I better ask the expert here before buying something that’s not marginally better

PS
the DT 770 are sold around 120/150€ I can go up to 200€ easily
They must be closed because I can’t make too much noise nor get distracted while using them.
Thanks