I was surprised to find there wasn’t a thread here to discuss linear power supply use. For some reason the option to buy these things is non existent in the “enthusiast” segment with the exception of the Topping P50. But that’s primarily designed to power their stack.

What are the other options? Buy from ebay Chinese twelve flavors of similar specked aluminum boxes of unknown quality with nothing in the way of reviews and to add insult to injury, you have to wait two months for it to get to your doorstep.

There’s a third option though, you buy from audiophile (most of these seem to be in the EU) boutiques for beautiful equipment that will more often than not have an asking price that’s higher than the DAC that you’re trying to power.

So if you bought something that doesn’t have a mains power cable that plugs directly into it, you’ve probably found yourself in the same boat.

I’d like to just get people’s experiences with their power supply as it’s one thing that I fully believe is NOT, I repeat, NOT audio snake oil.

My current solution, cheap and worked out beautifully was to buy a second hand bench power supply. You can get them new on Amazon, but they’re cheaper on Craigslist or in the local FB market place. If you buy a brand, Astron or Tripplite, something along those lines. You’re basically looking for 12V and 3 or 4 Amps, more than likely since they’re for a bench they’ll often support well over 5A of draw.

Something along these lines.

Find many great new & used options and get the best deals for Astron RS-3A Regulated Linear Power Supply at the best online prices at eBay! Free shipping for many products!

I then made custom length cabling using stuff like this: 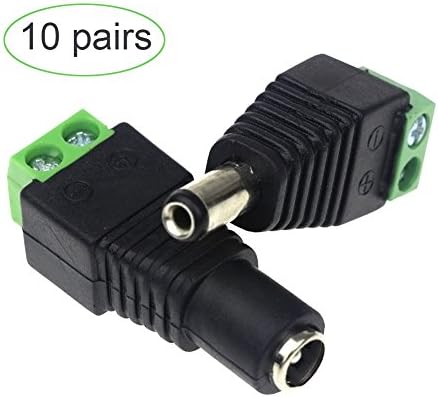 and plug the other end into the banana binding post of the power supply. Instant sonic upgrade without the audiophile tax.

Is has been a noticeable upgrade for both DACs and in particular to my ELAC Discovery Music Server that was being powered by the included $10 wall wart. 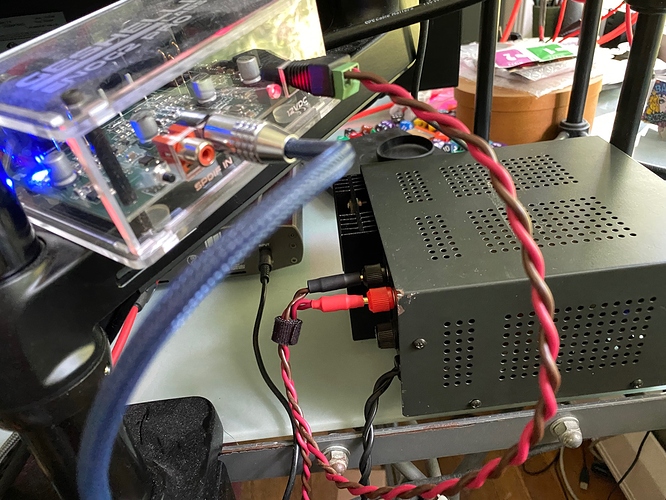 Since I know you guys like pics… $10 dollar linear power supply purchased locally through FB market and about an hour’s worth of work to build the cables from stuff I had laying around my junk bins.

Linear power supplies, you’re not getting the most out of you music is you’re using generic wall warts. PSA.

Just one word of warning, for people randomly swapping PSU’s on things.

In some cases the wall wart is a part of the startup process of the amp, the only one I know of is the Liquid Platinum, swapping the wallwart for an LPS can damage the amp, if your lucky it will fail in a mode where it still works, but the soft start fails.

Yeah, the LPS has a crazy 36v. 1.4 amp psu. How did you come about that little bit of knowledge? Hope it wasn’t through first hand experience.

More and more higher end gear comes with a transformer on board because after a certain level it becomes a rational cost since they can easily recoup the added expense in the asking price and improve the sound while they’re at it.

The wall wart thing is generally in the lower end of the market I guess. I was pleasantly surprised when I upgraded my ENOG 2.

How did you come about that little bit of knowledge? Hope it wasn’t through first hand experience.

The guys at SBAF and I think a couple of people on Head-fi damaged their amps doing it.
I think Cavalli chimed in as to why.

The wall wart thing is generally in the lower end of the market I guess. I was pleasantly surprised when I upgraded my ENOG 2.

Yes PSU’s matter… a lot.
I’ve seen estimates on some higher end gear where as much as 80% of the COG is in the PSU.

More and more higher end gear comes with a transformer on board because after a certain level it becomes a rational cost since they can easily recoup the added expense in the asking price and improve the sound while they’re at it.

Most high end products pour a ton into the psu design and quality, using a better psu is a pretty common way to get better sound

This is why you dont buy the bottom tier psu on sale for computer builds. The good stuff is priced high because the design, isolation, and protection is so much better and worth it. Power = noise and there is so much r&d in them all