I want to buy one of these headphones. their selling cheap right now. which is the best the open or closed version?

I’ve heard the C is like a fixed m1060 so if you wanted to go with one the C would be my pick. Although personally I don’t think I would buy a m1060 current day unless they were crazy cheap

Lol you know what I meant as hard core. A 1060s are reported to have worse resonance than a bad m570

Resonance - the quality in a sound of being deep, full, and reverberating.
Reverberating - (of a loud noise) be repeated several times as an echo.

ok so deep and full sound good but reverberating is like an echo. i dont like the sound of that. So youre saying it has a echo?

M1060C apparently doent have the 4-5k spike and resonance of doom, but I wouldn’t spend money on a Monoprice headphone, like they proven that they can’t make a proper headphone a few times already, I don’t trust them. 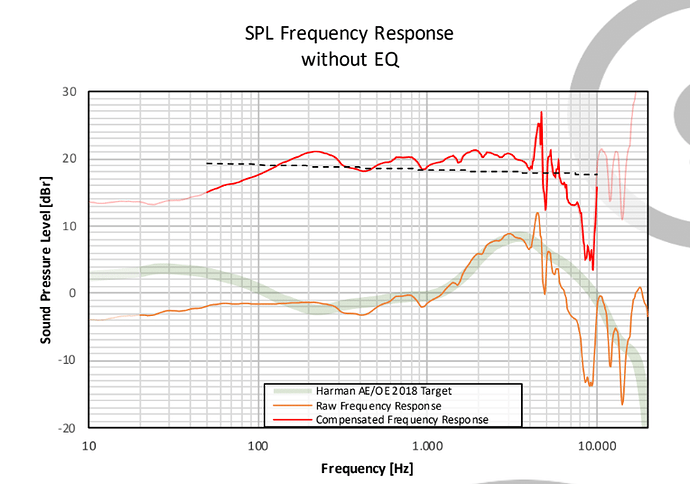 You would want to look at CSD for this one

They both have large ringing issues, although it’s been shifted down on the C

Yeah although not the traditional echo but it’s like a similar effect. Closer to when you play music in an awful room. Or a another discription that might be describe it a little better would be ringing

I don’t think the M1060 or the closed sound good at all, even with mods. The ortho wall 5 KHz ringing is pretty bad on the original m1060. The m1060c has a huge spike from 1 to 2 KHz of around 12 db, so it makes vocals really shouty. Plus, they both are warm/darkish. I really think they are opposite of what your preferences are .

Well it depends how dark they are. i like warm headphones. but i’ll at least get a education as to what ringing or resonance are. i keep hearing about them but ive never heard it

The m1060c in particular are super dark except the vocals. The treble on both is rather dark though. They both were rather boring to me and with flaws that created a hollow unnatural timbre.

Ditto @M0N on the regret. I’ve modded my 1060 with the paper towel mod and Dekoni suede pads for LCD series. It helped and there are some things they do very well. There’s a big, wide, fast, planar sound, bass slam, pretty good resolution, etc. But that upper mid region is fatally flawed. Vocals, for most singers, are shouty or hollow sounding and there’s a general tonal graininess. I admit I never really heard the 5k ring get in the way of the treble response, but that could be because I was always distracted by the bad tonality in the mids first. However, they do enough right that I’m very keen on saving for a more mid-tier planar in near future.

I owned the 1060c modded to open. Sold it after a couple weeks, right after JV positive review. I didn’t pinpoint the ringing but the midrange had obvious shout and well was not good. The bass on the headphone is really good but that’s it. If all you care about is bass I could see someone liking them. Or if it’s your entry into good headphones. I was surprised Josh recommended them.

The headband is an absolute abomination. Floppy piece of crap. Like AKG figured out that bumps on a head band are a bad yet here comes Monoprice who does it anyways. I don’t understand why the build quality wasn’t slated more. I think they got a pass because they were cheaper than most planars when they came out. For my head the old Hifiman headband was better than the Monoprice. I think I paid 240 used and then sold for the same amount.

The only headphones I’ve purchased that I’ve been more disappointed with were the X2 and Vokyl erupts.