My Dad recently asked for my help in getting him a good all in one stereo. It doesnt have to be Audiophile grade. he’s not very demanding that way. wants to keep it under 400$. He wants a record player, cassette, multi CD player, radio and wants to put it on a 3 foot wide drawer. I found this but he says the Jensen brand is not very good. also saw some Victrola brands but he doesnt like how old fashioned they look. Any suggestions?

Heres the Jensen he saw and likes the features but he doesnt like the Brand. says its a cheap brand: 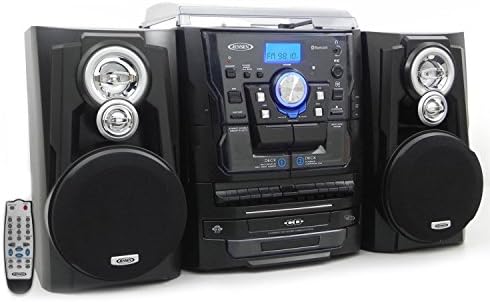 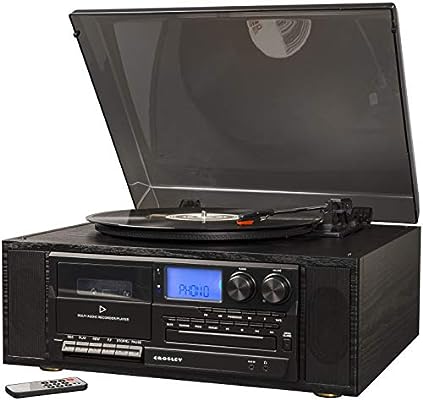 It has a line out so maybe
Combine that with micca speakers and a topping pa3?

If you want to inherit the records or they are valuable I would spend more money.

Not a big fan of Glen Miller and big band music lol. Besides he does really take good care of his records. He just wants something that sounds good and he wont have problems with down the line. I want to get him the best i can find

Is Crosley a good brand? was hoping to find the 58x of stereo systems lol

I got to say i really like this format. Everything built in. Record, Cassette, CD speakers. all in a nice contained cube. There seems to be a lot of brands out there. Digitnow also sells a lot of these. Would be nice if some of them where audiophile grade. I thought there would be a nice cheap hifi one but i guess not. I wonder how well they sell? Do they sell to just older people?

Not really, but they are some of the cheapest you can find that will play records.

If you are planning on going into Vinyl, I suggest some of the cheaper Audio Technica stuff, or Rega

I don’t know the model, but there was an all-in-one made by TEAC several years ago. That’s probably the highest quality one I’ve seen, but it still has a low end MM cartridge turntable. It is at least a reputable audio brand, though. Not sure how hard one might be to find.