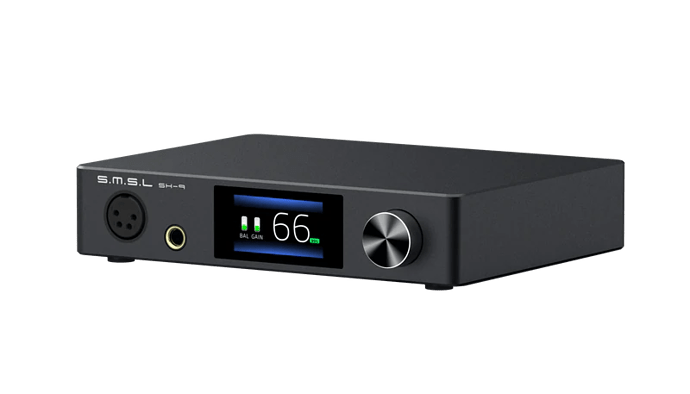 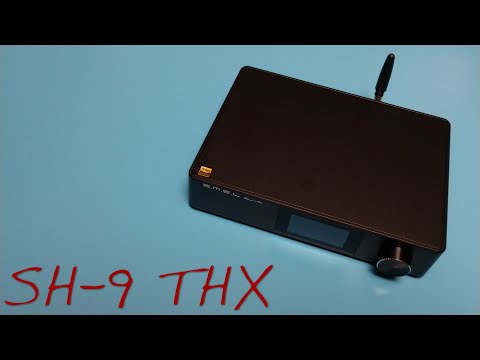 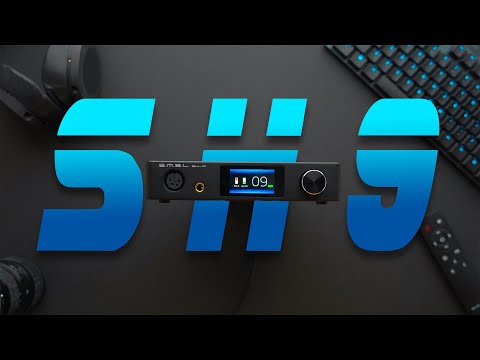 There was somehow not an official thread for this yet. Fixed! 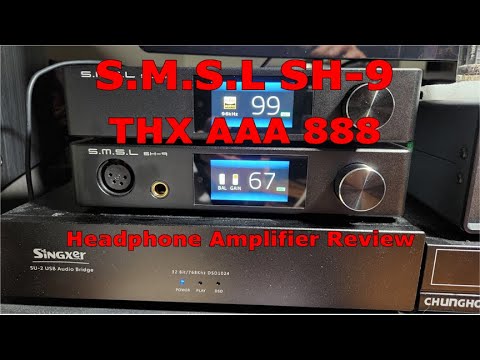 OK by me. I was hoping you would review this device.

And… another great review. I’m wondering now if there is a head-to-head between the SH-9 and the SP400 in the works. If you can swing it, I think that would be a fun one to do.

Well, after some emotional tug of war, I was just too curious about it, so I went ahead and pulled the trigger on the SH-9. And I am very glad I did. I almost did the SP400, but something told me to go with the SH-9 instead. I’m gonna go ahead and say it was the right move!

First off, the chassis profile fits the DA-9 to a tee, which is doing the speaker side, so I have a nice matching stack in place now, topped off by the SP200. (You didn’t think I was gonna dump the SP200 did ya?

) I love having the display on the headphone amp now and how it’s similar to the speaker side. Also, the remote can be shared with the DA-9, so that is nice. The volume control circuit is very precise and produces an audible relay click as you work it. I kinda like that.

Tonally, it provides a wider and deeper stage over the SP200. I don’t know how they are doing this, it’s THX amp modules, just like the SP200, but there is a level of refinement that has been achieved here that is very noticeable. Bass is more impactful but nicely tight. Vocals are slightly more forward on this amp, and there is more detail retrieval. That absolute blackness during musical pauses is great, and separation and instrument isolation is really good, way better than the SP200. I’m actually hearing things that I wasn’t on the SP200. And they have taken that edgy, sometimes harsh treble away. The Elegia and the XS sound wonderful on this amp. It drives the XS really well.

I’m pleased I gave this amp a shot. It’s what I was hoping it would be. Say what you will about THX, I love it. Especially when teamed with the TA-20 as a preamp. This thing is engaging, clean and strong. I think I am going to keep it.

Nice to hear! I too have the XS, and am pairing the SH-9 with the Tone2Pro. Also have the Elex.
Yes, SH-9 seems to be my endgame at this point. I know how people highlighted some lack due to a smaller power supply, but I find it satisfyingly adequate, the output. For all my cans, the SH-9 is just good enough!

The volume control circuit is very precise and produces an audible relay click as you work it. I kinda like that.

While I usually prefer a pot because of the level of control you have, 99 levels in two gains is plenty and I gotta admit… Those clicks are addictive. I don’t udnerstand why you’d turn them off

I will say that I am impressed by the value for money this amp provides. I know a lot of guys and gals here don’t really care about this and freely throw lots of money at these things. Hell, if I could do that my system would look very different, but I can’t. I need to watch my spend, especially given the current environment . So there is that, and again, I feel like this amp delivers big on that front.

I feel like SMSL hit it out of the park with this 9 series. If they ever made an M400 without that shit MQA in it, I would be all over it. But that is not available, so I will do the Nine’s for now.

It’s a solid amp and at the price you can’t really get any better for a nice clean neutral sound that also drives planars pretty well. Only THX amp I’ve ever liked but I think it’s just because it’s done well. Treble spikes and loose bass are what I usually associate with THX amps but the SH-9 sidesteps those qualities pretty nicely IMO. I’m glad people are picking these amps up and liking them.

Also the DO200 DAC is the one to get from SMSL. Has MQA, but still a solid DAC.

If they ever made an M400 without that shit MQA in it, I would be all over it

You know using MQA isn’t mandatory right? Or were you hoping they’d drop the price if they removed it? Cuz spoilers: they won’t xD

LOL! I know. That is is it mostly, I just hate that this garbage is driving the cost of everything it touches up. But you are right, it probably isn’t going away. Perhaps one day I will soften my stance on that and just be OK with the fact that it would be an unused feature if I were to buy a DAC with that crap in it. But I can be very stubborn…

I feel the same way as you about MQA, I have no use for it, but if the DAC is good and if I am interested I wait for the used market, that way I feel and I am not paying the MQA fee.

Rightly said - I think we could just consider MQA as a side-product, having no meaning to us.
Unfortunately, the popularity of TIDAL and hence what they push the format having no real purpose or meaning to us, still forces companies to get on the bandwagon and add support to it. It will take time for this to subside. I think whether it’s there or not should not affect our decision regarding any particular gear. I mean we could just consider the rest of the features without giving any thought at all to MQA or Hi-Res BS.

Yeah, the prices won’t be much affected anyhow. For most gear available right now, it’s a given it will have MQA, like 80% of the time.

We’ll never really know if and how much we’re paying for it, and it may just be inevitable in most cases, at least in the near future anyhow.

So me, ever the tinkerer, did a reconfiguration of the system this evening. I have taken the SH-9 off of the TA-20 and am running balanced now straight from the Bifrost. As much as I like the sound of the tube preamp, I’m gonna be honest here; running straight up balanced is the bomb. The SP200 benefited greatly from the preamp, but the SH-9 can stand on its own. The SH-9 changes character in this configuration, man. It’s even cleaner, faster and stronger. It seems to really showcase the Bifrost as well. And in fact, I am really pleased with how well these 2 are working together. This is truly a great little amp and I’m glad I got it.

I was groovin around the house this morning and I had @WaveTheory on YouTube doing a review on the SH-9 (the one above). I heard him say something I had not caught first time; that there was no difference between the SE and XLR interfaces from an output perspective and that the balanced XLR interface was there as a convenience. “What’s that, you say? I was told this amp was balanced. WTF??”

I had heard this before and never really cared because I was just gonna run it balanced anyway. For whatever reason, hearing him say that suddenly made me curious. “Well… since I have one, let’s see!”

I grabbed the EDXS, removed the Tripowin weave cable I had on and installed that nice Kennerton 6.35 SE cable I have. Hooked up the DH-9 via the SE interface and gave it a rip. The results were surprising.

I have to say that for most part, the signatures are remarkably similar. Overall soundstage does not change. If anything, there is just the tiniest bit more presence, clarity and detail going through the XLR interface. But at that point you are kinda nitpicking, if I am being honest. So, I am going to keep the Kennerton on the XS for a bit and see how things go. I love how the Kennerton looks on the XS. Very sharp. That way I can put the Tripowin on the Elegia. That should be really good. So there is that!

Again, this pairing of SH-9 and EDXS is really growing on me. I’m going to it more and more. And then you lay down a nice EQ, and it’s excellent. I have a couple of 31-band profiles configured that really enhance the experience. So, 4 months in and this DH-9 continues to impress. Through either interface, now as it turns out! I’m enjoying it very much.