Not sure where to post this, but some wandering thoughts on simplicity.

I put the Jot2 on my desk this week and it’s been surprisingly enjoyable. Not that I didn’t think I would like it, but what I like isn’t at all what I expected.

This device is a roughly $500 version of what most of us were sold on when we started in the hobby: an all-in-one DAC/amp with a line in, headphone out, and pre-out. It’s a Schiit Fulla/Hel on steroids! We start here for cost but also practicality, one little box running… all of our shit.

But then at some point something in our brains goes pop! And we run headlong into the pursuit of perfect sound, practicality be damned! We add a DAC here, an amp there. Then a switch box (or two) to connect it. USB audio from a PC is trash, must convert over to only low noise network streamers! And don’t forget Roon, you can’t enjoy the tunes without the roons!

And for all of the complexity we add we get in return leaps forward in sound quality. No doubt this is the path to endgame sound. Amazing how the music transforms with each upgrade.

But then your desk/table/kitchen/bedside/(bathroom) looks like something out of a sci-fi channel reject. Boxes and cables going everywhere (but power and signal carefully separated). Being honest with myself, it’s a lot! Some days I feel like an audiophile horder… So many empty boxes in the closet being saved so I can resell!

Putting the Jot2 on my desk made me realize how far I’ve gone from the clean, simple, (joyful?) setup I had when I first opened the audiophile door.

So what? Become an audiophile minimalist? Hell no! I’ve not even popped my r2r DAC cherry yet! More DACs, more amps, more headphones, more cow bell!

But on my desk maybe I don’t need so much. Some Jot2 audiophile simplicity feels kinda good.

If only the Jot2 sounded slightly better… maybe the Jot3? Or if Singxer adds an integrated DAC?

[edit] maybe the thing to look forward to is if (when?) Schiit upgrades their DAC cards to include Unison USB along with an upgrade to the multibit DAC. If the integrated DAC could approach Bifrost performance it would be much closer to an all-in-wonder setup.

Unless it’s equally bad, I think almost all combos will cut corners at either the amp or DAC section lol so this is the dilemma

Yes, and especially at this price point. It would be interesting to try a higher end implementation like the Violectric V590 Headphone Amp / DAC. Or the Matrix Element X DAC Headphone Amp & Streamer. Maybe this is my endgame?

I wouldn’t be surprised at all if the Vio unit couldn’t be end game for the majority of us. But in Canada that is like $4K, landed or more.

Same in US. That’s a lot of blood plasma to sell…

Time to calm down with audio purchases for a bit. I’m running out of room lol. My desks have become cramped and my closets full. Half of my guest bedroom closet is literally blocked by my Tekton boxes. And I can’t even use my fireplace lol. 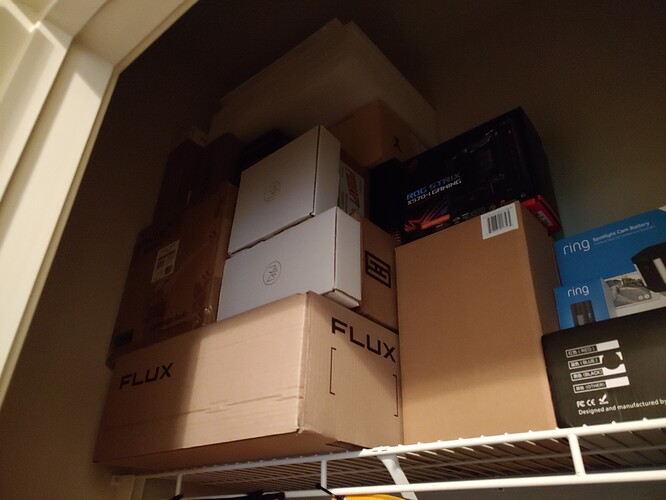 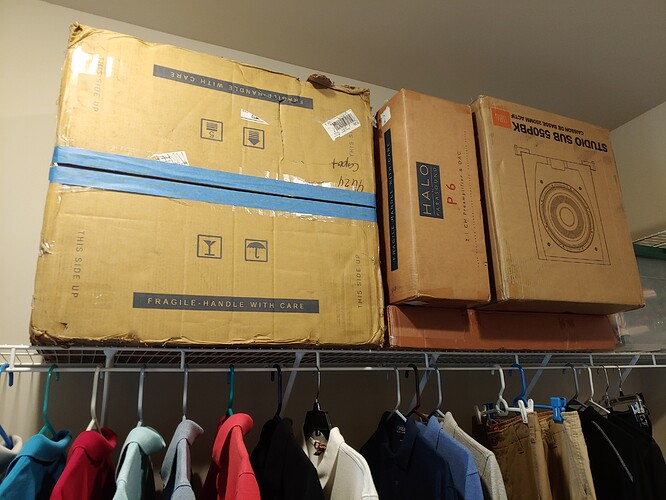 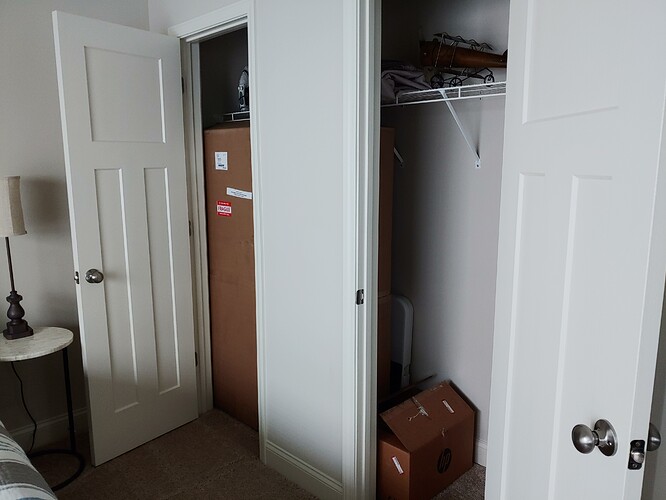 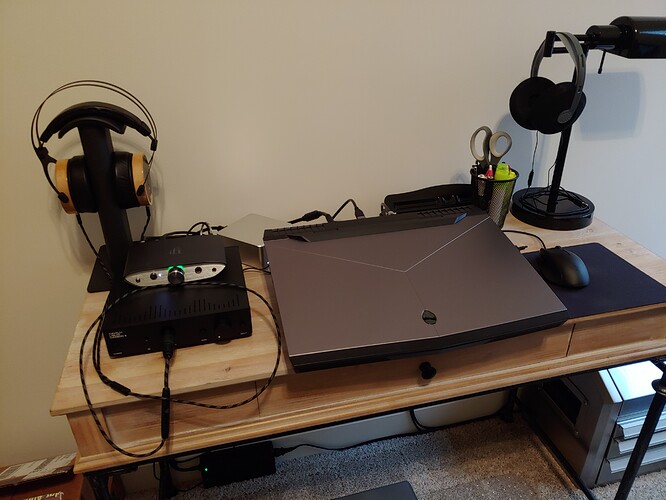 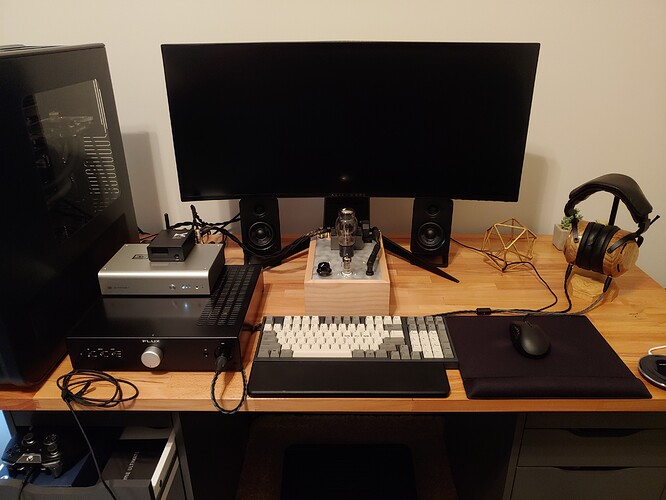 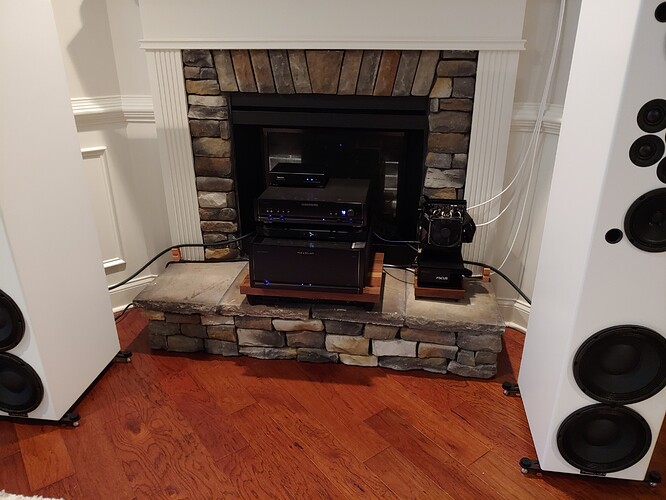 I hear your words but don’t believe them. There’s so much empty space in each picture. If you need help, I can highlight all spots that don’t have audio gear or boxes.

Yeah I’ll type something up a little later. I also have a speaker setup at my workbench and in my bedroom for blasting some metal at 3:20 am while I get ready for work.

Congrats, man. That is just incredible gear. I agree with @elementze I’ll be anxious to read your write up.

I’ve been enjoying some simplicity for a little while after I cleared a bunch of things out. I tend to go wide with purchases then sell most off and go up. Sitting with the Chord Mojo and the LSA HP-2 right now and it is a pretty great combo if you want simplicity. I don’t think I’m going to stay here though. Probably time to go wide again. I might even end up buying back another RNHP at some point funny enough @elementze. Round and round we go!

this is the essence of the headphone hobby / addiction!

Lately I’ve been thinking more about simple solutions that are ideal for my various use cases / listening locations. Especially coming out of covid lockdown, I personally value the large desktop rack less than I did before when I was locked in my house all day. Rather than focusing my dollars into one listening context, I’m selling things off to be more flexible in all the places I want good sound.

So here’s a thing related to simplicity. I really like the Samsung Galaxy Buds Plus. I like them a lot more than I thought I would. And wow they are convenient. I think they are going to see a lot more use than I originally intended. Like I put them in and it almost feels like cheating. Like how can I get away with enjoying them this much without even being connected to a nice piece of source gear? Not connected to anything at all! It doesn’t make sense. They are no Sarda or Andromeda, but they are pretty darn good, they are comfortable, and they cost me less than $100. Can’t complain.

That’s exactly how I felt about my 18 dollar earbuds. Don’t know if u recall but there was a time where I went full shill on 18 dollar Sony buds. Still love em to death. There’s something to be said about the scale of simplicity. I would say that’s also where I’m at with my gear atm that makes me so fulfilled. If I want to listen to good stuff I just listen to the Andros hooked up to my Dap. And bam. Done. Same with speakers, connected to preamp and dac, sit and enjoy. No fizzlinf with stuff etc

I think that’s what draws me to Edifier’s active speakers. All the connectivity you could want. I just run optical from my TV and I am set. 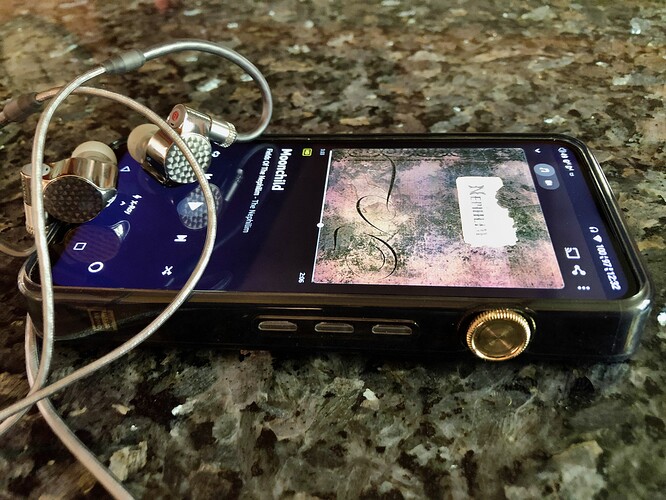 I am cleaning out my closet today. I pulled the boxes for three sets as they are hitting CAM/Kijiji today. More has to go. My box collection is nothing but headphones, headphone amps, headphone DAC’s and DAP’s. 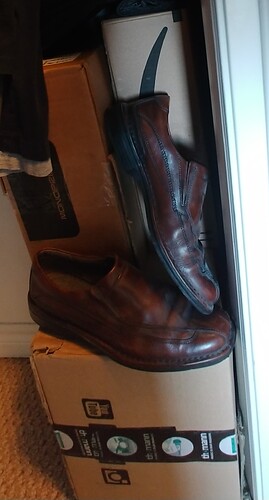