Hi gang! I have an older pair of B&W’s that have these 4 screw holes on the bottom. Once I had a pair of stands that had matching holes. I was able to screw the speakers to the stand to keep them more secure.

I’m looking to buy another pair of stands and I’m having a hard time finding these holes. Is there a search term that I should use or something? 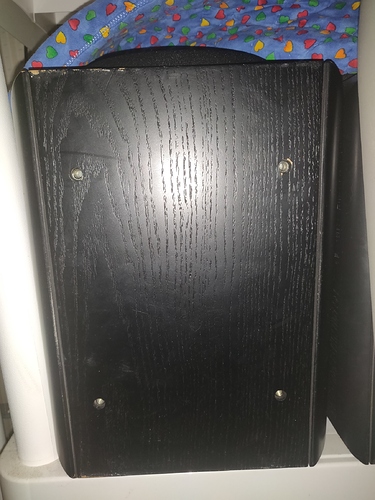 Handyman solution would be to find stand with needed / wide enough base on stand.
Few measurements and little drilling = done. Perfect fit.

E: Zeos solution would be Blu-tack.

Also, i cut a piece of wood to the size i wanted for one of my stands, screwed and glued it to the top, sprayed the whole thing with rubber coating and then to top it off use my bench cookies as speaker feet. This seems to be pretty solid. Unless you have young kids in the house, then nothing is safe so stop trying…

Unless you have young kids in the house, then nothing is safe so stop trying…

Lots of good advice in this thread but this is the best! And that’s exactly why I was trying to do this!!

For the 1.25 people who are still following, I ended up doing this: 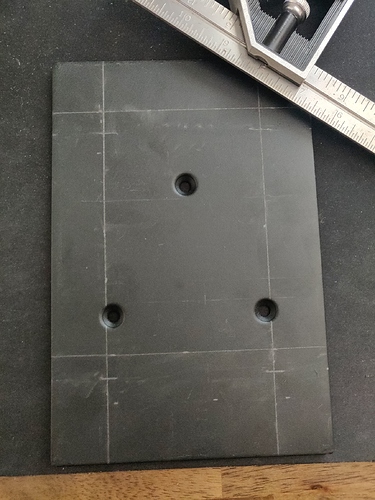 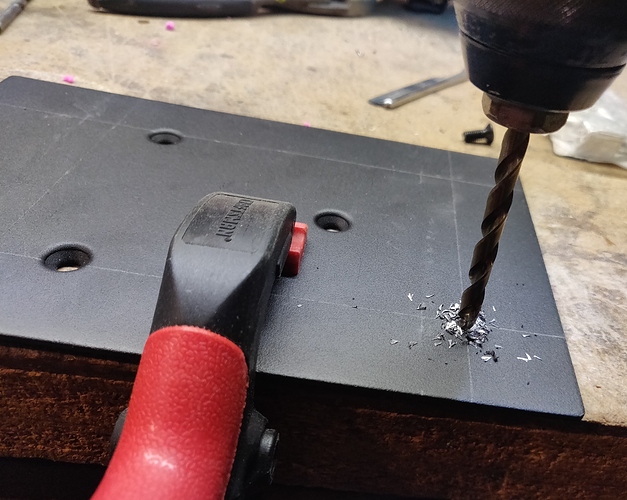 Then I poured 3 containers of BB’s into the bases of the stand to weight it down so it’s less likely to tip over.

Anybody want to guess how long it take pour exactly 18,000 BB’s into a tube with only 3 BB sized openings? 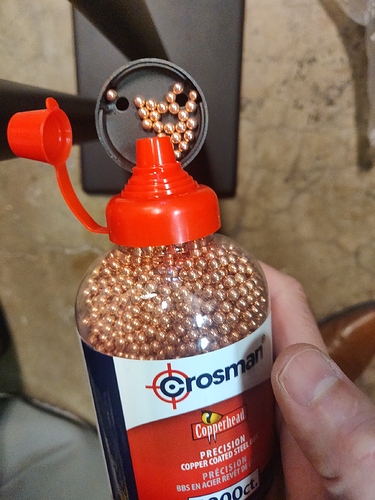 Handyman solution for the win.

Brilliant, are you happy with the BB weight and density? Was it worth the effort?

Thanks for asking!! It was worth the effort, they would have been top heavy without and my 8 year old will spend time near this area. She’s a bit like the Tazmanian devil from Road Runner- all constant motion and energy.

Lead shot would have been better, but this will work fine. Next time I’ll go to my local gun shop instead, lol.

Anybody want to guess how long it take pour exactly 18,000 BB’s into a tube with only 3 BB sized openings?

I considered sand, good thought. But in the event of a speaker stand disaster, sweeping up BB’s from my new hardwood floors seemed less daunting (and less likely to scratch) than pounds of coarse sand.

Another handman solution is to use rubber+glue type of sealing on stand before/after the filling.
Also double checking stand pole/joints before filling, there might be tiny holes/caps from material dust might burst/leak out.

I used rubber type sealing material that can be removed with a screwdriver if more needed to be added or removed after. No dust or material leaks, also helps if falling disaster would have happened.

E: Zeos solution would be Blu-tack.

Blu-Tack works remarkably well for this application. It does a very good job of coupling the speaker to the stand and is very difficult to remove. In the event that a stand does get knocked over, it might even be preferable to have the Blu-Tack come loose than to sheer the bottom of the speaker off when it’s bolted on.

Yea, it does.
I tried it before Zeos even was a thing.

There one potential thing to be noted. Blu-Tack might leave a “grease stain” after years of being under speaker cabinet. If the cabinet is made of wood or any other “sucking” behaving material.
The “stain or Blu-tack residue” is there to stay until the end of days.
If the cabinet is painted, it can be buffed off.
Plus it’s under the speaker… so 0.05% may care about it.

I tried it before Zeos even was a thing.

Oh, I wasn’t giving Zeos credit for the idea.

I remember reading about it in Stereophile in the early '90s. Some other brands of mounting putty come in different colors like grey or beige that might be less prone to leaving a stain.