Spotify end of the year roundups? 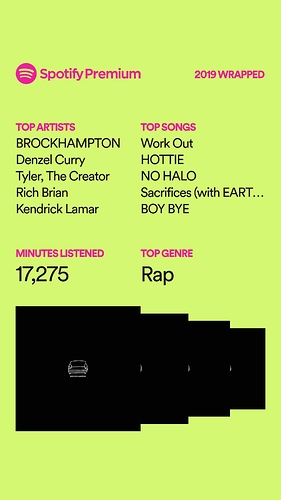 Seems like avarage times are arround 20k minutes. Might be at least triple if would not game so much.

I’m listening to mine now. I’m always excited to get the year end review. 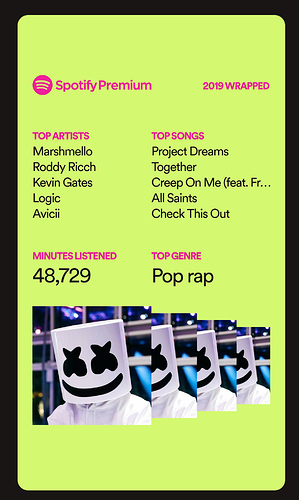 I have most of my favourites on flac but still spend a good amount of time on Spotify. 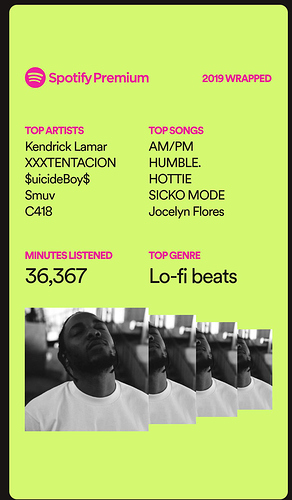 where do I look this up? I don’t listen on my phone much, I use the Windows app mostly. however, cc was maxed so they shut my account down for a few days till I could pay it off, so that might skew my numbers I guess.

I’m not sure on PC. It’s the 2019 year end review. Probably on the front page of I had to guess

You can try this link 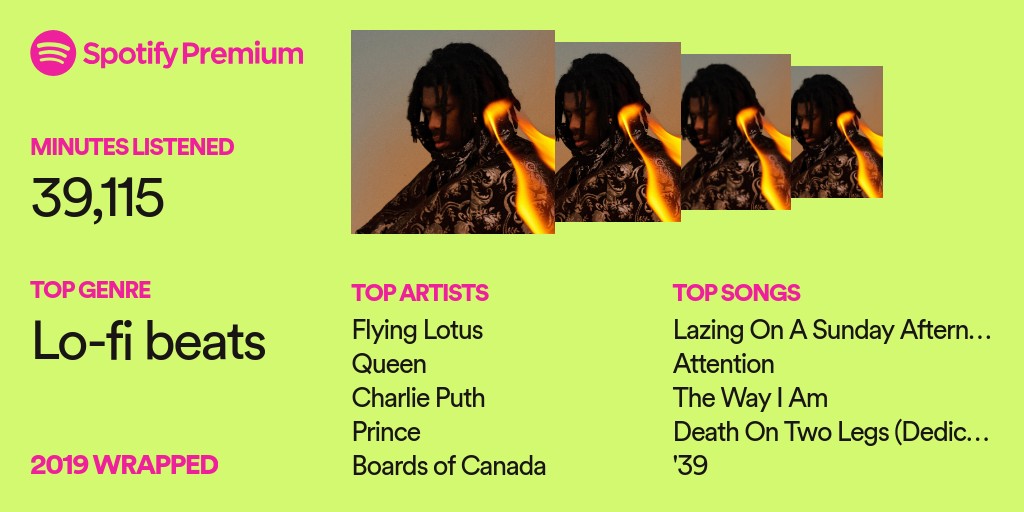 Everyone's year sounded different on Spotify. Get your 2019 Wrapped

If you like AVB and Tiesto, you may like Andrew Rayel, especially his early stuff. I think AVB helped put him on the map. Big fan. 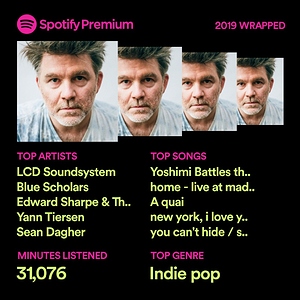 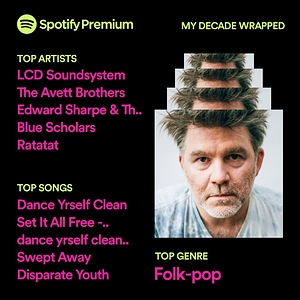 Spotify took a hit in usage since I’ve also been using Tidal or Amazon since June.

85k minutes though I use Spotify maybe 90% of the time. Not exactly the proudest of my music selection but oh well.

Not logged an awfull lot of hours on spotify, as i also use foobar with my flac collection quite a lot…

The decade “wrapped” probably is quite a bit off as even though i have been a spotify user since 2009, i mostly used it to listen to new music before i bought it, and did not become a premium member before 2017. So the decade probably reflects the last 3-4 years much more than the whole decade… still it seems to be in the ballpark

Thanks for the tip. I’ll take a listening tour on his music.

Here’s some of mine, in no particular order. 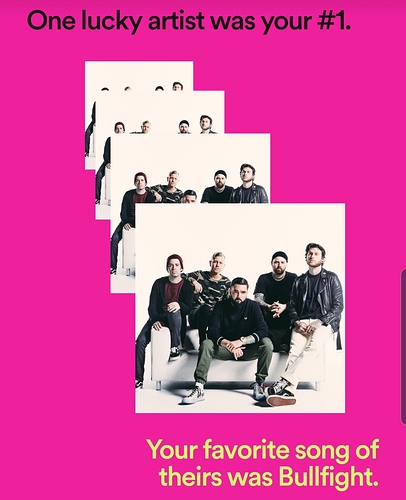 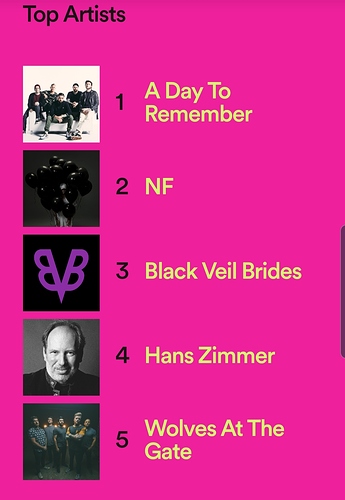 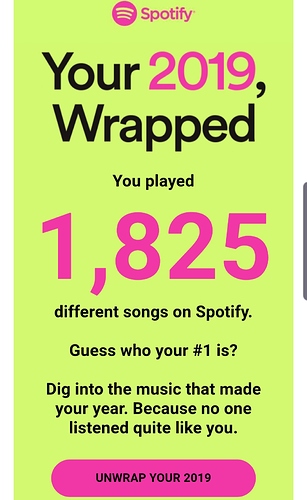 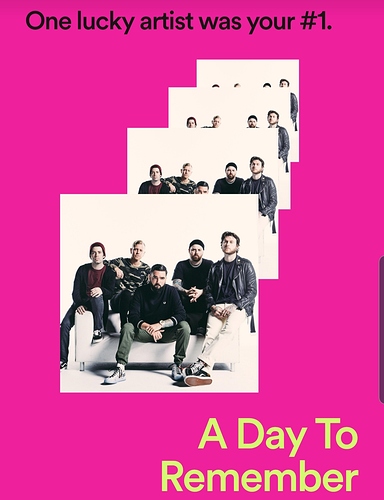 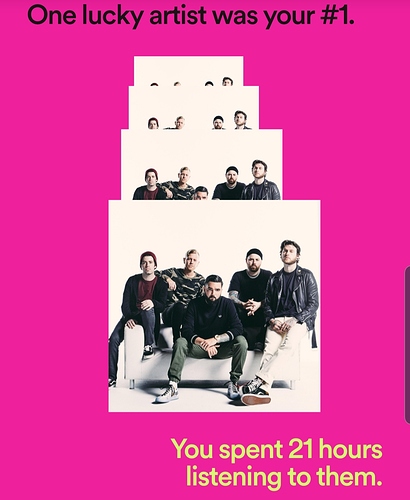 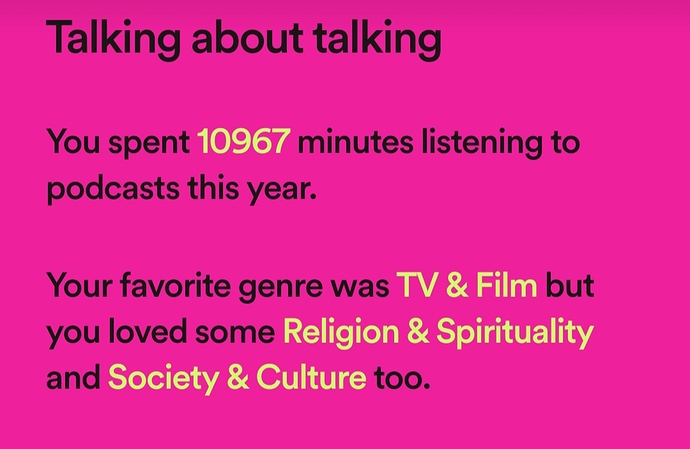 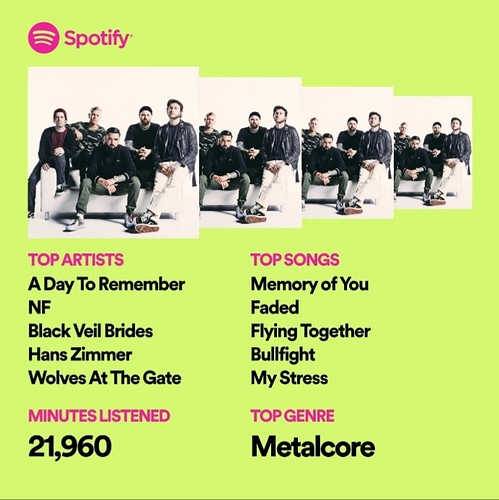 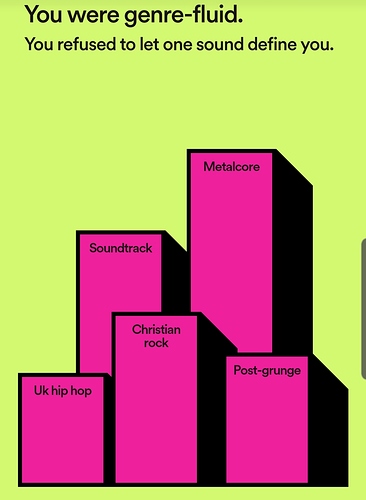 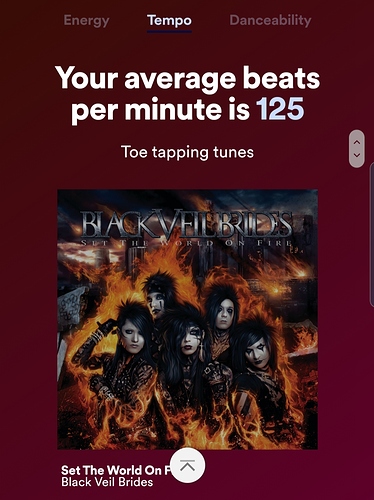 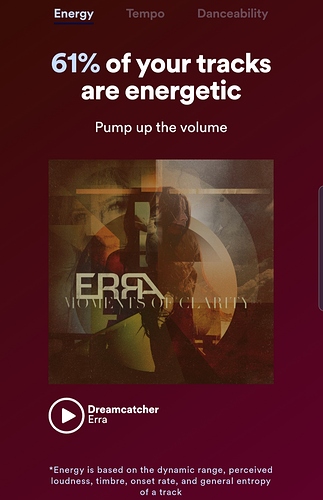 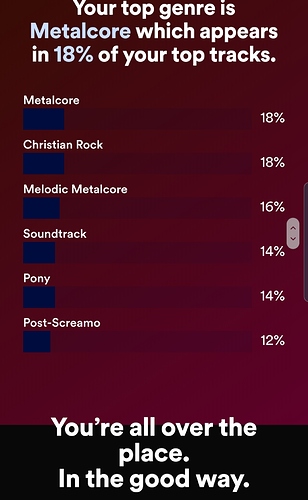 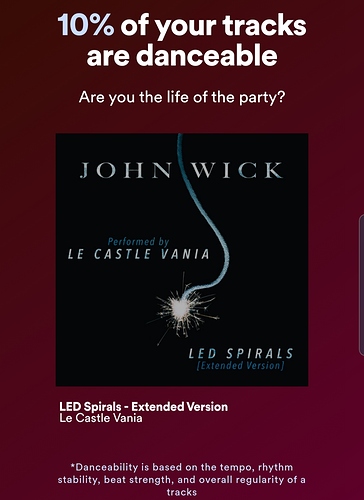 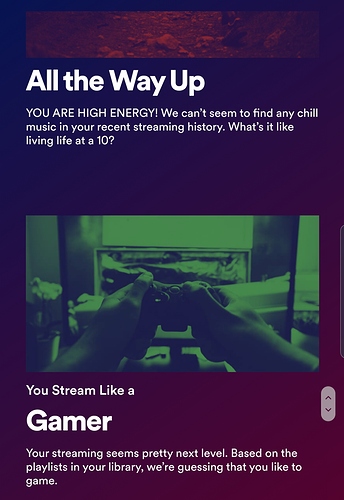 20191217_144758.jpg1080×1567 560 KB
I’m a metalcore and hard rock fan. But I love music from almost any genre, especially soundtrack, but I don’t care much for super chill music most of the time I guess.
Again, this does not show my listening history from my own downloaded digital files I own, which takes up more than this honestly.