After reading lots of reviews and comments here and elsewhere, I recently purchased the following setup:

I listened to some tracks and I didn’t get a “wow”, which I was rather hoping for. There was definitely more detail and bass than my previous setup (Teac AI101-DA -> ATH-AD700), but I didn’t feel that the upgrade was worth as much as I paid until I put on some electronic music and could hear a clear texture(?) to the bass (possibly due to “planar speed”?). Especially as quite many songs remind me of bad MP3s, but only where the higher percussion and some guitar sounds are concerned. Of course, I’m using FLAC files as a source. I tried applying a convolution EQ using Oratory1990’s measurements included in the autoEQ project, but I don’t have the impression that this helps this issue, it rather makes it a bit worse in some cases (e.g. Sober by Tool)

I thought of a few things that could be the cause of my doubts:

I picked the Sundara in the first place because I don’t only listen to metal, but also electronic genres (e.g. synthwave, ambient/downtempo, indie rock/pop, occasionally some jazz or classical), so I assumed that going for a mostly-neutral signature was the way to go and the brightness would not be unfamiliar, coming from the ATH-AD700.

I could still return the Sundara and/or the G103. I would be willing to pay €200 extra to get something better, since I was looking at €500 headphones before and the Sundara was only €350. I had tried the HD660s and DT1990 (250 Ohm) in store some time ago, however I didn’t get a huge “wow” from those either. I didn’t find anything that would be a great upgrade even for double the price, but maybe I missed something.

I have the feeling that the issue is mostly that the incredible detail shows a bad recording/mixing and I expect a little too much for the price but there’s a voice in the back of the head that asks me if I could have done something better. Is this the case?

How long have you been listening? I had a simular experience but waiting a full week, and things got better, then another month went by and i was pretty impressed

The Sundara is lacking in bass and sub bass. I listen to progressive metal and I don’t personally feel most planars do us metal guys any favors (my Sendy Aiva is terrible). For metal, I highly suggest something like a TR-X00.

It’s been 10 days but it’s hard to say exactly how many hours. Some days I would only listen for two hours, some days eight hours. For the first week I had left the headphones playing overnight (not via the same stack though) as the handbook mentioned burn-in.

Do you think the lack of bass is a problem? I didn’t think it would be coming from the AD700, which is even worse in that area, so your answer surprises me.

TR-X00 seems to be a massdrop item, however I’m in Europe so that’s not so ideal. I think I would also have been interested in the Elex otherwise. There do seem to be some offers on the Fostex TH-610, is that similar to the X00?

Do you think the lack of bass is a problem?

For metal? Of course it is. Metal music relies heavily on those low frequencies of the kick drum, detuned tunings and high gain guitars and especially bass. You won’t be hearing or feeling a lot of that on a Sundara where its tuning not only is bass and especially sub bass anemic, it’s upper frequencies are considerable boosted. The complete opposite of the preferred tuning a metal enthusiast would prefer. Take a look at these charts of the Sundara vs the TR-X00 headphones.

Just look at that crazy peak at around 3K on the Sundara. The bass direction and subbass rolloff is going in the complete wrong direction too. The Sundara is a great headphone, but not my preferred for my library.

TR-X00 seems to be a massdrop item, however I’m in Europe so that’s not so ideal.

I’m just using the TR-X00 as an example. It’s my personal favorite headphone for my genere of music. Prog Metal. There are other good choices out there.

I think I would also have been interested in the Elex otherwise.

I own the Elex. It is a little shouty in the upper mids, but it would have been a much better choice. It’s technical abilities are fantastic. It’s difficult to get the amount of bass I crave in any headphone especially open backs.

I own the Elegia as well, and although it is one of my favorite closed back headphones, it is missing those low end frequencies necessary to really enjoy my music. I use EQ on both the Elegia and Elex to get them closer to my expectations and they take well to EQ. I wouldn’t neccomend the Elegia for metal tho.

Interesting, thank you for the exhaustive explanation. I always considered bass as more of an electronic music thing for some reason. I guess my matchup of genre to sound signature was not correct. Did you find some information on preferred sound signatures by genre, or could you figure it out on your own?

In the end it’s all subjective, but I don’t know anyone who enjoys metal and doesn’t like it punching hard in the low end.

I enjoy listening to all kinds of music and I love collecting gear. So I’ve done a lot of experimentation.

Here Resolve, an extremely well regarded reviewer talks about the Elegia. At the end of the video, he discusses what genres of music he thinks the Elegia performs well with. The only genre he thought would not be recommended was metal. Specifically for is missing frequencies in the 100hz range. 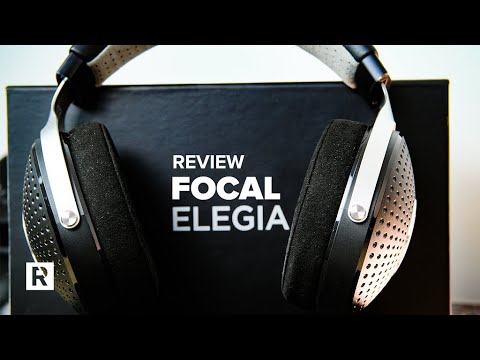 I had gotten the dt880 black SE 250ohm and these have more bass than the regular grey version which is a neutral bright signature similar to the sundaras. The black version are a bit warmer with noticeably more bass and I found them to be very enjoyable for extreme metal genre like death/slam.

Perhaps I’m missing something, but if bass were the issue for Pelontar, I would think he would have found the Harman EQ he tried to be a noticeable improvement.

Perhaps I’m missing something, but if bass were the issue for Pelontar, I would think he would have found the Harman EQ he tried to be a noticeable improvement.

Don’t assume. On top of that, there are headphones that you simply cannot EQ bass into. The Sennheiser 600 series are well known for this downfall. They don’t have great extension period.

I did not consider the Sundara as a purchase because of its lacking bass extension.

Don’t assume. On top of that, there are headphones that you simply cannot EQ bass into. The Sennheiser 600 series are well known for this downfall. They don’t have great extension period.

Pretty true, generally if something isn’t a strong performer in an aspect, eq isn’t going to save it (but amp pairing might in the 600s case)

I did not consider the Sundara as a purchase because of its lacking bass extension.

I personally don’t find the sundara lacking in bass, it extends pretty well imo and is pretty flat, at lest the newest revision with the newer pads. The older version of the sundara was a tad bass light. But if you are after a warmer or more elevated, or more organic bass response the sundara prob isn’t the best choice

I personally don’t find the sundara lacking in bass

I do. I listen to a lot of music where bass is important, rap, metal EDM etc… I usually cannot get enough bass out of a headphone. The TR-X00 was the first that did it for me and you know how far I took that. 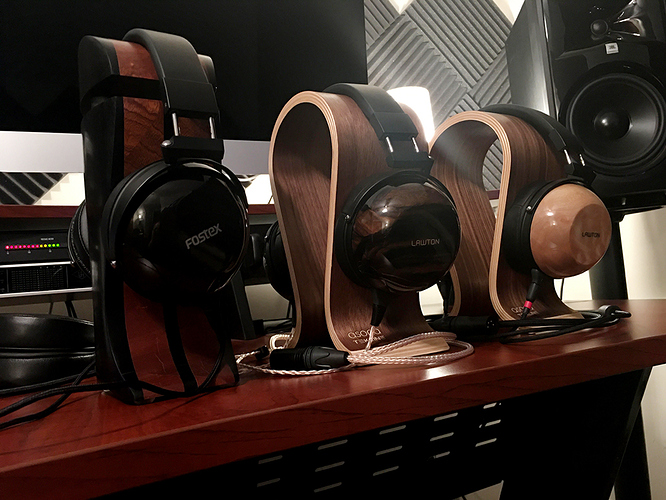 I mean that’s not really fair to compare lol, the fostex are pretty known for their excellent bass response lol

metal does not sound good on the ifi zen dac. i have it. metal sounds limp. its a warm dac that doesnt play well with metal. and yes A LOT of metal is poorly recorded. schiit modi 3 works well with metal. you can get them used ultra cheap. the zen dac sounds a bit better imo over all then the modi 3. but the modi 3 plays really well with metal. if metal is all you listen to, i would suggest changing dacs. if you listen to a wider range of music, i would keep the zen and add a cheap used modi 3 for when you want to listen to metal.

Schiit isn’t an option for me really being in Europe. Interesting that you mention the DAC though; I thought they were supposed to make the least difference? It’s a shame that it’s the only thing I can’t simply return. What specifically about the Modi makes it better for metal? I could always look for something similar.

Also, I don’t really want to get extra gear and swap stuff around, at least not at the moment. I know loads of people swear by it, but at the moment I might be moving around a lot and so I’d like to keep things small and few in number.

I mean that’s not really fair to compare lol, the fostex are pretty known for their excellent bass response lol

Ha ha. Very true. But that’s what does it for me, especially being a huge prog metal fan. Thank god I got a bunch of them when I could. They’re impossible to find now.

In the case of the zen dac, i feel it gently rolls the highs a little bit and boosts the midrange a little bit.

that being said. i listen to lots of metal on my zen dac. maybe try meze 99’s. they play really well with metal and the zen dac. and they are balanced, easy to drive. they can be driven off of the zen dac.

i do not have a lot of time to think about it atm, i am sure others can suggest other headphones as well that would play nice with metal and the zen dac. phillips x2 would probably be another good option.

edit: i also think metal sounds better over all on closed back’s vs open back. closed backs tend to have v shape’s when under 500$. and most metal is compressed anyways so soundstage does not usually matter.