Anyone else out there built what’s basically a home theater mainly for gaming? I subconsciously did this because I really don’t watch many movies or listen to music. In my free time I like to game, I built myself a 5.2.5 Auro 3D set up using a Denon x4700h and a Dell G7 gaming laptop with a RTX 2080, my speakers are Klipsch thx ultra2’s with 5 Polk Audio OWM3 for my height channels, I use a 65in TCL r625 as my screen and a Corsair lapdog with a DARK CORE RGB PRO SE Wireless mouse as my keyboard and mouse set up, Oh and a miniDSP 2x4HD for my subs. for me gaming on a real home theater setup is next level stuff that very few people consider or even think about doing, what’s your favorite upmixer to use since most games are only in 5.1 PCM, for me I mostly use the Auro 3D upmixer and DTS X since they both support the center height channel I’ll use ATMOS in games that support it like COD Cold War and BF1, but unlike movies native content is severely lacking for video games. I wish these sound format companies and home theater publications would take surround sound gaming more seriously especially since Razer owns THX you think they’d push this issue in the industry harder. either way I feel like a very unique use case and it’s not something I see discussed online very often, most gamers are only interested in headphones, but I’ve got to say headphones become very boring once you’ve heard a good surround sound set up 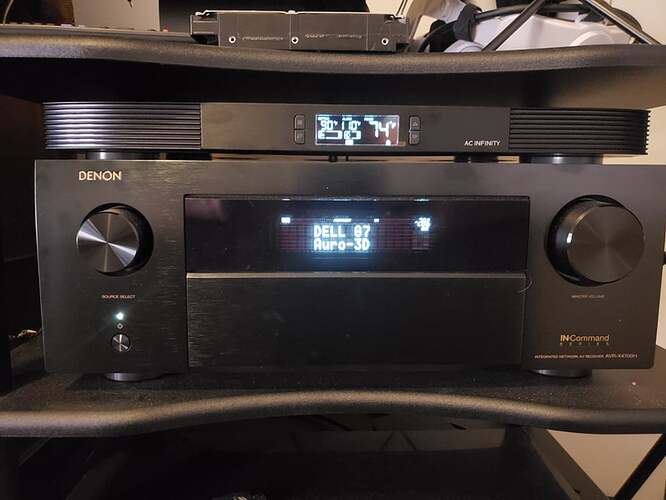 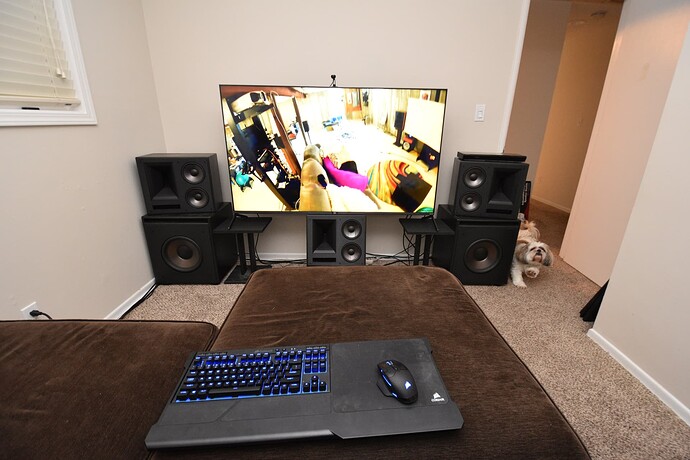 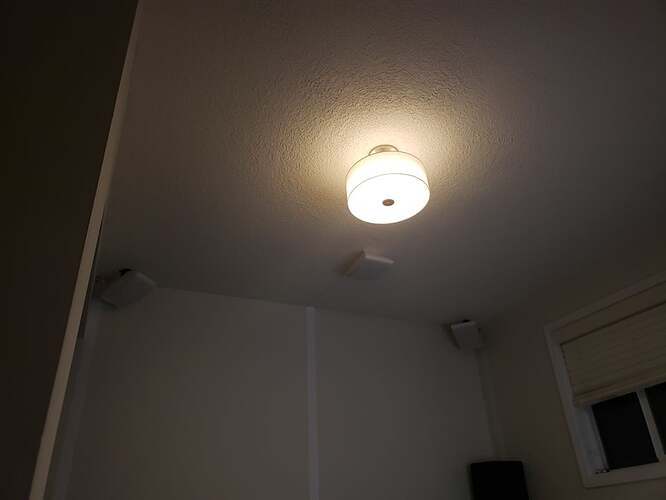 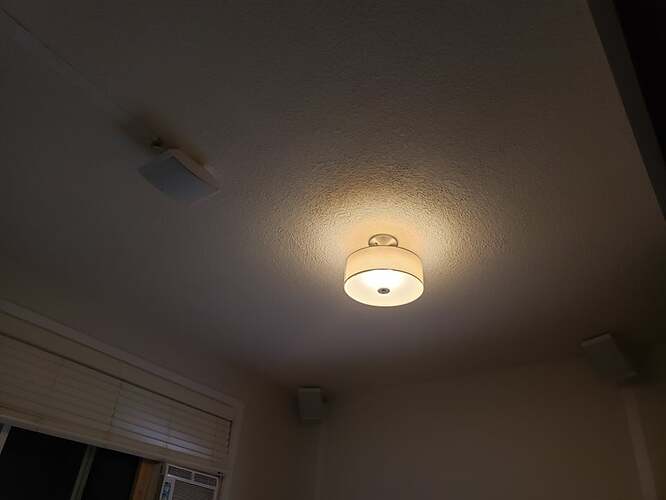 I have a feeling that +95% of people build surround setups mainly for movies.
You can game with a surround setup. I does make the gaming feeling sooo much better.
You feel the fibration of tanks and jet engines or space ships wuuushing in the room.
Gun fire going across the room. Race cars and engines.

It just is a Thing to experience.

You can even game FPS games. Tough the room, speaker location have critical role being in the correct place so you can place the foot steps in correct locations.
Also the actual speakers and build type will help with everything above.
Some speakers just do not draw detail image what is actually happening. Issues might come with speakers being different and the overall timbre being different sounding.
More detailed speaker in correct locations the more information you will have from the game.

Movies mainly but Secondary reason is gaming, that’s why i choose studio monitors.
You hear everything in detail and loud if needed.

most people dont have a space they can dedicate to a proper surround sound setup for a gaming. usually a pc is hooked up in a room thats primary purpose is something else. makes it hard to set up surround sound properly.

Surround sound gaming is nice for some things, terrible for others. And until dedicated pc rooms get more common, something i doubt will ever happen as an “extra” room in a house costs a lot of money to get, the industry isnt going to waste a lot of time getting it right or better or more common. just to support less then 5% of the player base. and its a shame for the potential. but it is what it is.

What your saying about FPS sound mixing simply isn’t true, I get a lot more detail as to what’s going on around me in 5.2.5 than I do listening to the game on headphones, the sound stage becomes massive and I think it’s quite easy to detect if something is going on behind you. Hell Let Loose sounds absolutely nuts in surround sound.

I have a surround sound setup that I built to be multipurpose but is definitely used primarily for gaming.

I love it, though it comes with it’s share of headaches, like currently I’m trying to figure out how to get hdmi audio from my PC to my older receiver that doesn’t support eARC to my TCL R635 so I can still game at 2K120Hz and also be sure I’m getting legit surround sound out

I used a toslink cable from my 625r to my AVR before I had my Denon receiver. I plugged my computer into the TV and turned Dolby Atmos for home theater on, and forced the TV to put out Dolby digital/DTS, I worked well for my 5.2 set up I had at the time.

toslink is the optical out right? or is that a different thing?

yes toslink is the name brand given Toshiba for optical audio.

Well should be a easy fix. Buy a receiver that does support.

thats debatable. but the headset is much cheaper, and that’s not. you asked a question before making statements. i was responding to the question. to each their own.

but the headset is much cheaper, and that’s not

Well we are in the realm of Surround sound gaming.
Of course even a budget surrounds setup is more expensive than a basic headset…
Think that comparison can be flushed right away.

Unless… Someone is actually gaming with Sennheiser HE1?
Then you could price compared a highend headphone with pretty decent surround system.
In the more “ordinary” realm. Naaaa

I’ve yet to hear a headphone that matches the dynamics of a good home theater, it’s hard to explain it to someone who hasn’t heard it. I basically lost all interest in headphones as soon as I got my theater set up, headphones for me where a gateway into home theater.

Speakers are nice, until you realize how overly complicated it is to use a microphone with those speakers without driving your teammates insane(just because push to talk exists doesn’t mean people wanna hear your mic blaring the moment you hit the key or something… yes you can adjust it but if the speakers are loud in most cases its going to pick up the sound… and if it somehow doesnt the moment you trigger speaking the background noise will still get picked up… its annoying)… Not a good synergy for competitive gaming or chatting though casually? sure why the hell not… youll easily get more soundstage based on the setup but speaker setups if done right are like 10 times the cost of a good headphone with maybe an amp/dac.

What your saying about FPS sound mixing simply isn’t true

curious, what he said is mostly true but varies based on how you look at it.

most people dont have a space they can dedicate to a proper surround sound setup for a gaming. usually a pc is hooked up in a room thats primary purpose is something else. makes it hard to set up surround sound properly.

extremely true and even if they do the cost to set up that room is pretty damn high, not to mention making sure the speakers are actually set up correctly so it doesn’t screw some stuff up… some speakers are very picky on where they sit.

true… but depends on how we look at it… in competitive gaming? yeah, you need communication… and in many cases sound thats closer to the ear can help less your playing one of the few shooters with trash sound engines of which… it really doesn’t matter all that much between a good set of speakers to a headphone… looking at you COD. Still, I have a full home theater setup as well as headphones… for fps games? I will take my set of cans any day of the week… granted my speakers sound better… sound quality aint what I am after when I play an fps and such large soundstage jacks up my games when I need to hear and place sounds… but im one of those that plays games like tarkov so I kinda need specifics.

Surround sound gaming is nice for some things, terrible for others. And until dedicated pc rooms get more common, something i doubt will ever happen as an “extra” room in a house costs a lot of money to get, the industry isnt going to waste a lot of time getting it right or better or more common. just to support less then 5% of the player base. and its a shame for the potential. but it is what it is.

hmm, I suppose this isn’t common everywhere but I know many who have computer rooms in their houses so its rather common out by me honestly… then again, those rooms tend to be rather small so they aren’t the best for a home theater setup for sure.