This is the official thread for the Swans D1090 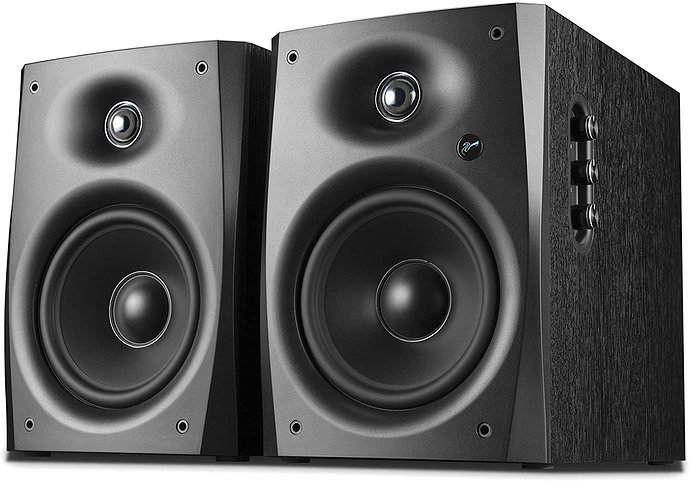 Uhm, since there’s not much info out there about those Swans D1090… Anyone here could help me out deciding whether I should replace my Edifier S3000Pro with those D1090? Since I bought the Edifiers from my European country, already imported, costing 550$ total (I have no idea why it is much less than the official 800$ here in my country…), those Swans will cost me a bit more than 400$ (because I already asked Swans and they said they have no plans to import to Europe soon) and it will be almost the same price as the Edifiers I bought.

I don’t really care about the so many features of Edifier or the small issues with the Swans, if they both sound at least equally detailed - the Swans will be my choice, only because of the more low end they have

What did you end up doing?

Well nothing so far. I will skip buying the Swans, the taxes and shipping will cost as much as the speakers lol… I will wait for some eventual big sale. Heck, even Focal speakers will be more worth it buying, since I can buy them from Europe.

Only place I found that sells swans in europe is https://www.soundimports.eu/en/home-audio/speakers/

I was looking for M300 and today I found out a local store in my country can possibly order some but I think the chances of that are slim.

So I will probably go with Edifier S3000pro.

May I ask why do you want to replace them and how have you been liking them?

Well, my only complaint with the S3000Pro is that their woofer seems to show a small defect that I recently noticed and some people also complained about. It’s a quiet sticky/rattling sound coming out of the sub’s port when the bass slams on high volumes (as if I hold a piece of paper near the hole). I don’t mind it when I listen to music, because I don’t like high volumes and I wanna preserve my ears, but it seems like only a dedicated sub could handle lows effortlessly and I’m considering this option, but it will be for the future I guess.
Also, apparently the Swans do more spatial magic than the Edifier’s, I would love to try them some day. Anyway, so far my Edifiers were amazing, that planar tweeter is very precise and clean, and I even use them for mixing & mastering on the flat dsp mode, so far it is pretty fine. Pretty much the best audio equipment I currently have.

Yeah, i’ve read about that bass problem as well.
I’ve found a place that will have them in stock hopefully next week for 465€, found it right before i was about to pull the trigger on amazon for 670€

Would also love to try the swans, but as they are nearly impossible to obtain here in europe.

These eddies for sure look interesting and have lots of good reviews about them, I am looking to use them for my living room tv/audio setup.

At the moment been using my old ass krk rokit 6’s that i bought way back when first getting into music production.

Um could someone share some insight on the issue / problem with this speakers?

Um could someone share some insight on the issue / problem with this speakers?

They made in China with Chi-fi quality?