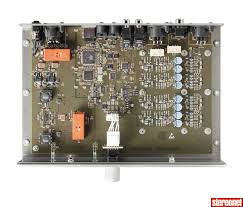 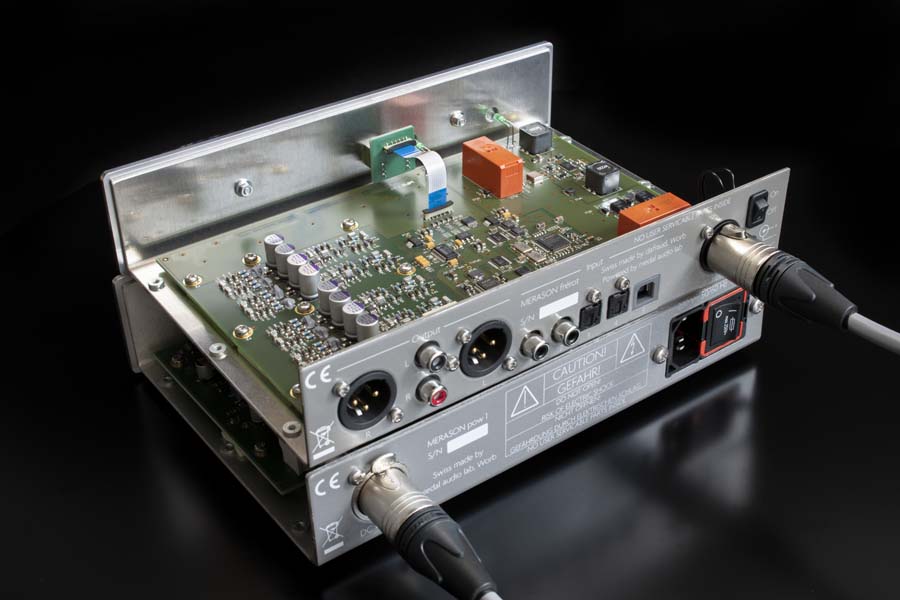 So I know me, the 5 people that have reviewed it, and about 37 other people are the only ones to know, or at least talk about this DAC- the little brother of the more well known DAC1, so I’m here to do it, and a little bit about DACs in general.

First off, I’ve always been a bit of a DAC skeptic. Not in the way we look at " $500 USB cable people" but in a “yeah it makes a difference but how could not be better to take that $1000, $5000, and spend it anywhere else in the source chain.” Always used a Zen, and tried an Ares II once with my G111. Didn’t wow me and made the highs a little hot, so I sold it. Then, I got a Burson Soloist 3x. The detail and clarity of that thing, yet with a tubey smoothness/warmth? I don’t know- it’s witchcraft. Someone once described it like that and just said “you have to hear it to know what I mean”. Then I did, and within 7 seconds you go “Yep, know exactly what he was talking about.” So, I decided to entertain the idea of a new DAC because it didn’t play well with the Balanced out of the Zen, so I used this as an excuse to upgrade. Sold it, G111, some IEMs and my 880s.

Messaged MON a million times, and somehow he talked me up to the $11-1200 dollar mark (though he didn’t mention this DAC) because of one key thing- I had to use my backup DAC, the Grace SDAC. The Burson so easily showed the difference between the Grace and the Zen, that I was convinced there was better to be had. I gave myself a hard limit of $1000 CAD, and yet I blew that. Every one and their sister recommended to get the Bifrost 2, but for reasons I outlined in that thread, it wasnt to be. Had my heart set on a Draco for a while, but no matter where I turned I couldn’t find one person that said that a full blown R2R discrete ladder DAC under $2000 could handle the speed/complexity of electronic music as well as other DACs. After a bunch of reviews, I landed here because the 1794A it uses intrigued me (it’s a multibit/DS hybrid and one of if not BB’s best measuring chip of its kind or near best). I also like the idea the designer wasn’t going for the best measuring DAC, and the goal was to create a product that made him willing to listen to digital as most things still didn’t hold a candle to his own analogue hifi system. Team him up with another guy who wants the analogue sound and the mission statement of the designers at least aligned with what I wanted out of a DAC.

And that’s what it is- a DAC. Inputs, outputs, a knob to select the input, and 2 green LEDs. Doesn’t weigh a lot eirher- feels well made and light at the same time. Other than the Merason name somewhat tastefully written on the front it’s minimalism at high levels. It claims to be NOS, but so do a lot of DACs these days, and it’s not true NOS, but it is 24 bit only.

Using my T1.2s to listen, the bass is fuller and punchier, and it’s detail is incredible. I now know what people mean when they say holographic soundstage and imaging now. It’s a wall of sound, while also being separate and clear. You’re the conductor, and the orchestra is bathing you in a wall of sound yet everything is still distinct. It’s not lines of different placement, it’s the whole damned wall, while being many different sounds at the same time. Ive had “oh… That’s 2 different sounds, 3 different sounds, not one!” moments. In some electronic music passages there’s so many different sounds going on I couldn’t even digest them all at the same time, yet every sound was so controlled and clear, it’s like there was 1 DAC for each 2 parts of the 8 sounds I was was hearing. Instruments sound that much realer, with more detail and more decay, more everytning. It’s not going to fix bad recordings, but it will make good ones, great, and great ones give you the feels because your brain feels like it’s melting from how overwhelmed you are by the sheer sonic experience of whatever sound waves are and how they can elicit strong emotional reactions.

Take this all with a grain of salt. Other than the brief stint with the Ares II, I only know inexpensive DACs. It’s entirely possible I would feel the same way about a $350 DS DAC. I do get the feeling that most of the people who shit on expensive DACs didn’t have the headphones or the amp to make it worth while. Someone once told me I couldn’t appreciate the Ares because my other gear wasn’t good enough. I thought he was being a jackass, but he was right. I’m not sure I have a Holo May in my future, but no regrets. It feels like the cap I could tell was on my music is gone, even though I never really knew any different. It would be so interesting to compare this thing to a BF2. It’s also an ideal DAC because it sounds great as is and when you feel like throwing more money around later, you don’t have to upgrade DACs! You just get to spend $1000ish bucks on the matching PS!

Anyway, check this thing out. The fact it’s so compact is pretty sweet to. Don’t mind me, I’m just going to wipe my eyes. The opening of a Space Odyssey 2001 just came on, and I’m crying a little.

@Chifiguy Thanks for this. Very nice work, btw. I’m even more intrigued, now. You look at it, and it just doesn’t look like much! I found a place that offers them for $1,250 US. This could be my next DAC.

My goal was definitely to make every one go “fuck- I need to try this DAC, or at least learn more about it”. When you think about it, if you bought the external PS, and put them side by side let’s say, it would look more substantial. Most DACs just throw it all in one box so you go “now that’s a DAC!” But I like they made it an upgrade later and didn’t start with “you better have $2300USD or go fuck yourself”

I agree. Had they done that, I would have just passed right on by. There is no way in Hell I am spending $1,000 on a power supply! I’m sorry, that’s just not going to happen. $1,250 for the DAC is stretching it for me, but it’s a target I can reasonably save up for. I think this DAC might be something kinda special, over-priced power supply or not.

I’m new to high-end DACs - are you saying you need to also buy a $1000 power supply for this as well?

people who say you dont have the gear to appreciate are full of shit. all gear scales. you just found a dac you like. and i am very happy for you

No it comes with a power supply- all good. Reviewers tend to agree it makes a difference, but some say it’s hard to justify the price. There’s picture of it online of the insides and it looks sexy as hell, but it is a lot. Ive read detail and dynamic range improve some, but that the sounds gets a little cleaner, which might not be a good thing if you want the more “analogue” sound and the warmth in the bass is decreased so it’s all relative in what you want. Super curious to hear it but I doubt I’ll ever fork the funds out