This is to share impressions of the new flagship from ThieAudio. 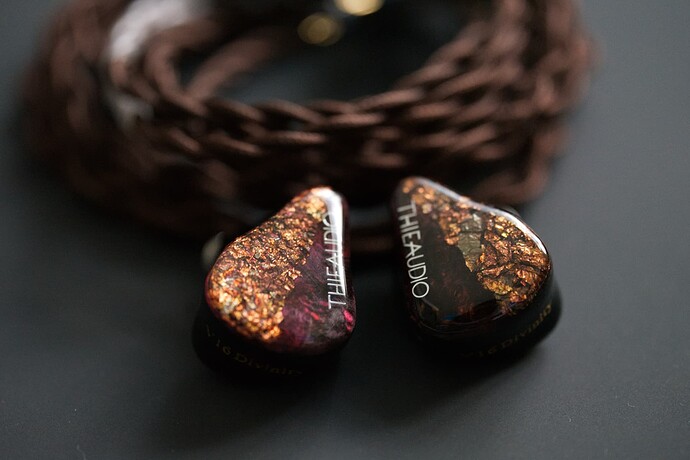 The V16 was released at the same time as the Monarch MKII but still remains somewhat of a mystery for a lot of people.

The V16 is the successor to the popular but somewhat criticised V14. More on that later.

I am biased but I will kick-start the thread with some impressions I wrote when I first received the V16.

Also to give some context: well before I started Elise and before having the V16, ThieAudio V14 was my favourite iem. I had to apply some substantial EQ to make the most out of it. I also was (and still am) a big fan of the OG Monarch.

V16 tuning has fixed almost everything I didn’t like about V14 and is an upgrade in all kinds of ways. Fit is better and sound is improved throughout the FR.

Spent a couple of hours today with MKII and V16. Some thoughts:

First of all, the V16 is ridiculously easy to drive, one of the most sensitive iems I have owned.

MKII on the other hand needs more power to deliver its full potential.

Instruments sound overall more real and full with the V16. I don’t know if it’s harmonics or the number of drivers or crossovers but the V16 sounds like a live concert. Instruments still sound great on MKII but the sound is overall softer and feels more like a recording.

Vocals: this is where MKII shines and V16 takes a little step back. Voices are more forward, emotional, smooth and full on the MKII. MKII is one of the best iems for vocals out there IMO.

In a nutshell, two amazing iems that do different things. If you want a mid-centric, detailed and smooth iem, MKII is the one.

If you want a U shaped detail monster that’s super technical and a bass cannon with TOTL staging, V16

can u explain how precogvision from theheadphoneshow basically heard everything opposite? here’s his written review: https://www.headphones.com/community/reviews-learning-and-news/thieaudio-v16-divinity-review

he said BA bass lacked detail and was unrefined, midrange sounded off, treble was worse than Monarch MkII’s, soundstage was similarly unimpressive, and layering was squeezed in complex tracks, etc. and he said there was no special sound from this IEM that other flagships had.

he basically said kilobuck IEMs are comparable to the V16 but he actually thinks the other kilobucks sound better.

how can the reviews be so opposite?

What eartips did you use?

This said I don’t understand how anyone can say that V16 bass is not refined or detailed.

This is one of the finest BA bass you can find and is the most DD like bass from an all BA set that I have personally heard.

U12t has a good bass for a BA set but it is not as refined as the V16. Unless you use the fir modules, U12t bass is a bit soft to my ears.

After that different people hear different things. But yeah the review is a bit surprising to me too

To me the only thing where V16 doesn’t always excel is male vocals, and that depends on source and track. They are still good but some sets (like U12t and MKII) can sound fuller there.

I am not a reviewer and I hope we see more reviews soon!

As for tips, I use the smallest sedna Crystal tips to ensure the deepest insertion possible. This is not a small detail, V16 (a bit like Anole VX) needs really deep insertion to sound at its best. Perhaps Precog didn’t have a good seal? I wonder…

I didn’t try the stock tips but happy to give them a go and see what happens. I like the Sedna Crystals with my all BA sets so I just used those.

This is one of the finest BA bass you can find

Would to be interesting to have a V16, U12t, Symphonium Helios off… 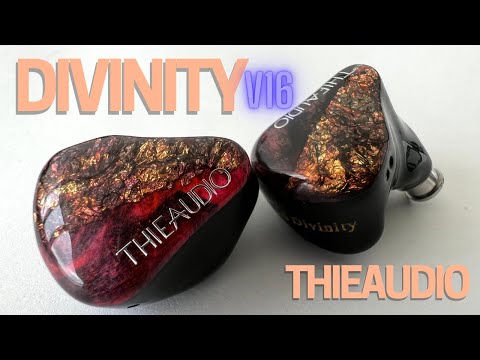 The KR5 has the biggest stage and sounds very open (it is an open iem). V16 stage is a touch smaller but it is not that far behind. MKII stage is clearly smaller than both.

Because some people are biased. They see ba and probably don’t even listen, just write a review. Or they listen with extreme bias.

V16 is a misleading set.

Super easy to drive but is actually quite source picky. You can watch the Vortex review, he noticed it.

I listened to V16 with the Cavalli Liquid Gold yesterday and I wasn’t listening to an iem. It was more akin to a great closed back HP. I have owned or tried some of the best closed back HPs and most don’t even have the V16 tonal balance.

ThieAudio has been on a roll off late with appealing IEMs at various price points. Today, we look at its latest and greatest: the V16 Divinity flagship. It employs a whopping 16 Sonion and Knowles balanced armature drivers combined in a complex 5-way...

Well, in Crin’s latest video, his first impression is quite flattering for the V16, going so far as claiming the V16 is just as good as the $6.5k Trailli while sporting a much “cheaper” price lol. Right now I’m rocking a S12 and am planning to upgrade to a hi-end IEM to have a taste of what hi-end truly sounds like. I guess V16 would be considered one of the potential in my target list for sure.