This is the official thread for the Thieaudio Voyager 3 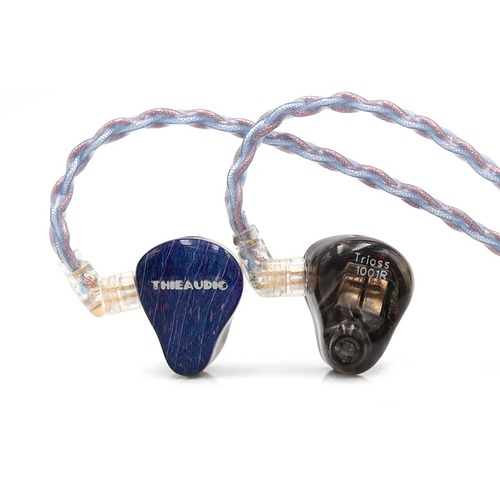 I’ve heard from Bad Guy Good Audio Reviews that these are the new sleeper hype IEMs. I haven’t seen too much on these yet, probably due to their poor return policy. I’ve contacted them but I doubt they’ll change it. 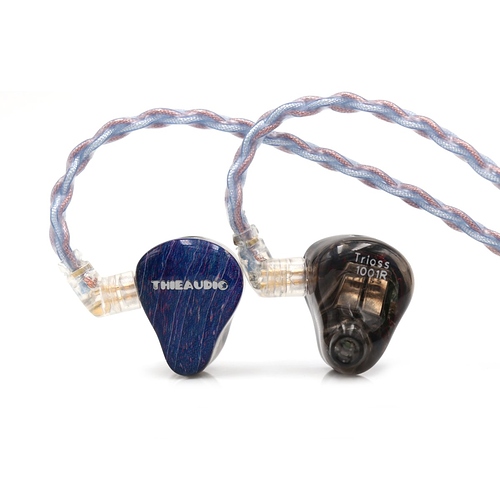 Ground Control to Major Tom As with its elder brother, the Voyager 14, the inspiration for a more affordable in ear monitor came from our aspirations to set new bars as to what professional earphones can achieve. By optimizing the number of drivers...


I wanted to see if they’re comparable to the OH10. I’m not sure if their return policy indicates a lack of faith in their own product, or if there are legitimate restocking legistics that make it difficult to offer a return policy that doesn’t involve customers throwing $55 down the drain. I wouldn’t mind buying them and reselling them but they’re so niche that they might never sell on ebay, especially if they do wind up being subpar. I’m not sure how much of a shill BGGAR is. He’s a weeb that makes long analysis videos that are usually accurate, but he’s also biased by his hype for the more expensive Voyager 14s. He also has them in B tier on his IEM tier list along with the Blon 03s and I think the OH10s, but the tier list has a high threshold before ascending to A tier.

So, kind of wanted to give this IEM some exposure here. I’ve yet to buy them due to their return policy. I emailed them about their policy but I doubt they care enough to change it even if they’d sell much more of their IEMs.

If you want, I can make this an official thread?

Still waiting for my pair to ship from Linsoul. Ordered on 01/18, shipped on 01/28, has yet to be picked up by DHL. Unless someone already has a pair, you’ll probably be waiting a while for more impressions.

There are sellers in AliExpress that sell them, I have one in my wish list. I don’t know where you live but here is Spain AliExpress provides 14 days for free returns in many products. I used it last month with a defective cable. Might be worth to check it out.

On the Thie tip anyone ordered or got the Voyager 14?

I got DHL Express because I was trying to beat the Lunar New Year, which is supposed to be 3-5 days to the US (where I am) less any delay for customs. When the virus hit, everything came to a grinding halt. I emailed Linsoul 10 days ago for an update on the [understandable] delay, and Jenny just stressed patience. Eveything is a logistical crap-shoot right now.

@Ohmboy depending on how I like the Voyager 3, I was thinking about snagging one.

Sounds good to me (making this thread official)

This guy puts it at about his max along with the Moondrop Starfield. ($109)
He says it’s pretty versatile with its switches for bass and treble.
His rank list: https://docs.google.com/spreadsheets/d/1FwGmK_Ewxp-hALlBjCqsiFILZRBOJ3MoNLT09fU8KUM
I can’t check it at work right now.
1 Like
Towa March 4, 2020, 9:48pm #11

Yeah this one is up there with the starfields for IEMs I would like to give a try, just kind of in a state of pause when it comes to buying audio stuff right now, especially iems since up untill a month ago I had like a dozen different sets and now I’ve scaled back to only 5.

Dont buy. Worst cable connection ever. It has this raised 2 pin connector and the cable is not connected strongly enough and IEMs will come off the cable when you take them out of pocket from time to time. Mine happened about 5 times. Then one fell down. Next time it fell again and the plastic broke. Now one of them has a hole in them.
Dear Thieaudio - please use normal connections.

I don’t keep iems in my pocket anyways so… Is it a cable issue or a problem with the actual connector on the iem side? Because I have my own cables.

Im not sure. Probably both.

received mine yesterday. Packaging could be better and no instructions as to what the dip switches do or by how much which is a bit dissapointing.
Sound wise, the base setting is OK but seemed a bit “flat” to me. I settled for both bass and treble boosted which sounds pretty sweet to my ears.
Cant say ive noticed the problem with the connector as it seemed a tight fit on my set but the cable and iems are poorly labelled.
My ears need to adjust to them a bit as ive been listening exclusivly to my Fearless S8F but they are definately above my T3’s and P1’s.
I got them to use on my occasional commutes to London so the only thing left to find out is what the isolation is like

Got mine today, connector in mine is ok , but yes I wish something stronger. Come in a regular box like others that are custom made. Tips are just terribly need to invest in that. But the iem is beautiful an sounds is great. 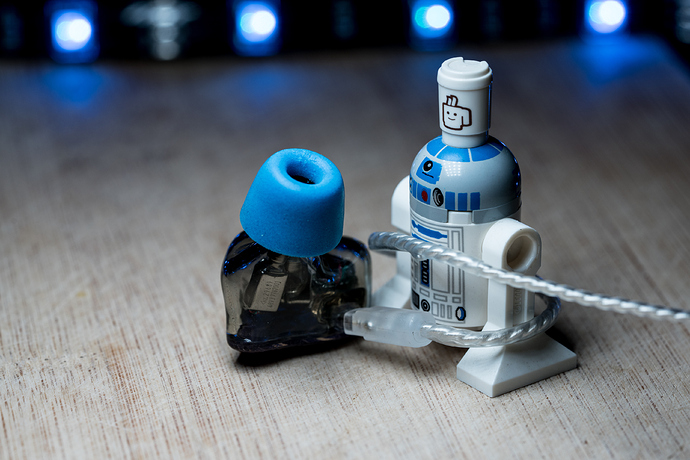 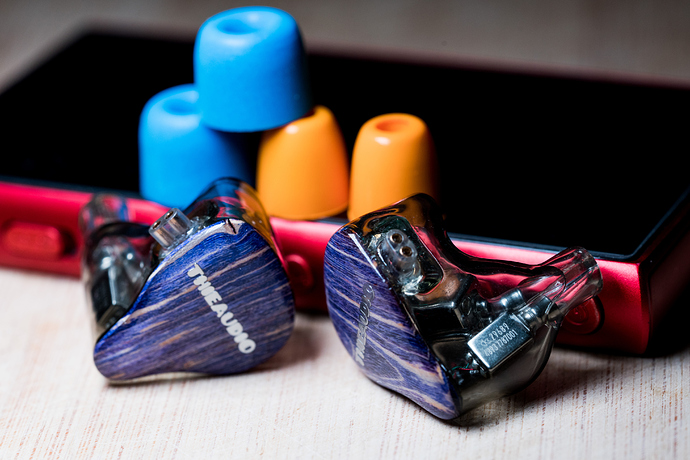 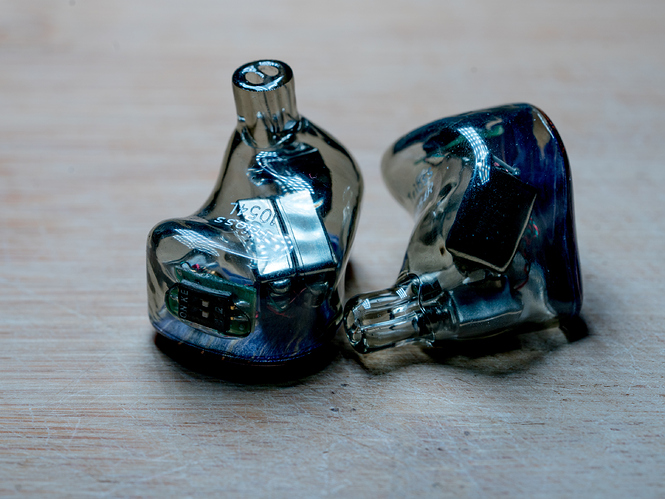 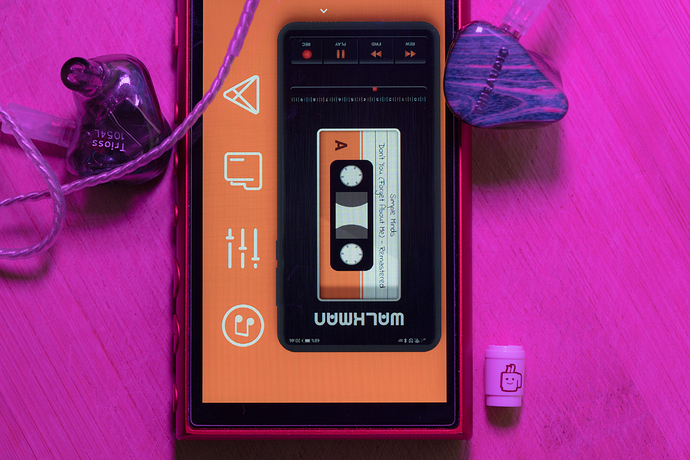 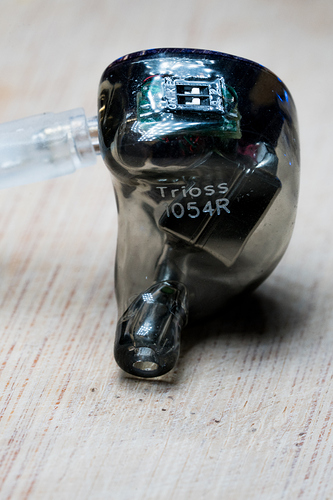 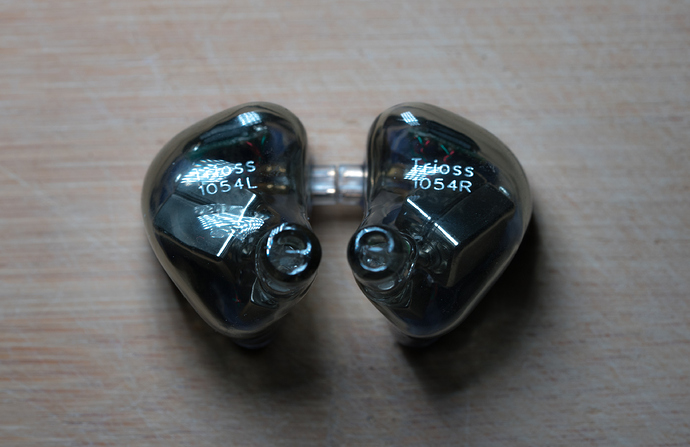 My Voyager 3 finally arrived today. Gonna take my time to get used to them and make it past the honeymoon period. Definitely gorgeous and seem rock-solid, though.