Ok so recently ive been getting into a band that i used to love as a kid. as a matter of fact they where the 2nd band i bought an album from. First being Duran Duran. The Thompson Twins. They are seminal cause they preceded the New Wave in America by a few years. They where there even before Duran Duran with the hit songs “Lies” and “Love on your side”. Well the album those songs came from “Quick Step & Side Kick” can be found nowhere. Its gone. Disappeared.

Ive looked at all the online streaming services: Amazon, Qobuz, Tidal, Apple, Youtube, Deezer, Spotify. Its not there. All the Thompson Twins other albums are there. Including greatest hits with those hit songs on them. even Tom Bailey’s new solo album. But the “Quick Step & Side Kick” album is missing. Even the album before it is there. but not the one i want…

Well i was hoping to get it streaming. Didnt want to have to buy the CD. I found it strange that its not there on any of the services

well that you didn’t say…you wished to stream only.

I mean their entire catalog is there including compilations and such. why is that album only missing? one of the most successful all over the world?

probably some weird licensing contract in place doesnt allow it to be. 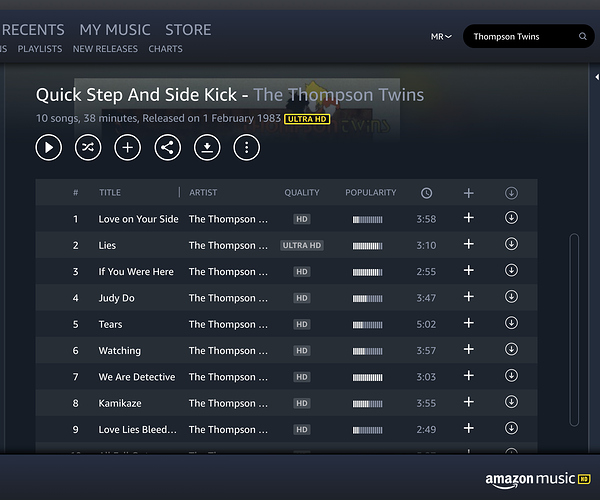 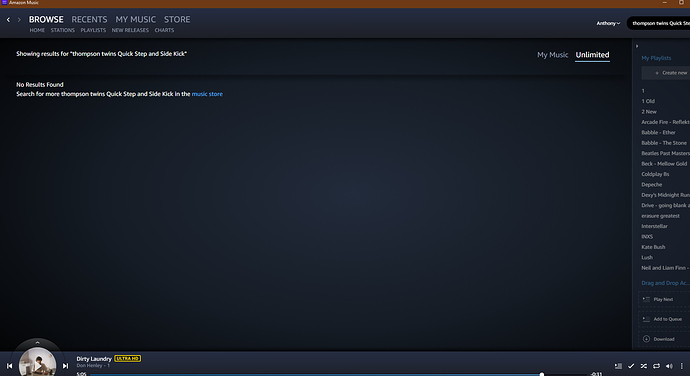 What country do you live in Ohmboy?

UK mate…how come it’s not available in the US?

lol. I love everything UK. I should live there