This is the official thread for the Topping A50 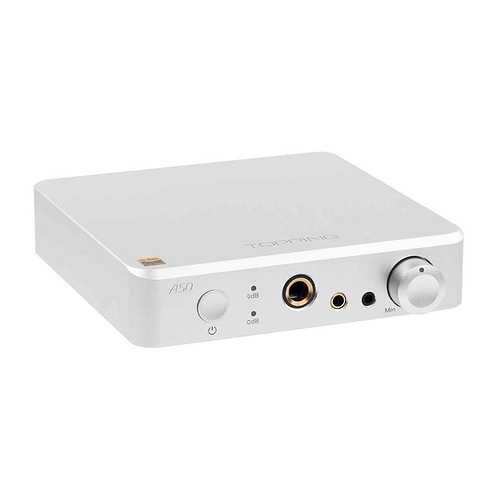 what is the note about Higher output impedance (potential warning) for? like what bad things can it cause?

oh ok, I kinda got the impression from the posting that you could blow the drivers out os some shit.

Ok, made it less ominous lol, it’s just something to note with it

while I’m not in the market for one of these. I do have to ask. Does it come in black?

kinda related, before I settled on my new dac I had thought about getting a D30, but in topping website they did not show having a black one. While on amazon you could find one in black. I did not buy it as I assumed it was a fake. But is there any way to know for sure? buying anything from china is super shady as is.

Still no reviews about it, and ASR still not “measuring” it.
It’s weird.
IMO they just can’t compete with the cheap SP200, Atom (etc.) right now.

Just found this on YouTube. https://youtu.be/sw_ZnYs6GtE Only review I can find online.

In what way does it sound better? I skipped it because I thought it was too cheap, I wanted a real power cable and I like the extra input options.

Is it just a better chip? On ASR they said you could not tell any difference, sound wise.

It’s so minute it doesn’t matter too much. I personally think it’s slightly cleaner sounding but it really doesn’t matter that much, I just think if you don’t have a dac I would just go for the d10 because it’s newer and also a slightly better USB implementation. But realistically they sound super close, I really only noticed on higher end gear

Anybody get the A50s yet?

ASR has the A50s maxing out its measurables.

I have the D50s running with a Chromecast Audio Puck and love it. Thinking of grabbing this to just pair it with the D50s for posterity.

Any difference between the A50 and the A50s except that the A50s wasn’t measured by Amir? Lol.

I just ordered the A50s from Apos and I should have it sometime next week.

I was going to get the A90 but after seeing the review and measurements on ASR I figured why not save $300 and get the A50s since it uses much of the same architecture as the A90 just with less power and a smaller form factor, plus, I already use the D50s as my main Dac. I mean 3.5 watts at 32ohms in the balanced output is plenty of power for all my headphones and really most headphones for that matter. The A50s measures better than my THX SP200 and from what I’ve read I think it will sound better as well with an even more transparent sound. It looks like it’s almost a mini A90 and while I don’t expect it to be quite as good as the A90 I do think it will be close and saving $300 makes it worth it to me.

Yeah, if you don’t need balanced, A90 is a waste of money.

Same for the Topping DX7 all-in-ones vs the D50S, probably. (If it’s not the same chip, it’s the same implementation, the same “Topping” sound – but you choose the amp).

Has the A50s ‘resolved the higher output impedance’ adequately that it is not a going to be a ‘issue’?