Trying to find the perfect IEM’s under $550ish, is it possible?

Well I went down the rabbit hole a few months back- grabbed a pair of KZ’s, and was blown away by the detail compare to a pair of beats or cheap Sony buds. So I though, how much better can it get? I did research and next went to the Arias (which made me return the KZ’s). Big upgrade again, but I still wondered how much better?? I then got the 7HZ Timeless- and those blew the Aria’s away in my opinion, so out went the Aria’s. The timeless are great but i still wondered how much better can we get?? I got the Fiio FD5 and why I think I do prefer these to the Timeless, it still seems like it’s missing something- it’s a little fatiguing to me and the mids seem to get a bit lost, but everything else is great- the Timeless mids seems a bit better, and the tight bass was addicting. For under $550 is there an IEM that is a noticeable step up from these?? I listen to such a mix of different music that I need something that is very versatile. I use comply foam tips typically and will be pushing from a Fiio BTR5. Is there any suggestions that anyone here may have? I would appreciate any help I can get here.

Based off of what I’m seeing a lot of on these forums, people are pretty big on the Tea’s or Tea 2?

they don’t use up your whole budget, but take a look at the Etymotic ER4’s. if their fit doesn’t bother you many call them end game.

I’ve been seeing that one a lot too! Very interesting to me

It’s funny you say that, the FD5’s actually have a similar tri flange tip and it’s super weird how deep it goes in the ear but it doesn’t necessarily bother me, I just don’t know how long I could listen to them for like that without irritation.

I’ve come to the conclusion that I like the Timeless better than FD5 if that helps at all with my sound preference, I’m for sure a noob but I want to provide as much as possible for a good recommendation!

Ej07m is on sale I believe. Would be my rec

Btr5 should push it fine!

Would you push for that strongly over the variations? I’ve been reading an insane amount of information and am leading towards them- please tell
Me if I’m crazy here or if there’s much better in this range.

I do, especially after time passing, I was maybe too soft. I don’t think Variations is an all rounder if your library has mid bass somewhere.

Too easy Etymotic ER2SE. Nothing matches the measurements, timbre, soundstage an absolute KING of the iem.

Check out the target from diffused to the ER2SE

BOOM!!! look at that flat line this is the highest resolution IEM it doesn’t get much better than that.

Sorry but this would be my take on that graph…

BOOM!!! look at that flat line this is the highest resolution IEM it doesn’t get more boring than that.

Each to their own

Ultra-flat sound - some may prefer it. But for fun and the ultimate game in tuning, it is better only to be flat on mids. Hmmm, I mean … you guessed it!

It’s just not true. Flat isn’t boring you do realise some of the best headphones out there measure flat right?

Planar bass is considered thunderous and most planars have dead flat bass. It’s not boring and is considered some of the best out there.

For reference here the 6XX with only 3db boost in mid bass is considered a bass Bloomy headphone with only 3db.

In the mid range flat at 1khz, with 2db boost from flat target at 1.5khz and flat at 2khz is considered one of the richest mid range.

In fact once the 6XX has driver breakup above 6khz and scoops down really deviating from flat target you get a seriously bad veil the headphone is noted for.

This is why people use tube amps with tubes that have a treble emphasis and you hear reports of the veil lifting.

Certainly heaphones noted that target flat as possible are noted to have EXCELLENT timbre and life like representation, Susvara, ER2SE, ZMF Auteur, 6XX, Sundara is a big one on this list with life like organic representation.

You’ll notice where planars especially early ones like Audeze LCD2’s sounded wonk wasn’t cause of their flat bass, rich midrange like the 6XX it was cause of their treble.

Due to transducer massless design they have trouble stopping at high frequency unable to hit flat and are unnaturally dark and insanely high air frequencies causing masking and lacking detail covered by air frequencies stopping the treble resolution entirely.

The purpose of transducers is to reproduce music and sound as life like as possible.

but seeing as this’s a IEM thread let’s just guess which one of these two graphs appeals to me?.. 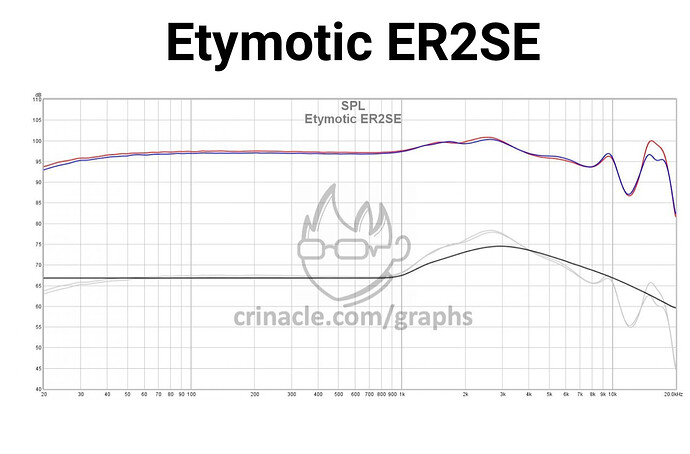 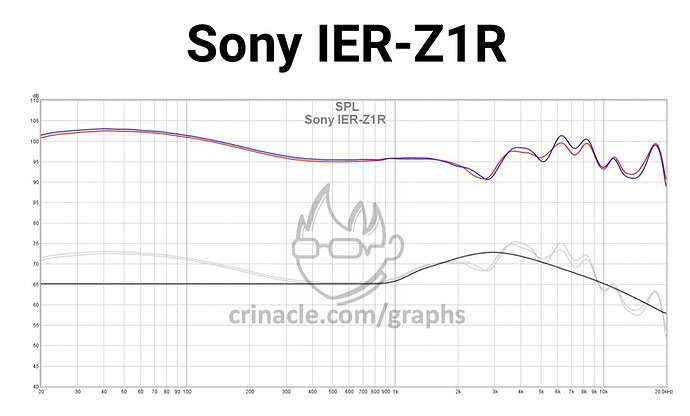 Also a lot of what you like about a transducer will come down to your personal library and to some extent the source chain.

At a quick glance of my library- I have rock, alt, edm, country, vocals, hip hop, some acoustics, some doobie brothers/ Boston, whatever you want to call that- so it legitimately swings all the way around

EJ07m will play anything, but you might also wanna keep an eye on Ej07m Kinda Lava edition, as that’s close to HBB’s library and he tuned it

I reference his reviews and list rankings quite a bit! Along with Goku, Precog, Ant and Crin- is that particular unit out yet and if it’s not do we know a price range? I’m willing to move up just a bit to find a nice, versatile end game for the next couple of years, if that’s even a thing in this hobby lol