There is the Doge Audio Tube DAC thread, but I got wondering - what other tube DACs are out there?

Currently, I run a DAC - tube buffer - integrated amp setup. a tube DAC would allow to cut the chain and just have DAC to the amp. The Doge one seems nice, but a bit pricey. Anything under one grand?

Pro-Ject DAC Box RS seems to have tube an DS

That Tor Audio looks interesting, though having wires on top of the unit is kinda strange

I was once interested in this, but it was discontinued and no replacement to be seen
https://www.musicalparadise.ca/store/index.php?route=product/product&path=66&product_id=98

Fair enough, his stuff is extremely well made and hand made at that.

I’d try putting it out there you’re looking to buy that sort of thing, I’m sure someone would be down to sell theirs

I have heard good things about Border Patrol DACs and the Lampizator’s have a strong following.

Reluctantly paring down my headphone rig which means this gem of a DAC is up for sale. This TOTL Pagoda from MHDT is super clean with all original accessories/packaging PLUS two sets of 6922 upgrade tubes (Tesla & Russian) with adapters. These...

Anything under one grand?

Admittedly not much worthwhile. The mhdt labs dacs might be your best bet used imo, I personally like the orchid for something a bit more fun but controlled, or the pagoda for something more neutral with a bit of sweetness (the istanbul is the most fun leaning but I think that gets a slight bit out of control)

Is it possible to get the project dac box rs for under $1k in the US?

Ahh, they commonly go for around £500 used here

Actually saw one Pagoda on sale in Estonias classifieds , but when I contacted the seller he said sorry and its already sold

how exactly does a tube DAC work? or is that a misnomer and it’s just a combo DAC / Amp?

All DAC’s with a few exceptions like the border patrol contain a buffer/amp that’s referred to as the output stage.
Most “Tube” DAC’s have a Tube output stage, instead of an op amp or discrete transistor section
Some use tube rectifiers in the power supply.
The Border patrol DAC has no output section which has it’s own issues and a Tube rectifier.

The design of the output section, and the PSU have as much impact (or more) on the sound of the DAC, than do the specific DAC chip, or even in some cases the DAC technology.

interesting. what kind of sound are tube DAC known for?

It’s the wrong question, like what kind of sound does R2R have.
You don’t listen to an output stage or a dac chip or clock, or any other single component, you listen to the DAC.
Having said that a manufacturer putting tubes in a DAC is usually looking to increase the stage, and possibly soften some of the digital hardness.
The Lampizator for example you wouldn’t think tube just listening to it, but it’s a very “analog” sounding DAC, still quite resolving, but it’s more focused on the staging and micro dynamics.

Talking about Border Patrol, I just saw this on my YouTube feed. A quick take on the DAC by Sine Craft Audio. 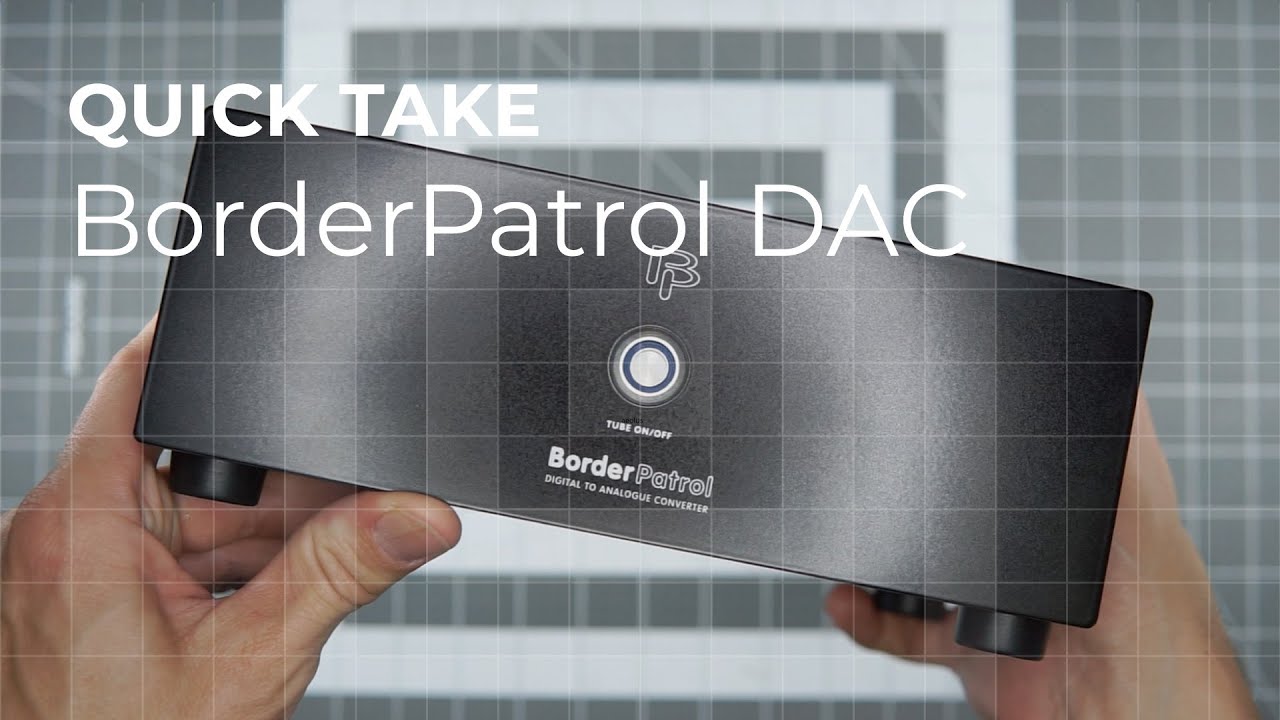 I agree with this, I wouldn’t buy a dac just because it has a tube in the output stage when it comes to higher end dacs, same with higher end amps since they can all be so wildly different and it really doesn’t matter too much what they use to achieve their sound as long as it sounds good, it’s really going to solely depend on system synergy and preferences and not the type of single component inside as you have to consider everything as a whole, as it’s not wise to focus on one single aspect as a focal point and assume that dictates the sound

Man. Not a fan of the border patrol. I can kinda see why people like it but, it’s just a warm mushy mess. Firstly it’s hard to pair, having no output stage it has a wildly high output impedance meaning you need to have something with a very high input impedance to compensate (at least 50k ohms input impedance probably) for it to sound passable. 2ndly I just can’t understand why this dac sounds favorable at its price point, it has minimal detail overall, very sluggish, dynamically blunted, little texture, a wide stage but barely any placement accuracy, it does have great timbre but too rich tonality and too much density. It’s extremely underperforming for what it sells for. But for some people that’s exactly why they would want it, to add gobs of coloration to the sound and not be a high technical preformer, but that’s not for me lol

very sluggish, dynamically blunted, little texture, a wide stage but barely any placement accuracy, it does have great timbre but too rich tonality and too much density

I enjoyed the BP when I had it, but as soon as I was able to listen to higher end DACs it was very evident when the BP fell short. What I like about it was the staging, very wide but I’ve realized that width is the easiest of the staging dimensions to get. And it quickly becomes a one trick pony if you don’t also have the depth and (IMO the hardest to get) height. There is a very “right” sound to it though and I guess that’s why people enjoy it. Noting about it is offensive and it sounds, well it’s a DAC that masks poorly recorded content. Some people, that may be a deciding factor.