I’ve been using HyperX headsets since 2015. I started with the Cloud 1 for 2 years , and then moved on to the Cloud Alpha Pro that I’ve been with for 3 years.

They are a bit broken now and I want to change to something better.

Only PC use, gaming (casual and competitive) and music/films ( i rlly love music). Also i would like to try a wireless headset if its worth it but not sure.

Do you recommend me a model of these or others?

Hey there @Kaarosu welcome to Hifiguides, feel free to browse the site as there’s plenty of information on here as well as many people who can help. Now, let’s see if maybe I can help you out a bit here.

I’ve been using HyperX headsets since 2015. I started with the Cloud 1 for 2 years , and then moved on to the Cloud Alpha Pro that I’ve been with for 3 years.

I can relate, hyperx are quite nice for a cheap entry gaming headset and were based on Takstar Pro 82 headphones much like Coolermasters lineup of the MH751 and MH752 with their new addition MH600 series being a more “fun” series of headset. Not bad but definitely not the best…

Only PC use, gaming (casual and competitive) and music/films ( i rlly love music). Also i would like to try a wireless headset if its worth it but not sure.

So, a few things before I can recommend anything are what kind of budget are you looking at here as the range seems to vary quite a bit. Some of the higher end headphones require and amp/dac unit which incurs an additional cost and other headphones do not have a microphone which also incurs an additional cost… do you need a headset or would you be able to supply funds for a full setup? lastly, what kind of music do you listen to and what kind of sound would you say fits your preference? Some people love bass others love vocals stuff like that. I can go ahead and comment on what you have listed for the time being though.

so, anybody who’s ever asked me about Creative as far as headsets are concerned I tell them to immediately skip. They look nice, can be relatively comfortable but are quite cheap and just generally bad in about 90% of all use cases… the soundstage and imaging is the biggest offender with them as their sets generally are bad at up, down, behind you, and diagonal sound placements and instead focuses mainly on left right and center… meanwhile suffering on imaging inaccuracies leading you rather astray as sometimes you will hear a sound that you believe could be right down the hall… but in reality he could be in a room down that hall sitting in a corner instead.

This isn’t a particularly bad one and a good entry into planars for headsets. The alternative to these is the Audeze Penrose which is new. Orbit here is designed from audeze Mobius but is wired which solves the latency problems… it has multiple equalizer presets to let you tinker with your sound… the issue with this one is again… not the best on sound placements. However, comparing sound quality to something such as creative? This thing completely destroys creative in terms of overall sound quality and sounds quite nice. Penrose over there is the same as this but without the 3d functions and is low latency bluetooth. Also, something to keep in mind here is that ORBIT S is the same headphone as ORBIT but the S variant has the 3d head tracking… which is practically pointless less your using it for VR or like a mobile application or something… the S variation will cost you more than the regular in most cases and is completely unnecessary as it really doesn’t provide a lot of benefits.

this one has better soundstage and placements than the other two but can be deceptively costly… A50 is the wireless variant and has some latency problems here and there so I would advice going with A40 if you can manage to get one with it’s appropriate mixamp. These are not closed headsets they are open back which is a rare commodity in headsets… very comfortable and massive ear cups. They are however, quite fragile despite their look so if you get one I highly advise being careful with them. It also has a form of equalizer software so it’s rather adaptable… I would rate this better than the other two listed above but in terms of overall sound quality… rather neck and neck with orbit

This is, without a doubt, probably best one on your list if your wanting to be very serious here about gaming. Imaging is spot on with this one and despite being closed the soundstage is massive. It does suffer from some bass issues here and there in competitive but nothing too concerning. Mic quality is better than the others except maybe the orbit which it’s more on par with. Build quality unlike the others is built like a tank. The mmx300 is essentially a gamer variation of the DT 770 just with a slightly altered sound signature, dialed back to be ran ampless, less headclamp, a microphone, and more of a gamey design to it. This headphone is Bested by the Tygr 300R the other gaming headphone from Beyerdynamic which is an open back with even better soundstage and imaging however, that headphone does not have a microphone so it could very well cost more… if it doesn’t you could tend to this idea and look into potentially a Modmic just to attach to the tygrs and use that as well. Disclaimer: Beyerdynamic headphones are known to be a bit more on the power demanding side… they are 32 ohms for their gaming sets… if you have an incredibly weak motherboard audio codec your motherboard will not power these properly and you would either need a new motherboard or an amp, please keep this in mind when buying higher grade audio headphones.

Wow, i really appreciate your reviews!!!

To give you a little context in music: i love rock, punk , K-pop, Anime and Games OST, Nightcore, EDM, but i like all styles.

Orbit S: I have VR (Oculus Rift S) so maybe is worth for me but if u think the other are bettter…

Orbit S: I have VR (Oculus Rift S) so maybe is worth for me but if u think the other are bettter…

It’s fun for what it is, just a little clunky at first. I can’t particularly answer this for you, I will say it adds some immersion though as the overall head-tracking and sound placements is very interesting inside of VR. Something I would definitely like to see implemented into the VR itself down the way. If you go with this option, I would recommend looking for Audeze’s gel pads that made for the Mobius as they fit this headset and can help keep you a little cooler but also the pads are softer adding some comfort. The pads just pop off and snap back on rather easily.

Yep yep, Their amps are okay and you will see me recommend them from time to time… just bad headphones they have some work to do if they want to really compete in the market.

My buddy owned the A40 for a long time and I kept one for about… I want to say close to 6 months, it’s quite nice. I think it will depend on if you can get the tygr setup for cheaper in this case. Personally, I wasn’t the biggest fan because I could tell immediately how easily it can break in multiple ways but also that aviator headset design just wasn’t for me. Also, the mixamp is rather weak so not necessary… if you want an amp/dac that’s better yet cheaper in that regard I can definitely recommend a few. Amp/dacs to explain can help improve sound qualities but also give you access to more power demanding higher grade sounding headphones.

Depends between these two, your comparing closed back vs open back. If you do not need isolation and prefer to keep your head cool than go with the Tygr 100%. You mention a mic extra, normally an added mic(provided the costs are similar of course) will be better than that of a headset mic. Tygr300r is easily one of my top recommends at it’s pricepoint. I looked up the EU store from beyer and it shows 140€ so not bad at all… you could definitely just get a mic for that and save a bit of money. Modmics would work… or you can just get something like an AT2020 usb, Blue yeti(they sell used for like $60 here so should work out), quadcast, among some others

Hi hi!!! , I’m coming back here because I’m still using the Hyperx but they’re already really worn out and it’s time for a definitive change.

At first I was going to buy the MMX300 but I have read that they are like DT770 Pro with microphone. My question is if an 80ohm DT770 Pro with a ModMic would be better

On the other hand, I’m still thinking about the Orbit S…

I have the beyerdynamic mmx 300. They are most excellent. I did a review on youtube, I can send you a link if you’re interested.

Oh, yeah!! Please i would like to see that review ^^ 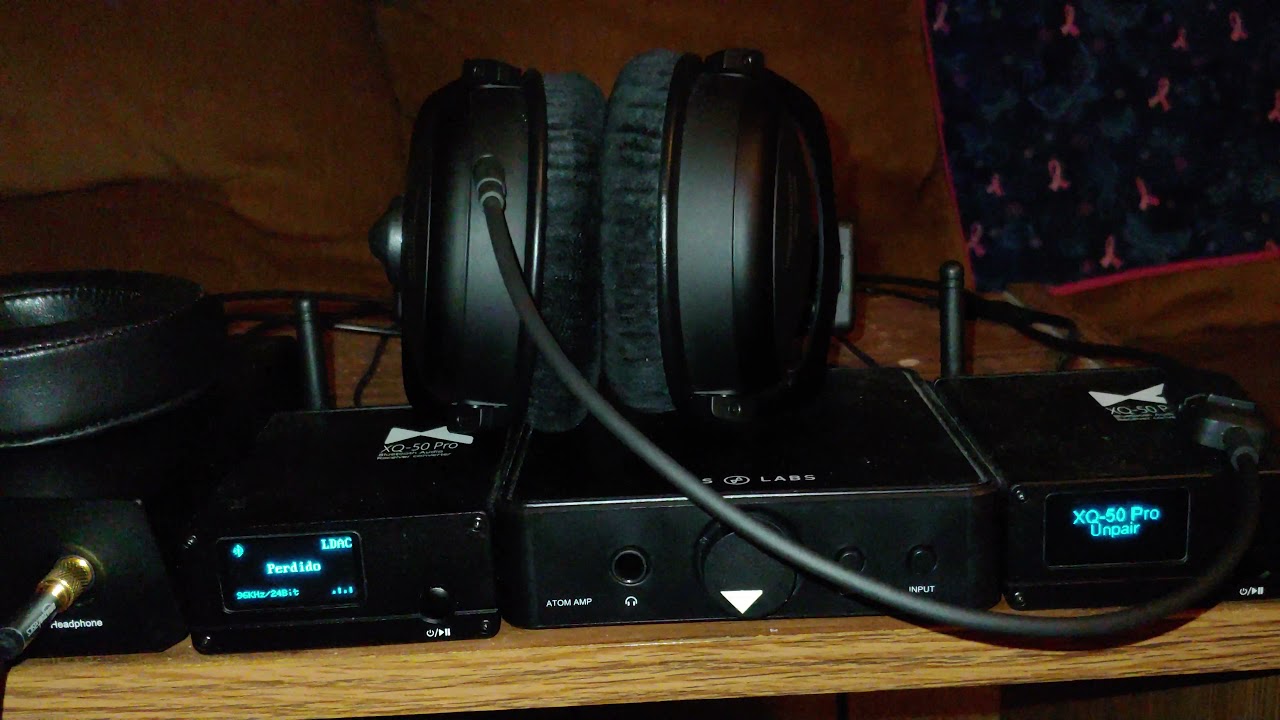 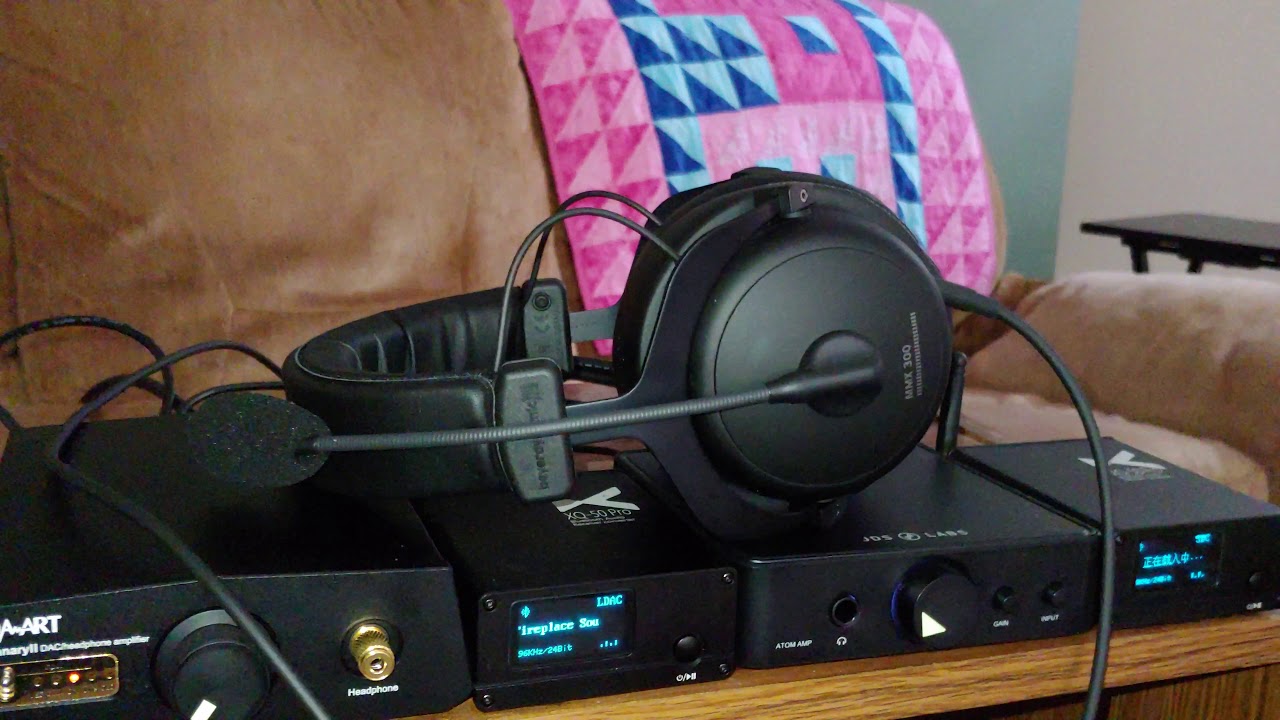