has anyone here done it? they would be taller, but so much thinner they could fit well in some space constrained situations like a lack of desk space.

I did on 2 setups but i think you lose bass and gain volume output.

You might have more issues and the good or bigger ones are “thin/thick” wize near the same realm as good 2-way.
Depends of space (width / space) for speaker and budget.

Some are ported, some are not. Depends of model.

On the cheap centers they make the port smaller, thinking is its for dialog and youre going to high pass with the AVR.

The mod is to stuff the port to get volume i believe it goes.

it’s interesting that some of you say there could be sound quality issues. I asked this here because of a thread on reddit where someone has done just this and that’s being said as well. however, some are refuting this as being an issue. take a look if you like:

r/BudgetAudiophile - Yes, I broke some rules, but... 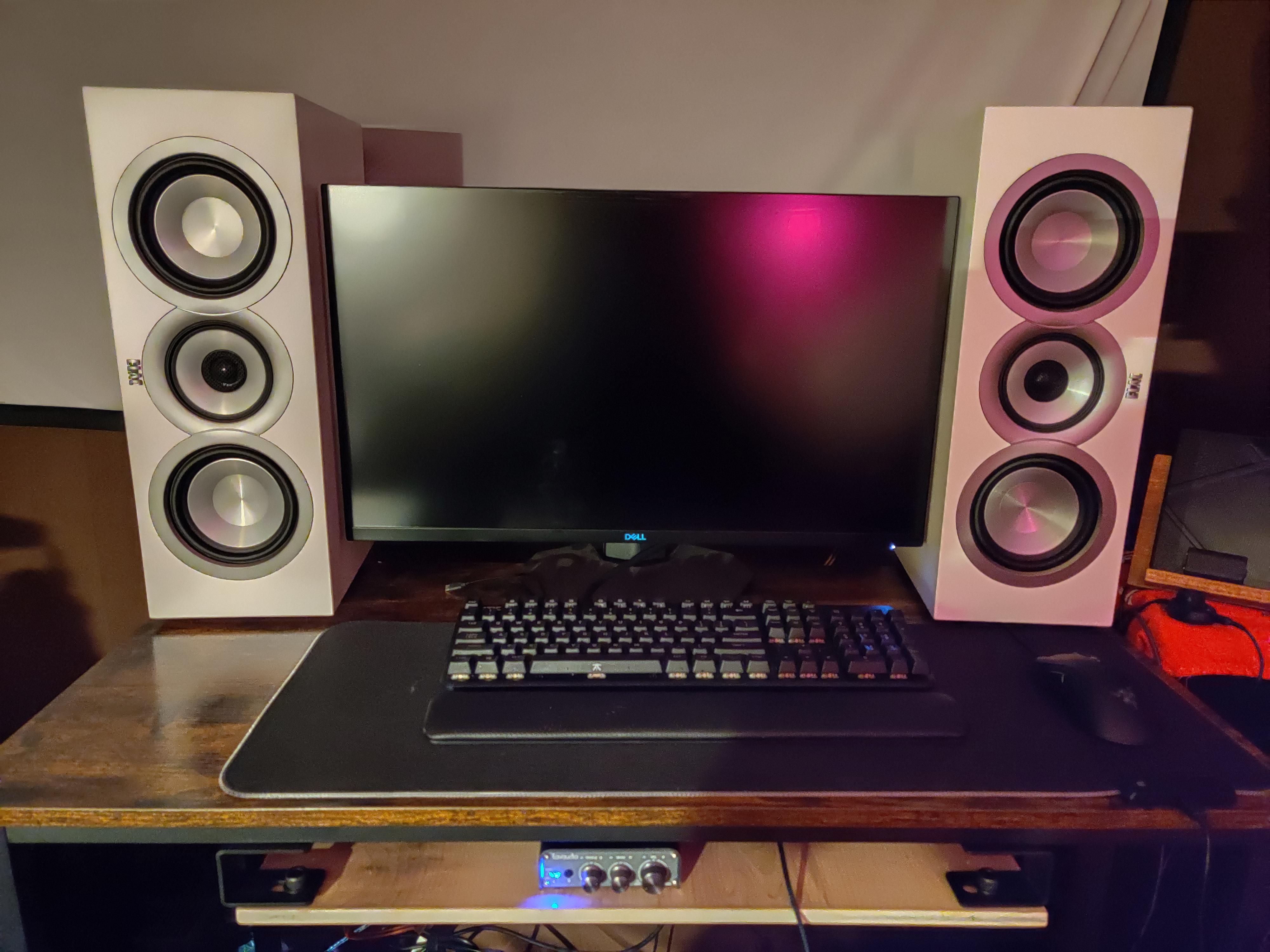 i feel like it would vary wildly from one speaker to the next. i feel like some center channels are more focused towards vocals for obvious reasons but if you can find some that are more neutral it should be just fine. also front ported centers might be pretty epic in a nearfield.

There are already issues in that picture / setup but if they dont know about them or hear them.
Probably would not give much value on the link’s discussion.
If they are moving up from Logitech PC level stuff i mean sure.

know of any tall, skinny and not overly deep bookshelf speakers?

Interesting concept, if you have the ability to build your own or use a dsp I think it would work. The issue is most have internal xovers that roll off mid/sub bass really sharply, might still work near field though. As said before it’s going to very wildly between speakers.

Or 2 wall mounted and a floor sub?

If you can find them jbl had a stage series that were great performers and could be wall mounted. I would suggest getting a sub to go with them though.

System Audio (SA) has nice speakers that are narrow in design.

RSL Speakers has some models that may fit the bill, including a line of MTM bookshelves: Http://www.rslspeakers.com