What are your favourite OSTs?

I recently discovered that I really like OSTs (thank you Zeos) and I wanted to know what are your favourite soundtracks of any film, anime or tv series so I can expand my horizons you know. At the moment I’m killing my soul by listening to the Koe No Katachi ost (The shape of voice), every single track is a masterpiece. What about y’all?

Basically anything that hiroyuki sawano has touched in the last decade.

Yoko Shimomura is another one that I would consider one of Japan’s top composers. She’s most well known for her work on kingdom hearts and final fantasy xv but has a long history in the video game industry.

And lastly to round out the trio would be Yoko Kano, probably the most prolific and well known of the three.

That should get you started on the Japan side of soundtracks.

Thank You, I will check these things out. The only Japanese composer I really listened to is Kensuke Ushio, his work on the Devilman Crybaby and on Koe no Katachi’s is just astonishing IMHO

If you have any interest in electronic music, Ben Prunty has done some great work. My personal favorite of his is from (the game) Faster Than Light.

not a movie or a Tv SEries but I love basically anything darren korb does check out the BAstion OST or the Transistor OST 2 different sounding but similar styles in music from one composer .

for movie soundtracks though kiki’s delivery service will always be my favorite . just a lot of nostalgia for me but also an excellent soundtrack

Ace Combat 0, 4, 5, and 7 have some amazing songs in their osts. AC7 recordings are cleaner given that its a newer game than the other three but all still worth a listen.

“Daredevil” might just be the best in the series so far


“444” is great with headphones that have good low end.

I got this game as part of some Humble Bundle and never played it, but it came with the OST and that’s quite good. Maybe one day I’ll actually play the game but until then I’m going to keep enjoying this music.

The soundtrack to New York: A Documentary Film is one of my all time favorites (excellent documentary too). The score suits the film perfectly, very moving music. This is one of my favorite pieces: 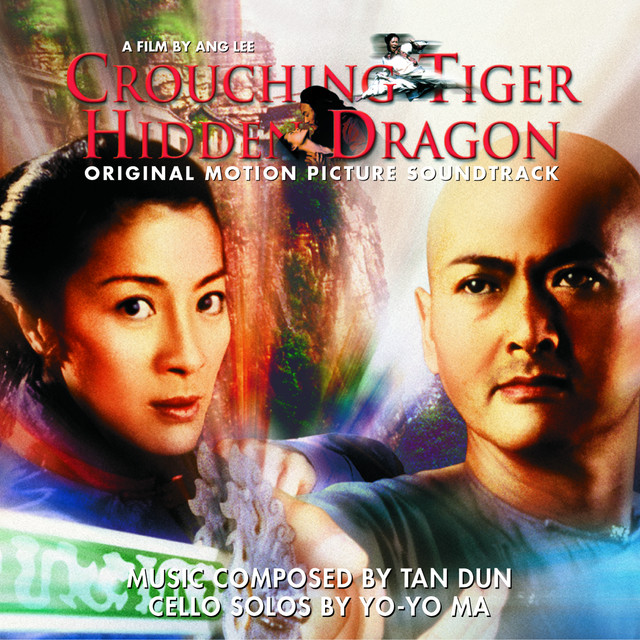 This is amazing, it blends genres so well.

This has a great focus on percussive instruments, I used to chill to this all day while making cities that never worked.

Never, ever watch the movie. Ever.

A baker and his wife journey into the woods in search of a cow, a red cape, a pair of golden slippers and some magic beans to lift a curse that has kept them childless. Tony Award winners Bernadette Peters, Joanna Gleason and the rest of the original...


Oh, shut up. Michael Giacchino is one of the best film scorers around, especially when he gets to just have fun and not make ‘womp-womp’ soundtracks.

I think that The Beach Soundtrack is very good, at least is the one I’ve probably listened more times in my life.

I only have one OST that I listen to in full, as mentioned here: "Well recorded" music thread

Also really enjoy The Revenant OST (film is incredible too!):

And much of the Ghost in the Shell series OST (Yoko Kanno is genius):

Historically I have not been a big OST listener, but I have started getting into some lately…

Batman v Superman
John Wick
The Crow (I know it is listed above, but I had to strongly second it)
The Dark Knight
The Lord of the Rings Trilogy
Tron: legacy