What do we know about the company Audio Pro?

from their site, they’re based out of Sweden and have been making speakers for 40 years. I hadn’t heard of them until a year or so ago, but after seeing they had old Bt standards, didn’t pursue looking up more on them.

they’ve since updated their warehouse and have way more than wireless / mobile speakers to offer, so I’m taking another look at the lineup and their specs:

Audio Pro has for more then 40 years provided the world with excellent speakers and sub woofers, both for your home and your business.

Looks interesting!! specially the tower speakers. I wonder if they can hold their own in a large living room.

Yeah that would be bothersome. I guess I’ll keep looking at traditional speakers.

they have some that are BT5.0, which is the minimum you’d want, so they have options to consider.

I saw that! Still looks interesting but iirc the KR is pretty favorable with USD. So some of those speakers are priced pretty fairly well.

not sure if it would be indicative of USD costs, but look up Ayreborn Audio in Vancouver… they’ve got a selection of their stuff.

They widely available here and are more for the “normal consumer” audio gear.
I considered Audio pro speakers for TV setup and for Computer use, something like 5 years ago.
The previous versions from the current A28 model.

Dont know about actual music listening but for a background sound or TV & radio use etc. They were and are pretty ok in the price range (easy use with BT etc).
One guy had the previous tower model from A36 in his “man cave” as party speakers and i was surprised how nice they sounded and thumped bass. Good for any party specially with the sub or just for background TV / radio use.
Sure Scandinavian design but pretty much made in China is the game here also.

They mainly available in large electronic stores for the average consumer.

If you are worrying about BT versions… and how the music will sound worse… they might not be for you. Plug & Play is more the game.

I have a surround setup with wired speakers from Audio Pro. I think it must be 10 years old by now, and i think that the speakers i have are no longer available…

The fronts are Audio Pro blue diamond v3 tower speakers, with an active 10" sub in each, two 5,25" mid and a 1" dome tweeter. The active subs make them perfect for movies, but they are reasonable for music also. Though for music, i prefer my Dali Oberon 3 with a Dali C-8 D sub with my Denon PMA 600e. The Denon amp is probably a better choice too for music compared to my old Onkyo tx-nr 626 surround reciever. For movie enjoument, I have set the level of the sub bass up a bit for that proper rumble in my basement man cave though 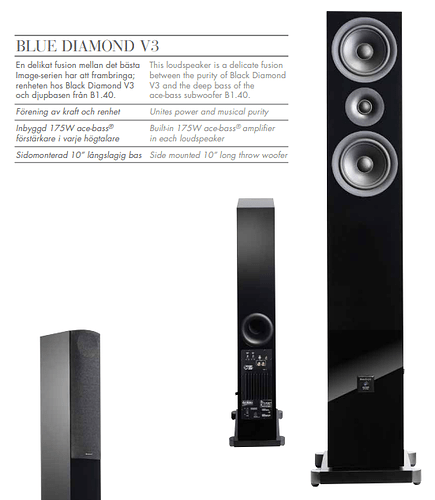 The center is an Audio Pro Vector v3, and i think that has dual 5,25" for bass/mids and a 1" dome tweeter. The center is quite good, and speech comes through very clean.

The rear in my 5.2 setup is a pair of Audio Pro black pearl v3 bookshelf speakers. They have a 5.25" bass/mid driver and a 1" dome tweeter. These lack a bit of punch when i have tried them for music on my desk setup. Think its a combination of them lacking a bit of bass, and that they really are not near field oriented. Works great as rear surround though, but i guess most speakers would 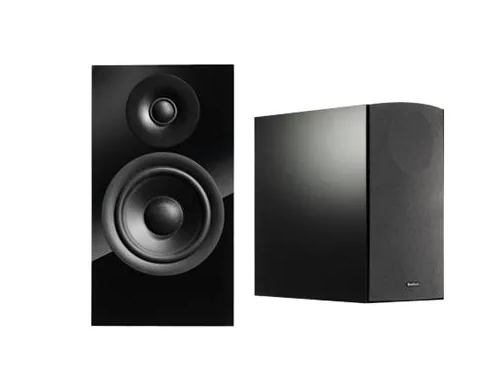 Bought the speakers as a set, for approximately $1300 about 10 years ago. They where at a "bundle" price for the whole surround package and if my memory serves me right i think the front towers would set me back $1150 if i bought them separately. And for the money, they have been fantastic. A similar setup with Klipsch or Dali with 2x10" active subs would probably have landed me on a price double of what i payed. They have a clean sound, but not fatiguing. They are matched in sound - so very coherent if a sound "travels" from front to rear. Most would probably say they look pretty nice, although i would have preferred something less shiny than the piano black (they collect dust like crazy).

My only concern is music in stereo, but i do have a strong suspicion that my onkyo receiver is not the greatest way of powering these when i listen to music. In stereo they sound pretty good and clean, but the imaging feels not quite right. Feels so much more natural with my Denon/Dali combination that i have on my desk where i usually listen to music. Also, placement/tow-in could probably make a difference. In movies though, i have no such concerns as they are very enjoyable to my ears at least.