What do you have to buy to get better than the Massdrop cans?

the ‘best buy’ thread made me think about what you would have to buy to get better sound than the Massdrop can’s. it’s likely a lot more than several of them cost…so share your thoughts / opinions.

the real winners, from what I’ve read and experienced, are these four:

I mean what’s better is pretty much preference. I also think the edition xx is pretty sweet, and the massdrop zeus is too

yes yes, everything is subjective…but the above 4 have been defined as good, really good, especially for their price.

so what else has been defined as really good that beats these? you can be brand agnostic…it doesn’t have to be HFM beating HFM or Senn beating Senn or Focal beating Focal.

I guess this is just another exercise to surf out the other outliers.

I think if I were to do a fair brand comparison, it’s going to be direct upgrades from the same brand (direct enough lol). I think you would have to move up to the clear for focal, the arya for hifiman (as I think the ananda vs edition xx is more preference than technical ability), the HD660s to beat out the 58x but I think the 6xx really doesn’t have a direct upgrade in sennheiser, and for the 4xx, I think you would have to jump to the sundara or he560v1

HD-600’s made more than 4 years ago used with a new Senn pad and decent cable are really good for classical. $300 or a bit more with the new pieces and used 600

Also the elex is pretty great but I also prefer the clear, they aren’t super different though

It’s only fair to compare used to used… I got my Elex for around $450.

Just curious, what do you prefer about the Clears over the Elex? Wondering if I should upgrade…

I mean it’s got a more neutral signature and also is a bit more detailed and technically proficient. I think some people may prefer the elex though because of it’s more fun signature

If you buy new, it seems like the Clears go on sale twice a year (or more) for less than $1k

The Clear Pros are much cheaper than usual right now. Cheaper than the standard Clears New. 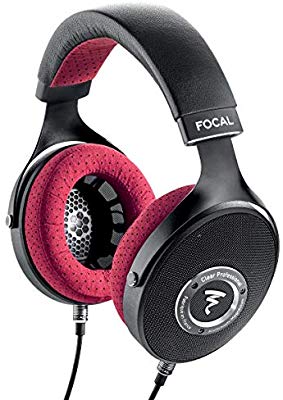 I wanted the Pros when I got mine because I liked the color scheme more, but the standard version has grown on me. It really stands out from my other (mostly black) headphones.

Mon I just saw Zeos review on the Clears and it really doesnt look good. He even said they where the french beats. He said they dont have as much detail as the Elex. Are you sure these are better than the Elex?

Yeah, z’s review of the clears is not that accurate imo. Not every review he makes is going to properly represent a headphone (that goes for all reviews lol)

well are the clears bassy?

Not really, about a similar level to the elex imo

OK Mon, Attempting to redirect this thread, how about you get to pick one headphone in each price range

What would you pick

Ahhh not one of these lol. What would the use cases be and what amps would I have

Purely enjoyment.
Amps can cost 1/2 what the headphones do.