What every good headphone reviewer needs: 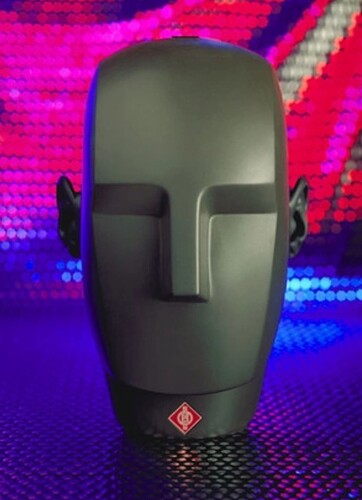 your ears are better

Lossless sound demos of course. The head also does a great job on in room speaker demos from the actual listening position.

I know Ron at NRD has one, but I don’t think he uses it on headphone reviews, just speakers, as mentioned above.

Oh that thing cost almost $9k. I was joking really on the title. Yeah that thing is used to record DSD, or SACD, or 24bit/192khz PCM/WAV/FLAC of chamber ensebles or jazz trios or whatever.

i get it. but response graphs dont need to be that precise as they tell a very small part of the story.

I just listen to sound demos. I don’t know about graphs. I can tell when something being demoed sounds ok, or really good or not so good.

The most surprised I’ve been recently was by Edifier MR4 that are only $130 that Z demoed. I listen to them on my Tannoys or headphones & they sound great. $130.

Re the title…I suggest a provided audigram. Would tell us a lot!

That is a binaural microphone, for recording an orchestra/band/etc. as if a human was sitting there.

That mic is NOT a “head simulator” for headphone demos.

One is used for speaker/gear demos by one reviewer that I know of. Ron at New Record Day. A real one, like the one pictured.

Z Reviews uses a home made version to do his headphone demos.