Hey guys! So 2023 is a day away, and I’m curious to what everyone’s best value or budget set was this year

So much stuff came out that it made it impossible to pick… for me though it would be the Truthear Hexa, and Moondrop Quarks DSP a close second

The Hexa’s tech for $80 is pretty wild, and reminds me of the Olina but with better separation. Tuning wise I think I vibe with the Quarks more since it was pretty much just the Hexa with more bass and less sharp, but more on that here: 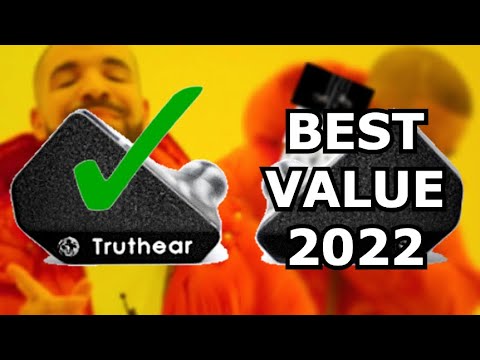 I’m curious to what you guys pick

For me, someone who likes a relaxed, warm but detailed sound, the Hook-X is my pick for value IEM.

Same. The Hook has given me a lot. I don’t see any weaknesses and the A-B comparisons against others have won them all.

If you want to adjust the price even further I would say the Oh10. I’ve seen it sometimes for less than 140€ and I find it more dynamic, technical and beautiful than the Olina.

I you can still consider it budget (135€) then definitely OG WU !

Got a chance to demo Olina SE and was also super impressed!

). It kicks a lot more expensive IEMs, in my opinion! I haven’t tried other pure planar drivers, but I think the excessive heat of some won’t be for me. The balance in the S12 is done extremely professionally, the scene is crazy (maybe due to coincidence my HRTF, which happens rarely with IEM , I have a problem in the 3-5K region). Enjoy all your IEMs.

Lucky~ The S12 and Timeless really didn’t like my HRTF hahaha. Hopefully a Planar that does comes out next year

@John7592jdys @Roberto_Enther High praises. What sets did you compare the Hook too? Planars don’t vibe with my HRTF too well, but if there’s a promising set I’d like to try it!

@Rinderkappajoe What were some differences/similarities between them? I’m curious since I want to try the HeyDay version of the Wu

Kiwi Ears is a company which released Orchestra and now this Cadenza. Orchestra had 5 drivers but this is DD and performance is magnificent.

For quite a long time I was able to compare the Timeless with the Tea mk1, the Olina, the Kato, S12, Spring 2, T3, Zsx…
I also tried the Dunu Sa6 for a short time…

Apart from the latter, which I can’t give a very accurate evaluation, the most complete is the Timeless (for me).
It needs amplification to give you its maximum, different cable and blue tips but I think its timbre, resolution and stage construction is more than good. If you also add that it doesn’t lack bass, it’s a good choice.
The point is that the Raptgo Hook came into play. Comparing it with the Timeless, the main differences are that the Hook has more texture in the bass, more presence of the sub-bass, more open and present mids and smoother highs. Honestly, I didn’t notice any difference in resolution. Yes in dynamics. I think the Hook is better there.
Soon I will be able to compare it with the Canon and the Top.

Edit.
I forgot the OH10. It’s complicated to compare it because it has a different sound signature. It sounds crystal clear, it has bass but less fat than the Hook, it has more mid highs.
It forms a very good duo with the Hook.
The Hook is more all-rounder. The Ikko Oh10 is better in vocal genres, jazz, acoustic.
I would have to do a serious A-B to see which one I consider better.

OH10 sounds like something up my alley! Honestly can’t wait for next year - personally hope planars will reach/or close to their potential, and some cheaper tri-birds would be cool too

Do you prefer the Teas or OH10 for vocals? The Teas really hits my HRTF vocal wise - especially at high volumes.

but thanks for reminding me just got mine too! 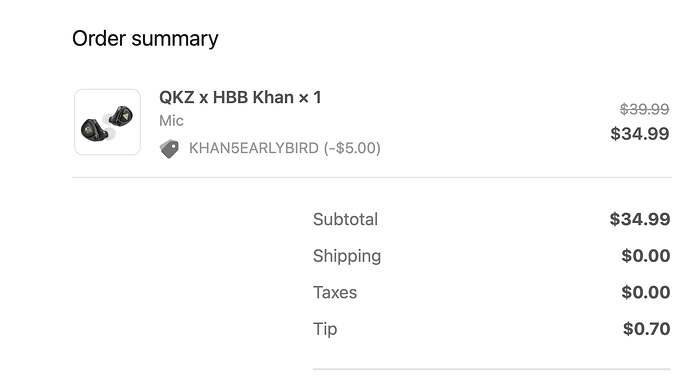 As for cheaper tribrids, Sonion has said that it would be very hard for them to profitably produce their EST drivers any cheaper than they already do, but I have heard that Knowles is apparently taking a whack at developing their own version to undercut Sonion’s prices. That would be cool. Not to mention that with how far tribrid prices came down even from 2020/21 to 2022, we can certainly hope they keep falling or that more manufacturers try and perfect configurations like the Kinera Hodur (1DD+1BA+1EST).

Speaking of different configurations, I just got a pair of TRI i3s last week and I would love to see some companies try to take planar based tribrids (or DD+planar hybrids for that matter) further. The i3s are already very good and it’s amazing to me that they retailed for like $169. It would be crazy to see what could be accomplished with continued development.

That would be dope, I’d also like to see a multiple DD set of more than 3DDs, and see what it can do tech wise since I really dig DD timbre - so 2DD for bass, 1 for mids, 1 more uppermids, 1 for treble. Dunno how hard it is to make something like that in-terms of fitting everything together AND maintaining coherency and dynamics, but a man can always dream!

How does the TRI i3 stack up versus your other sets? (tech, coherency, timbre etc) and is this the OG?

Yes, they’re the OG i3 and the most surprising part about them is their incredible coherency. They blend the drivers very well and the timbre is quite good. I was literally shocked upon hearing them at how well done they are and if you read reviews and threads about them, I’m not the only one.

For technical perfirmance, they aren’t technical monsters, but they actually have good detail retrieval and layering and the soundstage is actually HUGE for an IEM. Let me put it this way, if you TRI released them today at $169 they would hold their own on the market with no problems, IMO.

I really want to get my hands on the i3 Pros now to see how well they pulled off the revision. The OG i3s do have a chunky shell that may not suit some people, though it fits me very comfortably while something like the Monarch Mk2 is too big for me to wear comfortably (for context). I hear the Pros are smaller so I’d really like to hear how much of the magic they retained.

Does it get fatiguing at higher volumes? I like to jam out 80db+ (for an hour or so) so a lot of IEMs are a no go for me in the treble. The Pros look a lot up my valley though, very close to the WU and Hook and other Planars.

It does have a lot of bass, but it’s good quality and it doesn’t sound nearly as heavy or as warm as the graphs I have seen indicate. Something about how the drivers work with one another makes it so the graphs don’t really show what you’re getting with the OG i3. That’s my theory anyways. I’m not a basshead by any means and I HATE overly warm signatures, yet I find the i3s to be very pleasant FWIW.

When my friend from Headfi started telling me I needed to try them out, I saw the graphs and thought there was no way I would like them, but because he has been dead on in other recs he gave me and assured me that the i3s don’t present that way, I decided to try them anyways. Turns out this is just another situation where the graphs don’t tell the whole story. If you look atound and check out reviews, you’ll see that they’re pretty well liked and not some wacky overly warm, swampy IEM lol!

Edit: I haven’t found them fatiguing at all, but I’ll do a test for you at say 85db and let you know how it goes. I’ll get out my meter and everything!

I’ll take your word for it! Graph scared me for it a bit hahaha… let’s just say I still have a bit of PTSD from the early days of chifi lol. I’ll put these on my list for ext year

And thanks so much for testing. Happy New Years!

Cadenza might’ve been in the running but got dq’d because my right side was DOA supposed to get my replacement Monday.
so torn between the Truthear Zero and the QKZ x HBB set.

I’m not sure if I’ll have time tonight so I might have to get to it tomorrow, but I’ll let you know how it shakes out as soon as I do. In about 10 minutes I’ve got to run home and get ready for a New Years get together we’re hosting. While doing that I’m hoping to slip in a quick listen to the ThieAudio Prestige that showed up this afternoon!

Which reminds me, Happy New Year everybody!

No rush! The night is young