Who here is using the Khadas Tone Board?

if you did, did you pair it with the VIM board as well or set it up for stand alone. what did you use for a chassis, if you boxed it up nicely? also, did you do anything regarding cooling?

Use it for the stereo system in the living room… sounds great, you literally have nothing to lose by getting one.

I’d want a properly finished and tightly fitting chassis for it, which does’t seem to exist, everything is DIY. <_<

I found this one in the EU…but haven’t seen any hits on Google for 3D printed options.

Yeah, DIY case, though it would work “as is” otherwise. The bubble bag case, is probably easiest, tightest fit solution, j/k. You can also get metal cases on Amazon meant for Pis or Arduinos that this would fit in, but you’d still have to drill and find a way to mount.

yeh…not interested in anything DIY. I’m all thumbs and a clutz.

This also, but ships from France. Just for reference if anyone else is interested in the KTB. 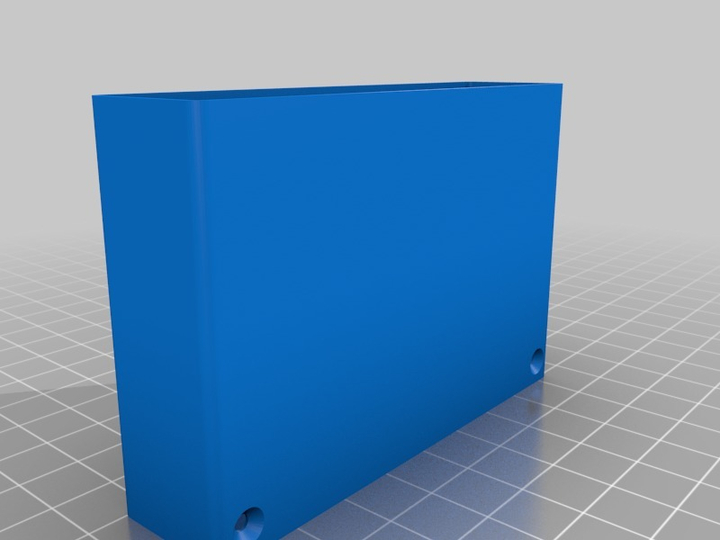 Basic standalone Khadas tone board case based of dimensions found [here](https://www.audiosciencereview.com/forum/index.php?threads/making-a-case-enclosure-for-the-khadas-tone-board.5054/). Not quite sure if things will fit as snugly as desired yet,...

This is where I had mine printed. You can even choose color and material.

I’ve posted it in other threads, but here is what it looks like in real life. There is also a choice for a box with a cutout for the led. 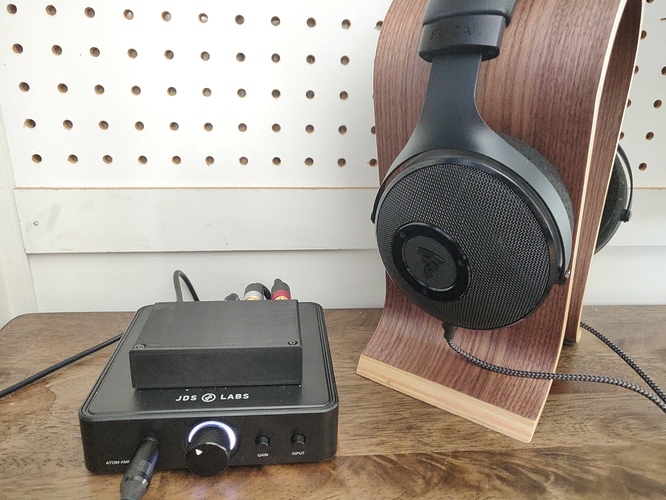 thanks AD! I appreciate that immensely

So here is my beta version of my KhAtom DAC. Khadas Tone board inside an Atom shell. I’ve seen someone mod an actual Atom so that the Khadas is in one unit, but I’m not going to do that just yet.

I had the back panel 3D printed (my n00b design) and it came out a little larger for the panel so I did half-iss job shaving it down. I made it white so it will be easier to see what I need to change for my next revision of the panel. 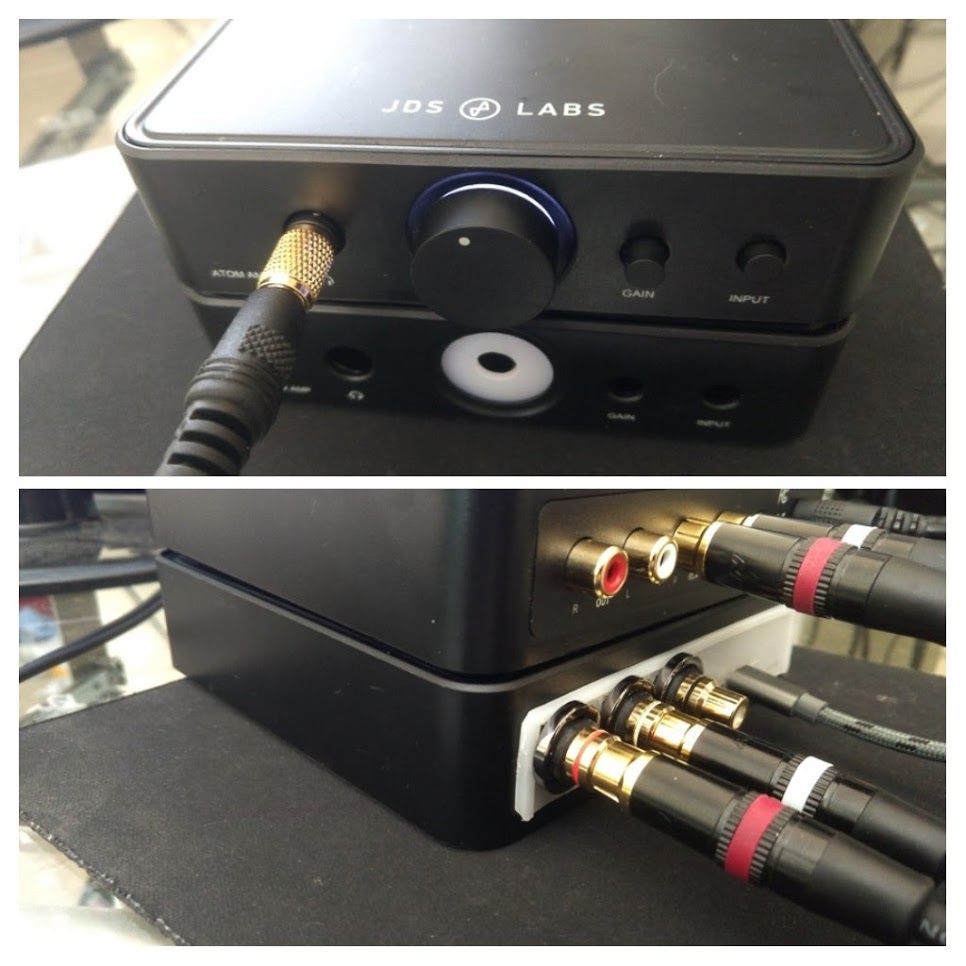 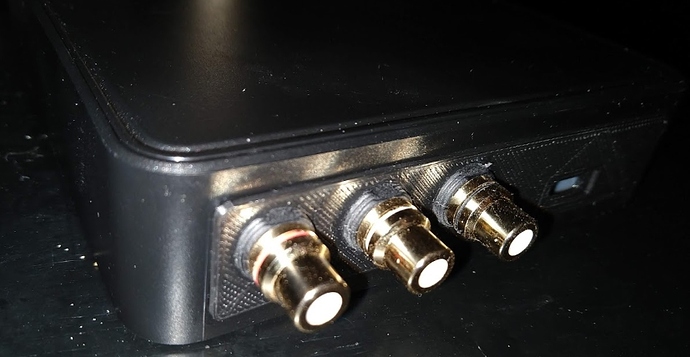 That is as DIY as it gets, and super awesome!

Honestly, JDS Labs could just put a Tone Board in an Atom case, call it “The Molecule” or “Charm Quark” or some such and I’d buy two.

I wasn’t happy with modding a real Atom shell to make a housing for the KTB (I’ll save it for another project). It was too bulky and I was having a hard time figuring out what to do with the blank openings.

So I went on to design my own Atom specific enclosure for the KTB. Here are the first renders, I’ll see how the first pass in printing goes.

I’ll share the files once its good to go.

Does the KTB secure inside the box using it’s posts on its feet, or does it float free in the box held in place by the RCA nuts on the backplate?

out of curiousity, when doing mod’s like this, is there any reason to consider adding heatsink’s to any of the chips and such that would get warm, if not hot, when in use?

I had some heatsinks left over from a raspberry pi kit. All the components were so small on the Khadas that I didn’t feel like putting it on. After a few hours of use, its still only a little bit warm even with it beneath the Atom. Both don’t get that hot, not concerned at all.

I prefer it to have the lower profile feet on. I think it would be cool for it to be tool-less, except for putting the screw and feet/adapter on the KTB. Next revision, I’ll see about putting 5 indentations for each mount point of the KTB (for the 4 included screws) at about .5mm depth for the feet.

It looks very nice. I’ll be first to have one printed up when you’re ready to share the plans. Thank you for doing this!! 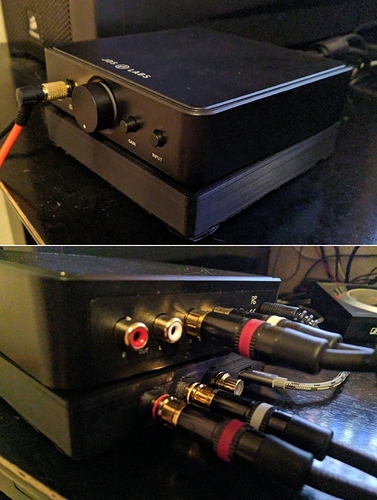 So I did it! There are things I would need to change for it to be perfect. Its a snug fit.

It wasn’t bad to print, I’ll probably do the minor tweaks to make legit and try it again.

That is some sexy, sexy shiit right there! Would you be willing to share the file after the tweaks? I’d be very interested in having this printed via a service like treatstock.