I´m late to the news, but AKM Japan chip factory effectively burnt down, which means that one mayor supplier of high-end DAC chips is taken out for at least a year.

So if you consider to buy a DAC with an AKM chip, don´t wait too long. Availability will plummet and prices are going up already.

AKM is supplying their DACs to RME, SPL, Topping, SMSL, DENON and Marantz, to only name a few.

By Clive Young. An 82-hour fire in AKM's semiconductor factory is already hurting audio manufacturers globally that use AKM DAC and ADC chips

since I believe that prices will go up overall.

Prices have already skyrocketed (for the chips, that is)

Lucky i just bought the RME and no need to upgrade on AV-side.

Yes, the shortage will affect all, but which companies (besides RME) build their products around AKM chips? I assume these companies will have to re-design existing products or create new models based on other chips.

I work at a hifi shop and I have heard the some companies, like Hegel are sitting on enough inventory to weather the nearly 12 months it should take to get things into full swing again for AKM. There are a load of professional and hifi audio companies affected though, so not all will be so lucky.

I’m sure some companies are tinkering with new ESS designs as we speak to fill gaps that will be upcoming in their own line ups.

Topping with ESS, then? Wonder what they’d do with the hump if they went with ESS.
Cirrus Logic is better imo.

which companies (besides RME) build their products around AKM chips?

Schiit (Modi & Modius), Geshelli (Enog2Pro, although I don’t know if the upcoming DAC still uses AKM), both Topping and SMSL have ESS and AKM based DACs, JDS Labs, Monoprice, just to name a few. It has felt like, although I don’t know if the feeling correlates with reality, that AKM was becoming the leader in DAC-chip market share for entry-level to mid-tier DS dacs. This fire could definitely shake up that landscape.

4497 and 4499 chips looks like are made at a different factory. So it will be interesting to see if more DACs will come out with versions that use those.

Also, what a difference a title makes as this was posted a while ago:

Gosh this's not good at all Off-Topic

nearly 12 months it should take

Thanks, Adrian. My first reaction was that 12 months seemed rather optimistic, but then I noticed the last line of the news article in Amonikable’s opening post:

“There’s a rumor that AKM will pivot their IC masks to independent fab houses,” La Grou noted hopefully, “so perhaps we’ll see some AKM devices before the main plant is again operational.”

I only have a vague knowledge of such things, but If they have or can re-create undamaged masks and can find alternate fabrication capacity elsewhere, I’d think that could make a big difference. Presumably, this would be far from an overnight process, however.

some companies are tinkering with new ESS designs as we speak

Yes, and Astell & Kern had already switched from using AKM to using the 9038PRO in some of their latest models.

Hamed, WaveTheory said Topping does both and a quick check shows the Topping D50 already uses the 9038. Does that help with your question?

Do please keep up lol…

Gosh this's not good at all Off-Topic

Also, what a difference a title makes as this was posted a while ago:

I´ve learned from the best. Yellow press in germany is toxic. If I went full retard like them, I would have put a “!” behind every sentence. 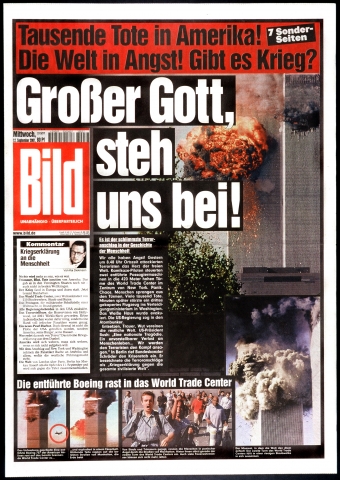 I really gotta brush up on my German… Though that looks like it was from back in '01 when the World Trade Center was attacked.

“Bild” is worse than trash grade “newspaper”.
Not worth the rotten fish you wrap in it…

I wouldn´t want to eat fish´n chips wrapped in it.

ah i missed myself some good old teal’c these past years. thank you for this.

I was just talking to a vendor about this. Is a big deal, is pushing back products launches and causing them to research other comparable options… Damn 2020