So as my idea of building custom speakers evolves…

My ideas are great and terrible DIY Speakers

So every time I get an idea, I realize it could be both wonderful and absolutely horrific at the same time. This lovely bit: tower speakers. Set of HiVi RT2H-A Planar Isodynamic Tweeter and Epique E150HE-44 in the top driving upper and mid-range while a pair of Epique E180HE-44 are in a separate flared slot ported chamber down in the bottom to really push some bass. Here’s the big issue I see… If you add up the wattage of the drivers, it’s 630W RMS… That’s a lot of power. To try helping get ar… 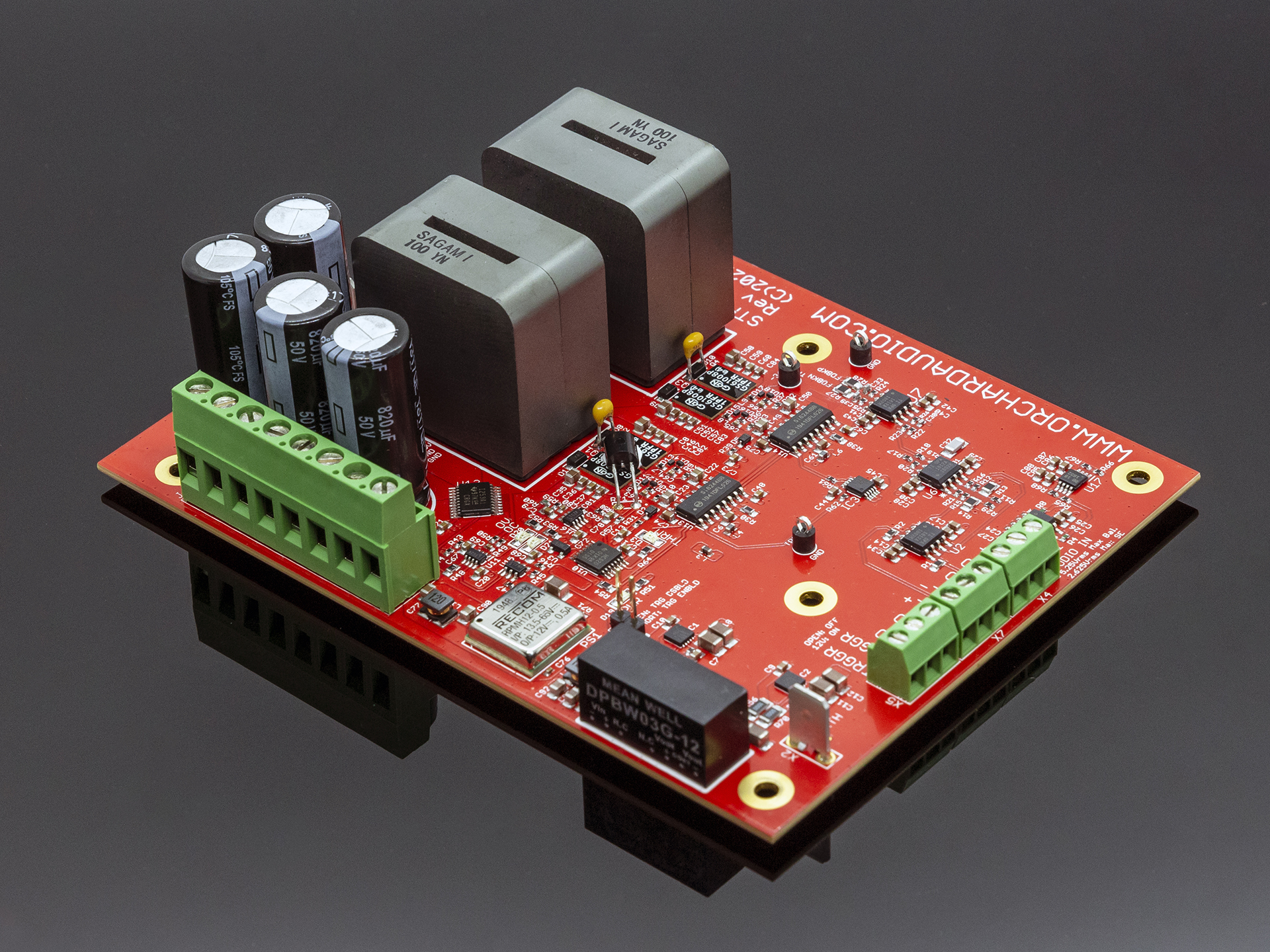 Utilizing the separate 9V power supplies and rail capacity upgrade boards.
The idea is having one control the low end (driven by the dual 7" Epique drivers on each side) and the other the mid and treble (the AMT or planar tweeter and smaller driver on the upper portion). I would have a DAC/Pre-amp handling taking in the digital input before passing it off to a miniDSP 2x4 HD handling the initial crossover before the handoff to the monoblock amplifiers, having a custom passive crossover handle the tweeter and woofer.
The idea of adding pots to the amps is more in the idea of gain control. However, I’m not sure at which stage this should be implemented. I’d imagine I should use a dual pot potentiometer between the input and the amplifier board. Is this assumption correct? Is there anything extra I should take into account? Kinda new to DIYing this kinda stuff. Electronics, soldering and such, I’m used to. I’ve dabbled in headphone modding and making cables, but not messing with amplifiers, so I’d appreciate honest guidance.

Edit: Secondary thing that could reduce some complexity: could going for a miniDSP Flex be a better option then separate DAC/miniDSP? Didn’t know the product existed and realized it could work as a one piece solution to that stage and would allow me to go balanced.