My ideas are great and terrible

So every time I get an idea, I realize it could be both wonderful and absolutely horrific at the same time.
This lovely bit: tower speakers. Set of HiVi RT2H-A Planar Isodynamic Tweeter and Epique E150HE-44 in the top driving upper and mid-range while a pair of Epique E180HE-44 are in a separate flared slot ported chamber down in the bottom to really push some bass.
Here’s the big issue I see… If you add up the wattage of the drivers, it’s 630W RMS… That’s a lot of power. To try helping get around this, I’d bi-amp and try to come up with some passive crossovers.
Lower chamber LPF set at most 200hz
Mid range set to cut off appx where the lower chamber begins and upper range ~3-3.5k
Tweeter set hpf 3-3.5k

Feel free to tell me, how terrible is this idea I’ve concocted in my head?

Edit: Dayton Audio PHT1-6 could possibly be swapped in for the HiVi…

3 way xover prevents that. you can individually amp each driver, don’t get me wrong, but isnt required. with those parts, your looking at 200 watts tops depending on enclosure. larger box’s will bottom out woofers faster with less power.

Okay, so if power isn’t a big factor to worry about, given that each (theoretical) speaker would have two separate chambers, each having two drivers, does the space required for each chamber scale with the recommended volume of the drivers contained?

yes. and the guys at parts express can tell you the volume if you submit a question. they have bass box pro. give you optimal volume for sealed or ported.

edit: so you are planning on using 2 of each driver in each tower? that would increase power consumption. sorry, when you said pair, i assumed you meant 1 for each tower and thats my bad.

edit: so you are planning on using 2 of each driver in each tower? that would increase power consumption. sorry, when you said pair, i assumed you meant 1 for each tower and thats my bad.

The idea on a per tower is:
1 tweeter
1 5.25" driver as mid-range
2 7" drivers as low end
Tweeter and 5.25" in a sealed chamber on the top
Both 7" drivers on the bottom in a spot ported chamber, though I guess rear mounted passive radiators could work, given Parts Express has said they’re releasing matching PR to go along with the existing Epique line.

yeah, whenever they come out lol. i think i read november on the PR’s. that would increase the power consumption a little. though if you plan on using the PR’s, might not need 2 7"

edit: a second bass driver will increase output on the low end. so will the radiators or a port.

Given that this is for towers, and they’d ideally be made for spaces with a peculiar situation. Might be subconsciously trying to find a way for a buddy who doesn’t have a good spot for a sub, can’t wall mount his TV, and doesn’t exactly have room under it for a center without it being on the shelf below it. Dude’s got himself set as me being his audio/tech guy. Be that as it may, I honestly wasn’t even thinking about his set up when the idea popped into my head.

Edit: if I could get my hands on 2"x10" boards of black walnut or mahogany to use on the baffles, I bet they’d turn out real pretty

that will have to have an l-pad and some protection. 94db sensitivity and 30 watts. vs 85db and 200 watts

I can’t say I know what that is. Would the Dayton PHT1-6 fair any better?

you can also build it into the xover network. 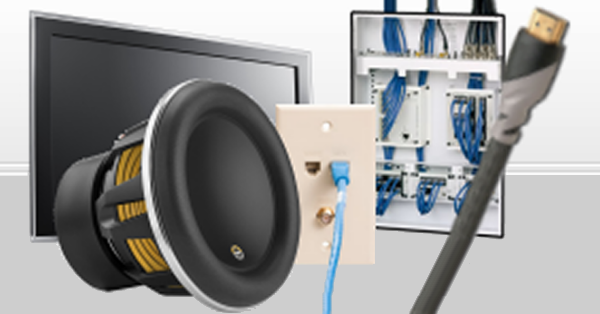 Design a LPad (Driver Attenuation Circuit) to lower the response of one of your drivers.

I guess I get to start studying electronic components more. Ah well. I guess shit happens.

not really. that site has 2 way/3 way calculators. you can also just buy pre made 3 way xovers and just add in the lpad.

edit: you want all drivers ideally within 3db.

you could do that. bi amping will certainly make the driver choices easier to work with. however, with a 3 way network, you can get bandpass gain(the midrange driver), making the tweeter have to be attenuated less. dsp wont be needed. the dual woofers will have less output than the top half of the network, but you can adjust that on the amp powering the woofers.

Let me make sure I’m comprehending correctly.
Signal is split between two separate amplifiers. Each amplifier then powers either the upper section or lower section of the tower. The power supplied to the tower is fed through a 3-way passive crossover and a lpad. This divides the frequency being provided to each driver.
Or are you thinking more the monoblock route, where each amplifier handles a separate channel, which is then passed through the crossover?

nah you got it right. 1 set of binding posts for the woofers and 1 for the rest. attach the lowpass filter that the woofers will use to the woofer binding post, attach the rest of the network to other post(highpass for both and a xover point between the 2).

that woofer would also work better for the mids. with the 2db gain from a 3 way 2nd order xover, you wouldnt have to attenuate the tweeter at all.

I would be more worried about matching drivers (specs, build/cone material etc) and that they are “equal” quality and spl. Kinda helps also if crossover board has - db or + db switches etc. How good or nice they would be. As a bad example for drivers. Paper driver vs kevlar driver. Totally different in every way except driver size probably. Sound is different also.

Overall budget for the hole system is something i would think about.
If you have 2 x amps per speaker (1 x bass / 1 x tw + md) thats 4 x amps.
Instead if going with 2 x amps, maybe in better quality and power. Could be cheaper and with better results. Same with crossovers if building 2 or 4 but components are cheap anyways but still Overall cost is good to keep in mind when calculating and planing.

Might I ask for a more constructed version of this response, and perhaps suggestions or pointers I could comprehend easier?

I saw those recently and thought about trying my hand at a wild project. Was thinking about trying to semi knock off the Aries Cerat Aurora: 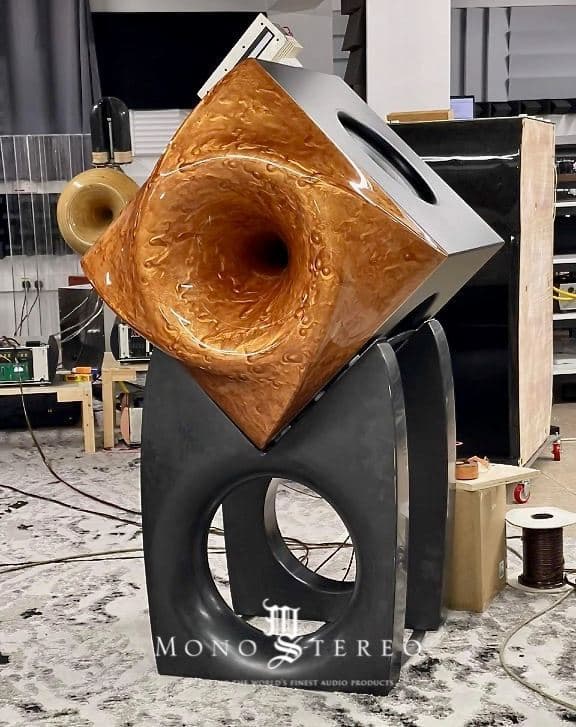 image576×727 68.1 KB
with four of those drivers per side as the low-mid driver with the open back like the Aurora but was thinking a Kef Q950 8 inch coaxial mid-treble driver (replacements are around $260 each for the drivers). In my head it winds up being an “LS80” with bass down to 20-25hz and a fixed crossover point to take some stress off of the coaxial driver all while retaining that nice pinpoint imaging that coaxial drivers like the Kef’s do so well.

Bi-amp and some kinda active crossover like a MiniDSP and I think it could be done under $2k and be a bonkers set of near/mid-field speakers. Needless to say, I totally approve of the madness going on in your brain lol.