This is the official thread for the AKG K371. This thread is for discussion and reviews. 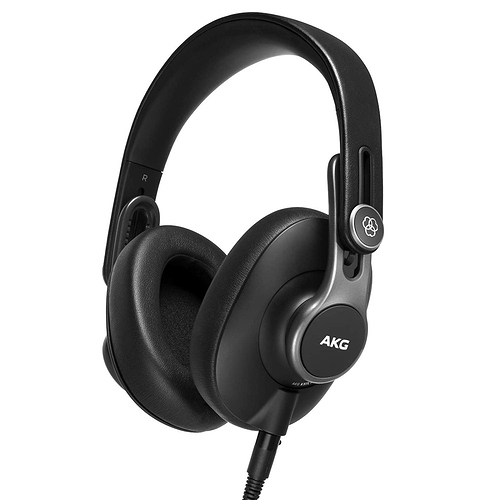 Welp, I really like my pair, and it’s an easy choice for anyone looking for a solid closed back in this price range

Thanks… Now I feel like if Smeagol didn’t want the ring, and really started going at it with Gollum…

Do some songs sound great and others sound crappy like with Zeos? I just saw his review and i thought he was gonna have a conniption fit

I mean I think they are solid all around, and really are a fairly all genre headphone (for the price range). I think the tuning he isn’t used to or doesn’t prefer, which is a harman tuning. Once you actually get used to the signature I think it does a great job

It was only a few years ago now that Zeos custom painted his HD 600s, declaring them to be his permanent sweetheart headphone. The only real differences in frequency response between the two should be that that the 371 has the sub-bass elevation that drops to flat by 200 Hz, plus the 371 has the more relaxed upper mids of the HD 650 rather than the 600. Are you hearing anything else different in the FR between the two?

600s for sure, 650s as a bonus but recognize they’re not on your inventory at the moment.

I’m not too good at overall comparisons but here is one anyway. So I think the 600 is going to be the brighter headphone imo. I think the mid-range detail and timbre is still great on the 600, and while the 371 has good detail and good timbre, I don’t think it’s on the level of the 600 with a good amp, but at times the 371 sounds like it had more body to the mids. I think the bass is much more satisfactory on the 371, but I think the 600 is a bit more detailed in that region until it starts to roll off. I think the imaging is actually on par with the 600 at times, but the soundstage on the 600 is the clear winner imo. Overall I think technicality wise the 600 is the better headphone, but that doesn’t mean it would always make sense for some people and the 371 might be more appealing to them

aggreed I had that feeling inititially with the blon o3 it sometimes felt boring but sometimes great and I narrowed it down for me to how smooth the highs are that I was not quite used to.

I’m thinking of buying these for HipHop (Eminem, Joyner Lucas, etc.) and Gaming (Call Of Duty, CS:GO)
If what Zeos says is true, should I buy these or go for something more V-shaped like the MMX300 or WS1100IS?

Well if you don’t need a mic and don’t want to spend more, I think this is a great option

I would personally go for something like a770, customs studio, or COPP’s for the subbass and great treble for those 808’s

I dont know what youre talking about

It doesn’t happen to everybody, but it does seem common to me

You adjust to what you hear.
Things that don’t sound like what your used to hearing, will tend to sound unnatural.
It’s less true if you listen analytically, rather than just listening to enjoy.
Probably takes people a couple of days to break their ears in to a new sound.

That’s exactly what happens. The elex has a somewhat boring/not that great initial impression for most people, and after actually getting used to a signature then it gets kinda just clicks