I recently picked up this dac, and man is it cool for the price (friend pushed me to try it out lol). So much to tweak on it, and it honestly sounds pretty dang great (I got the xmos version one since I use windows). Something really cool is that you can enable or disable oversampling, personally I think the bypass sounds better imo, but not bypassing also sounds pretty great (but it’s sigma delta so idk how that works), generally sounds more natural. And also there are the common filters there too for when you use oversampling mode (personally right now using minimum phase slow roll off atm, generally prefer slow roll off for the most part if I want to smooth something, still playing around with these, so much to try on this dac).

You can use sync or async usb (personally I used async), you can adjust the harmonics control which is really cool (2nd and 3rd) which can really help make the ess treble less harsh and more enjoyable to listen to imo, honestly really sick. From my experience so far messing with the 2nd order was more organic sounding as they increased, whereas going on the 3rd made it sound a bit more analytical almost. I also decided to order the shanti lps and it did sound a decent bit better imo, improvement in control and impact, generally in increase in performance overall, tightens things up well (this does decrease the value prop tho). Otherwise just grab a decent but cheaper 5v psu, allo sells like a 15 buck one that is nice, but the nicer the psu the nicer the sq (for testing without the higher end psu I just used a random decent quality 5v laying around)

This is surprisingly well done for an ess at this price point, not many other dacs I have heard have gave you this much flexibility and tune-ability while actually holding it’s own in sound quality. Generally an impressive dac for what they charge, easily something that is pretty great overall for what it can offer in sound and features. Had it for a few days, and still figuring out what it can do, it’s hard to really say what signature it is since you can adjust it so much lol. You might be able to swap op amps in there too (edit: you can’t), but honestly I don’t think I will open it up as I really like it as is tbh. While I don’t think it competes with the higher end stuff, it really is surprising for the price imo, almost reminds me of my resonessence labs dac in some ways (almost lol), I would typically say that there is a performance gap between 200-700 for most dacs I have heard (off new prices), but this sits in between that gap and offers performance deserving of it’s price imo

Am I correct in that this is only $259? If so, how does it compare to other DACs in a similar price range?

If it is as good as your post leads me to believe, I’m curious how it competes with other DS DACs in that price range that I have liked or that have positive feedback such as the e30, Enog2 Pro, Modius, SU-8, D50s, etc?

Nice write up too btw, it was easy to follow and an enjoyable read.

Am I correct in that this is only $259? If so, how does it compare to other DACs in a similar price range?

For me since I got the shanti it’s more around 450 but base model without the psu and remote it is 260 (but you also need a cheaper psu then). I think it pretty much is my preference over stuff in a similar range, this easily is my preference over stuff like the aune x8, topping d50s, and honestly also over stuff like the modius or enog 2 pro if you don’t need balanced. This is if I used it stock as well, adding the higher end power supply just makes me like it more lol

Nice write up too btw, it was easy to follow and an enjoyable read.

It’s moreso some short impressions rather than a write up lol, like to keep things simple and straight to the point, but of course I can explain stuff further if needed

The DAC world is getting better all the time.

Indeed, it’s a great time to get into audio lol

Something really cool is that you can enable or disable oversampling, personally I think the bypass sounds better imo, but not bypassing also sounds pretty great (but it’s sigma delta so idk how that works),

Yeah that’s… weird. Doesn’t sigma delta “need” oversampling? (I mean, isn’t it… hardware coded?) I thought the only way to hear non-oversampling DACs for cheap was these… things. 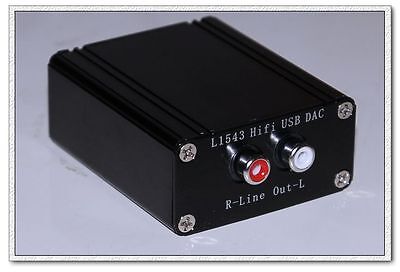 Find many great new & used options and get the best deals for L1543 DAC four parallel TDA1543 fever USB decoder at the best online prices at eBay! Free shipping for many products!

Are they possibly using a Non Oversampling Filter of some kind?

Yeah that’s… weird. Doesn’t sigma delta “need” oversampling? (I mean, isn’t it… hardware coded?) I thought the only way to hear non-oversampling DACs for cheap was these… things.

That’s what I would think, but I do prefer the filter bypass, so it’s doing something there

I think they might just bypass the filter options altogether?

One area of concern was what it’s been referred to as “bright sounds” on Ess DACs. We believe that main reason comes from datasheet implementation and lack of filtering before second opamp (summing). Most designs we see lack this fundamental passive filtering (again they just copy of datasheet) and the HF noise (one parameter, there are others), while it should not be audible, somehow creates this fatiguing sound. We are pleased to say that Rev does not have the bright sound associated with ESS.

I think if you adjust the harmonics and are in oversampling it can be brighter and sharper, but how I have mine set up it actually sounds pretty natural slightly warmer leaning imo, I would not consider it bright, but you can make it bright if you want with filters and harmonics adjustment

Man, for the price there are a ton of things to do with this DAC. One thing you don’t get with DACs under… what, 500$? Is “versatility”. It’s (mostly) like, “you’re buying our implementation, filters are there for THD purposes only” and if you find it too bright, warm, not musical enough, well, sell it.

You can really just tweak things how you want on this dac, it’s really impressive. And imo this is the right price bracket to do it as well, if you went lower end I would guess the sound would be sacrificed or the features wouldn’t be good, and on the higher end imo I would expect that you might trade some sound quality for the versatility (compared to competing options)

The limited connectivity is a minus on this, USB in only really limits my needs, only on output does as well. I’d throw an extra $150 at it for those features, but damn given the price and that you can throw in a quality LPS it’s where someone can come into the hobby and stop right there.

Out of curiosity is the LPS a matching chassis?

The lps is not matching unfortunately

What can be matching though is the usb network bridge you can get, I didn’t pick up one of these but I did try one semi recently and it was impressive for the price imo 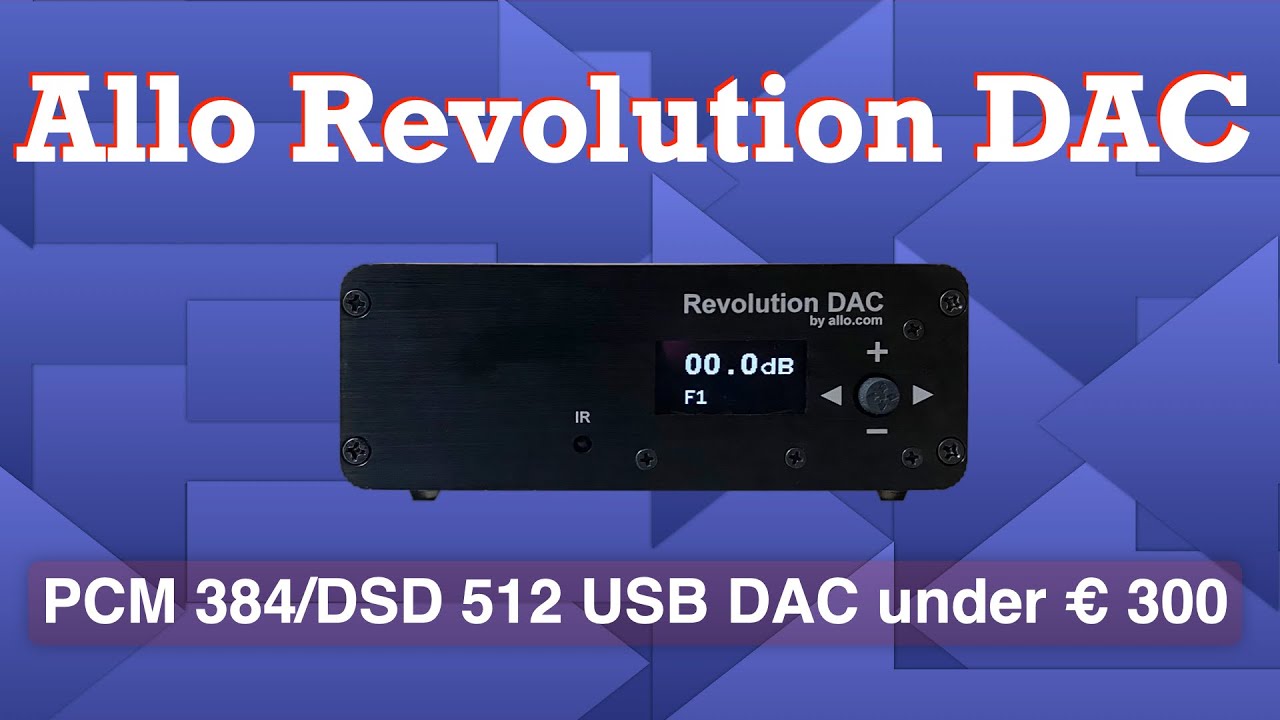 Pretty sure you might be able to swap op amps

Looks like this isn’t the case looking at the video lol, honestly that’s not a bad thing tbh, since you don’t really need to anyways

So messing around in oversampling mode with some of the filters, you can get this thing really sharp and bright lol. By setting to brickwall and adjusting 3rd order to 8 and 2nd order to 0, it can be pretty dang aggressive and bright lol, not the most pleasant. So far I’m coming back to minimum phase either slow or fast, still deciding which one I like more. I can’t say I prefer the linear phase filters that much. The apodizing filter is not for me, almost sounds compressed and a bit lifeless. I am liking the corrected minimum phase fast roll off, but I need more time to decide how I feel about it.

Previously I had found a balance between 2nd and 3rd that more heavily favored the 2nd and with no oversampling it was pretty smooth sounding, pretty enjoyable, and for more warmer and thicker amps I could increase the 3rd order harmonics to offset the warmth of the amp, or switch back to oversampling mode

Very interesting, this seems like a thinker dream for playing with audio. A question: how does this compare to the Element/EL DAC? I mean, if they are as clean and you can give them a similar coloration, this means we have found a new king DAC that can match multiple Amps.

thinker dream for playing with audio

I might agree, although perhaps a more serious tinkerer would just build their own dac lol, but I personally am too lazy and not experienced enough to do so, so this is pretty feature rich while being simple

A question: how does this compare to the Element/EL DAC? I mean, if they are as clean and you can give them a similar coloration, this means we have found a new king DAC that can match multiple Amps.

So off of memory this might be my preference over the el dac ii, but it would depend, I think they might be a similar tier performance wise but with the features you can more fine tune the sound to your liking on the allo. But I will say that I would prefer the allo with oversampling bypassed to the el dac ii for most amps I could think of