I’ve never used Spotify but switched from Tidal (not worried about MQA) to Amazon HD a year or so ago and have never looked back, Amazon’s library has more music I search for which is more important to me than a specific hierarchy codec

Is there anyway to filter your liked songs by a search term…? Such a basic use case that doesn’t seem to be supported on the windows app.
Futhermore, if I search the catalog for a term, there is no way for me to get results for only my added music…(?)

Another query here. AMHD sounds and works fine on my laptop and tablet. However, the app on my phone is low volume and very thin sounding. Anyone else have or have solved this issue? I have tried different quality settings, but
that hasn’t worked.

oh do update, lets see where this takes us and if I have to shell out for musconv to switch my playlists easily again :DD

Yet the same song toggled from Pioneer CLD S201 LD/CD player through WBC RCA into my Singxer SA1 preamp vs Spotify via Bluetooth into iFi Zen Blue V2 dac through ifi 4.4 to XLR into my preamp on my system sounds literally same same & the detail in soundstage & imaging is rather impressive.

I tend to agree with Z Reviews. MQA is a scam.

I cancelled Spitify Premium today. Took some doing. They don’t make it simple.

I cancelled Spotify because it keeps failing to play songs, stopping in mid play, or not playing at all. Since Prime Video works flawlessly, I thought Amazon Music might work the same.

Weird… I have been using it (Amazon HD) for almost two years and have never had any problems whatsoever with it Play a album and it autoplays that album and then picks a similar artist and continues. I can turn it on or start a album at 3AM and 24hrs later it is still playing. Something in settings? Where are you located? Is this the desktop app? phone app? More info could not hurt.

AMHD plays next song ok for me. Maybe a setting? Sound is better than Spotify and library is large. Only downside difference for me is much poorer, fussy search function. Otherwise I’m liking it fine.

I think " search" depends on what you are searching I guess. Always finds what I am looking for.

Amazon HD has been great for me. The algorithm seems to be getting better, too, because it is suggesting good stuff now. Never hangs and always sounds great.

I just have to go to album & then it plays. When i asked Alexa to play an album, it only played the 1st track. After fiddling with it a couple of minutes I figured it out.

Spitify seems more user friendly, but Im sick of the stoppage issue. No such issue with stoppage on Amazon, a couple pauses, but no stoppage, even after playing for several hours.

Next, I can’t say Amazon sounds better than Spotify, but I can say there is a difference in sound. Also Amazon is $1 cheaper.

Using the same songs, intial impressions, right away Amazon has more top end sparkle. The midrange on Amazon seems a bit thinner/less forward but possibly more detailed than Spotify. I havent been able to listen at reference level yet to be able to really get the low end, but my Tannoy’s don’t need to be loud to show you bass is there. At casual listening level the bass on Amazon seems to have a bit less punch, but like the mids, the bass has more detail.

What I feel like, is Spotify & Amazon are two different mixes of the exact same track. Like CLA did an ITB mix with his SSL plugins, & Bob Clearmountain did it on his Neve 8068 console. Which one is which?

Im a few days into Amazon Music now. At first everything that came up that I wanted to hear was in HD or UHD. Now Im finding a bunch of stuff says HD, but when it starts playing it says SD. So what exactly is the big deal about Amazon HD if most of the songs/albums are actually SD? Im playing Telarc’s 1812 Overture right now, but it says SD. 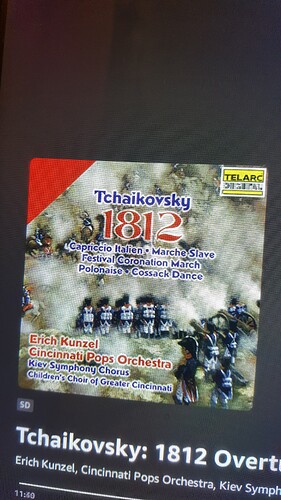 Correction: Everything on Amazon plays in SD no matter what its listed as. WTF?

Settings. I got it figured out. 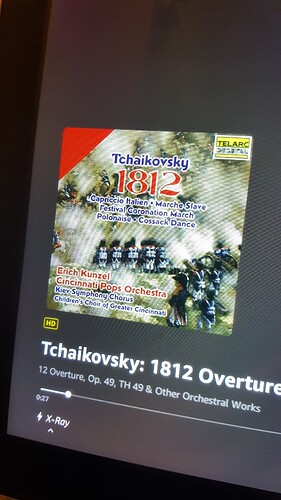