You can connect via Bluetooth and 2.4GHz simultaneously.

they deploy wireless differently, hence the two models. headphones are identical, but the dongle they come with is different.

Following. This looks like the Mobius, but without all the gimmicks, so better, and for half the price, IMO.

I hope that it has a better sound signature to it… Mobius sounded relatively dark out of the box which make it kinda shit for competitive gaming until you equalized it properly. If there is no bells and whistles this time I would hope the signature fits both casual and competitive gamers for sound

I assume it can connect to both the wireless dongle and Bluetooth via your phone at the same which would let you adjust the eq on the fly on the app.

Looks like it’s the same size as the mobius though unsure. I would think it could make use of the Cryo Pads of the mobius which should help alot with the amount of heat buildup and comfort. If you pick one up feel free to chime in on your thoughts

Audeze told me that the out of the box tuning is similar to the Mobius. I never tried the Mobius so I don’t know if that’s a good or bad thing. Not that it matters that much since it has its own eq software.

I never tried the Mobius so I don’t know if that’s a good or bad thing. Not that it matters that much since it has its own eq software.

It most definitely matters a lot for gaming. For competitive gaming without it’s equalizer the mobius was trash for picking out footsteps and the like. It was bad enough that the side with all the buttons would break quite often on the headset 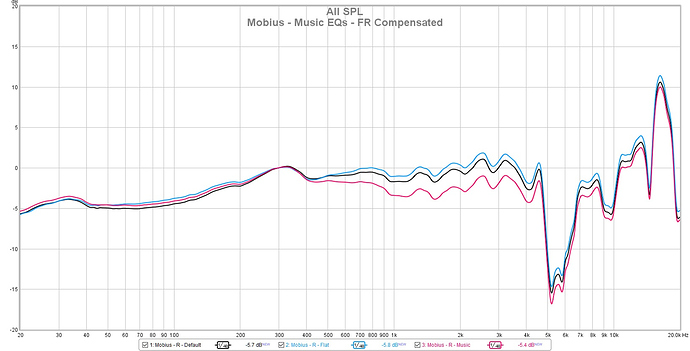 like yeah… the mids are present, yeah it’s not super bassy, but when you have that much darkness your capability to pin point those subtle sounds may as well be near to zero and is why I say it needs a ton of equalizing to bring it to where you need it to be. So, in other words… heres a rebranded mobius without the 3d settings that probably almost nobody used, outside of maybe vr cause its niche as hell lol, but with essentially the same tuning that made it not so great in the first place? Nah, pass. MH751 all the way in that case. If they can neutral out the big ol treble dip in there then you’d be just fine

I mean, sorry to rant and everything but I hate when gaming headset brands do crap like this. For some reason they think a dark headphone is okay in competives or having tons of bass is great. No, not for competitive. For casual sure its fantastic. But tons of bass and dark treble are awful unless your playing like… i wanna just say overwatch. 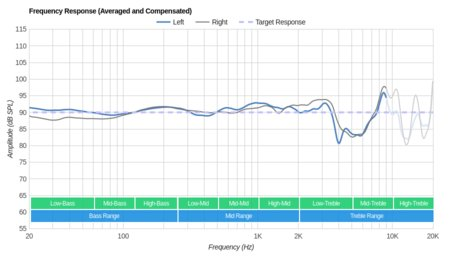 the graph above was taken from a user with his own graphing hardware.

heres another https://www.head-fi.org/threads/audeze-mobius-review-preview-head-fi-tv.874607/page-394 where the guy sat down with his own stuff and did the work

I should add that it has to be on a certain equalizer setting to really correct the sound for gaming.

The following should be taken with a grain of salt and use it how you want. They are using the MiniDSP EARS unit.

Here’s another one from SBAF: 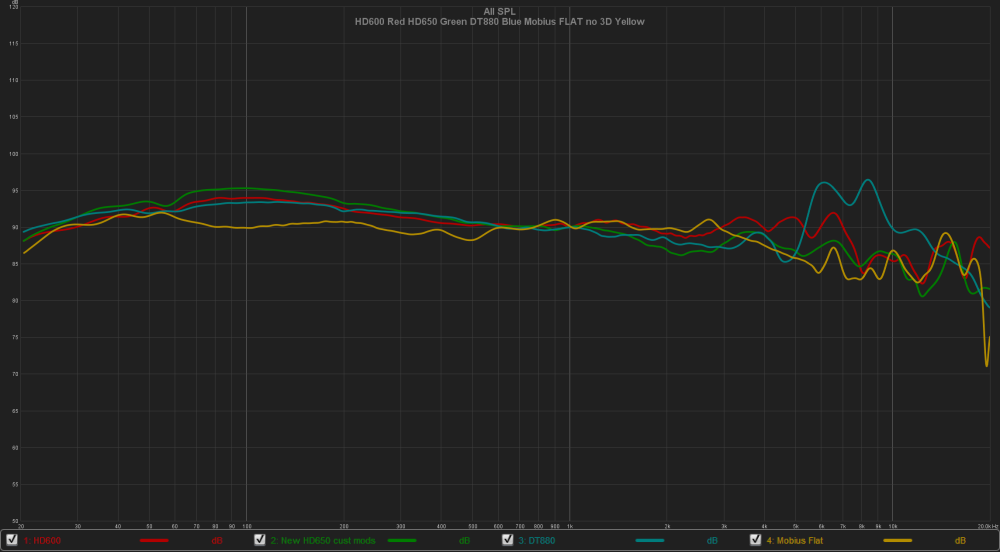 yeah that sounds about right… I dont really know about innacurate graphs though… Theres multiple equalizer settings that change its sound drastically. Footsteps is the one you want for competitives. Flat is the more neutral of course. House sound is the dark sound as its audezes house sound. It’s nice but out the gate it’s not the greatest I will give it that… however, its flexible in sound.

I suppose I came out a bit aggressive on my previous post… not the greatest day so I apologize if that seemed off the wall. Anyway, I think its a good headphone and the fact they are offering it for that much cheaper just without the 3d tracking is a good change of pace. It makes it much more accessible. I just hope they fixed that quality issue… had a lot of headphones even my own break where all the buttons are some sort of bad soddering or something

it was… iirc ballistics, music, flat, default, footsteps and I think one other

I suppose I came out a bit aggressive on my previous post… not the greatest day so I apologize if that seemed off the wall.

By the way (from rtings again): “The Mobius support Bluetooth 5.0 and LDAC which are not yet supported by our test bench.” This means it was tested wired. So, AFAIK, without any possible DSP enabled, then?

The ears graphs are pretty much worthless above about 2KHz, it’s a toy in comparison to real measurement hardware. My understanding is Even with good measurement hardware the only way to get accurate data over about 10K is to remove the driver from the headphone and measure it near field, which is what manufacturers do.

Well, alright good to know. I appreciate you explaining this to me… I am rather clueless on graphs as it is lol I thought I was posting a good graph

This means it was tested wired. So, AFAIK, without any possible DSP enabled, then?

Possibly? Not sure… I mean if you wanted to wire it though I would say just go grab hyperx orbit in that regard… they are like the same price as this new Penrose. I bought my Orbit S for $238 plus shipping.

It’s not bad… honestly if you wanted a headphone that had some extreme flexibility in its sound and is a planar with that slam and speed it isn’t a bad choice in my opinion. As long as you know footsteps is the most ideal(not ballistics i mean less you want the gunshots to sound big and boomy kind of the point of that one) you are fine with it. It was thanks to the mobius that I learned I enjoy audeze’s house sound.

Just looked it up there was 8 eq profiles plus the customizable settings and 3d head tracking stuff… so yeah… extremely flexible. Though i so highly recommend those cryo pads they are amazing for the mobius and if they work on penrose? All the better as they are softer and so much cooler to the ears.

“The Mobius support Bluetooth 5.0 and LDAC

I wonder if the Ldac will make it sound better wireless…

mobius haters will either love or hate this

if you wanted to wire it though I would say just go grab hyperx orbit in that regard… they are like the same price as this new Penrose.

Hmm, not sure what you mean man. It’s a Collaboration headphone between HyperX and Audeze. Then again, they suffered from the same quality control issue of the cup with all the buttons breaking which is kind of funny.

It’s a Collaboration headphone between HyperX and Audeze.

Oh, hell! Sorry. I did not knew that.

Yep only the outside is really different they are practically the same headphone. Same eq profiles and everything. Just mobius is the wireless one. They even fit the cryo pads from audeze iirc theres AUDEZE written on the headband too taken from the description with Audeze planar magnetic drivers and Waves Nx 3D audio technology

Also, if any of you can’t wait for the Penrose: