Some time ago, @ZeosPantera, in one of his videos, asked for some audiophile metal.
This is something I am interested in as well, because, even though we are in 2019, the are a lot of good metal bands that have albums that sound pretty bad in terms of production quality.

So, with all the subjectivity around what is considered audiophile, let’s start:

Arjen Anthony Lucassen. He has a lot of musical projects, but the most well known is Ayreon.
He composes what would be considered progressive metal with very SciFi lyrics, but his “shtick” is that he invites a lot of other musicians on his albums. For example, on his latest album, The Source, he uses 11 main vocalists, plus a few others.

This is the first song on The Source album, in which you can actually listen to all 11 main vocalists:
Spotify link

But my favourite song of Ayreon is My House On Mars, from the Universal Migrator Part 1 album. As a fan of The Expanse series (and of the books), I think this song fits extremely well with the struggles that the Mars inhabitants have faced and keep facing:
Spotify link

Ieam metal is metal very thrashy and not a lot of well recorded albums.
Maybe Tool’s entire discography cause they are somewhat well recorded.

This one is kinda tough because metal is in your face and full of distortion. But I think my criteria for audiophile metal would be natural sounding cymbals, guitar tones that aren’t too fuzzy on the high end, audible bass guitar, and decent dynamic range. One band that comes to mind is Those Who Fear.

Umm an easy one that comes to mind: Megadeath. Originals sound good…remastered sound even better.

Unleash the Archers - Apex is a very well recorded album, and pretty accessible, though the treble comes off a little sharp in my car and on my Argons. That said, it’s nice hearing it cut through the sludge.

As already mentioned, Opeth makes some solid albums that are typically very well mastered. The twin albums Deliverance and Damnation were remastered and sound pretty great. I believe Steven Wilson was involved in the remastering, though I may be confusing it with his otherwise general involvement with the band.

I have heard Animals as Leaders described as progressive metal, and would not disagree. Clean mixes and interesting music, though no vocals.

Slightly off topic, but Kino - Radio Voltaire is more in the progressive rock category but I have been enjoying both the music and the mix.

I’ll come back if I think of others!

I don’t know if these would be considered Audiophile or not, but they are great heavy albums:

Pelican - What we All Come to Need

Neurosis is great but not very well recorded.

Borknagar have come a long way regarding the quality of their recordings and I think their last album, True North, is the best they have made (sound, clarity, song-writing, etc)

And, of course, they have ICS Vortex as one of the vocals. One of the most interesting male voices out there.

The song Up North is my favourite. Vortex’s voice just fits so well, and the instruments are very well separated. The 2 second passages at 1:21-1:24 and at 1:28-1:30, where the double kick-drum together with the hi-hat are “in your face” and very clear, give me goose bumps.

On the same album, there is the song Voices, where Lazare, usually the baking vocalist, is the lead.

Last one from Machine Head is very well recorded… but… not their best, lol.
Worth it for the included DVD though!!!

Carcass is probably the most “brutal + well recorded” at the same time, heh.

Turns out Pantera’s Reinventing the Steel is pretty epic! These are some of the best metal drums I’ve heard

The source is a great album, i have it in 24bit/48khz and willing to share it (dropboxlink) if you are interested in the “full audiophile” experience.

My favorite metal album that i consider audiophile quality since it has a great tone range is Michael Romeo’s War of the worlds, Pt.1. I got it a 24bit/48khz and also able to share it to anyone through my dropbox.

Anything from Andrew Hulshult is great. 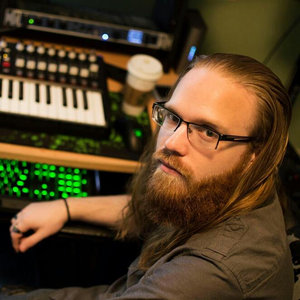 Andrew Hulshult is a veteran composer / sound designer in the game industry.


This is a free remake of DOOM’s soundtrack he made.

Also the DOOM 2016 soundtrack is great.

I would consider this to be pretty well recorded metal music.

Here’s another one. I prefer Post-metal / Post-Hardcore / Sludge / Post-Rock / Black Metal influenced stuff to your more standard metal fare. Just comes off as heavier and more honest to me usually.

Found this Russian band, The Morningside and I cannot stop listening to the song As A Pilgrim: