Was listening to the FIIO K3 review with zeos and someone in the comments asked that one or the K2? The prior one. Someone else commented saying that the prior one is powered so it’s better for portable use etc. So I guess 2 questions. Self powered, but is the sound a noticeable downgrade? And 2 what portable amp dac combos are good in that price range? It would be sick if I could use it for BOTH speaker and headphones

The fiio q1 mk2 is pretty good at this price imo

Portable dac amp isn’t that great for speaker use. Sure it’s portable but you lose out on power and quality. Their is a reason to separate a dac and amp which from my knowledge is to reduce noise/distortions.

Be like Zeos and stick a DAP and Xudoo 05 plus together to get a powerful portable DAC amp combo for the POWER ! or be reasonable and just buy the atom and some other DAC undder 150$ to power your headphones if it’s not those hard to drive ones.

As long as it has a line out you are pretty much fine for feeding a speaker amp tbh. Not everyone wants to commit to a desk setup (or can). I do think that if you mainly plan on using it for a desk then go for a desk solution

The EarStudio ES100 is on sale at Amazon right now. It runs balanced or single-ended headphones, and can be used wired or with Bluetooth. 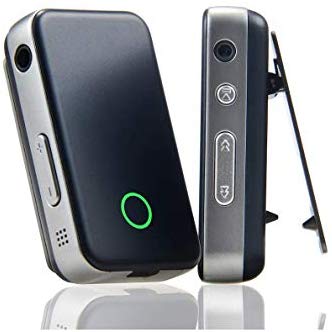 Going to link this since this is relevant to the topic

with Z havng reviewed and ompared all the popular $100 amps I feel as though there should be a video or tread made on $100 DACs DACS I feel that should be compared are topping d10 topping D30 Grace Design Sdac JDS Labs Odac Schiit Modi smsl m100 smsl Sanskrit there could be more. now before you go dacs dont matter and such I agree they dont matter yet we feel the need to sped the money on them and I feel especially at this price point where people are either dabbling in audio or this …

Kinda, but if someone just needs a dac. None of those can power headphones, and not fitting in the dac/amp category

FiiO Q1 Mark II Native DSD DAC & Amplifier for iPhone, iPod, iPad and Computers https://www.amazon.com/dp/B0757MH46M/ref=cm_sw_r_cp_apa_i_8E69DbBV4KKGF
Is this the one mon?

The thing is I do have an amp for my speakers. Just need a dac. So if I could connect this to the speakers and my headphones it would be nice

Yeah, pretty nice unit tbh. For a dac/amp combo the q1 mk2 and the es100 are hard to beat under 100 imo. The mk2 has a line out which is good for speakers

I did hear about this. And this is just possible ignorance on my part lol but isn’t the fiio ones better? Because they are bigger I just assume it has something better. I do have a fiio btr3 already too

Oooooooh nice to hear l! I can use it on my headphones too right? It’s not a deal breaker if not. Just curious and would be cool

It depends, both are solid units, but the es100 has some pretty neat features

Yah it has 3.5 and 2.5 Bal headphone out and has a variable line out in the middle when connected as a dac, or can act as a line in to use just as an amp

I guess the real question is. Better Soundstage haha. That’s all I really care about

Oh niceeeeeeeee! I think imma get it then!

Well I think they are on similar terms in that department, I think you would want to step up to something like a ifi idsd nano bl (which is great) or an xd05 with swapped op amps (also great) for an improvement in spatial recreation

Yeah the thing is I decided that I will use all of my stuff portable. So I’m not gonna get desk stuff like desk amps dacs n stuff. Just stuff I can hook up to my phone. Also decided on not getting a dap since they don’t allow the n7 player which is my fav