Hey there, hope I can get some help here on this comparison. Both are ranked A for technicalities by Crinacle, both have universally liked tonalities, but BGGAR for example rates the Clairvoyance at LOT higher. BGGAR actually ranked the Tape Pros higher than the Blessing 2 Dusk, and I already have the Tape Pros (I actually really like them too…). So it seems like the Clairvoyance is sometimes treated more of a totl iem by most because of better treble extension…so I’m a little split on deciding on my future end game iem. How close are they really ? After all it will double the price ! Thanks in advance for any input !

Unfortunately I haven’t heard clairvoyances, but had the blessing 2 dusk and I wasn’t astonished with anything really. I liked the tonality in general and the quality of mids I couldn’t have any objections. I couldn’t rate them too great because of price / ratio, I just know too many models I like more for the same or lower price.
Good luck with your purchase

There really is no comparison. The EST drivers in the Thieaudio twins I think most audiophiles would consider simply are superior, (but everything in audio is subjective obviously) but they cost considerably more. With the Monarch and Clairvoyance, the description of those two IEMs is that they both punch way above their price tags.

Personally I prefer the Monarch, but they are both tuned differently for different genres. You could just buy both and have endgame IEMs for all genres of music.

You could just buy both and have endgame IEMs for all genres of music.

That’s getting dangerously close to the cost of a MEST lol.

Thanks! Expected responses like that, would really hate spending that much money without getting a much better experience back…

Did you listen to the Dusk too ? And are the twins worth the extra money in your opinion ?

Yeah, thats not going to happen for me either

That’s getting dangerously close to the cost of a MEST lol.

I’m personally not a fan of the MEST tuning. Fantastic detail tho.

Monarch tuning is the most perfect tuning for my preferences I’ve yet to hear.

If you check out Resolve’s review of the Monarch, he really nails the descriptions of the differences between the MEST and the Monarch very well. I agree with his descriptions and for my personal preferences, prefer the Monarch to the MEST for all the reasons he points out… This also goes for his Andromeda comparisons as well. I actually feel he was overly kind to the Andromeda vs the Monarch because he’s been a big fan of the Andromeda for so long. 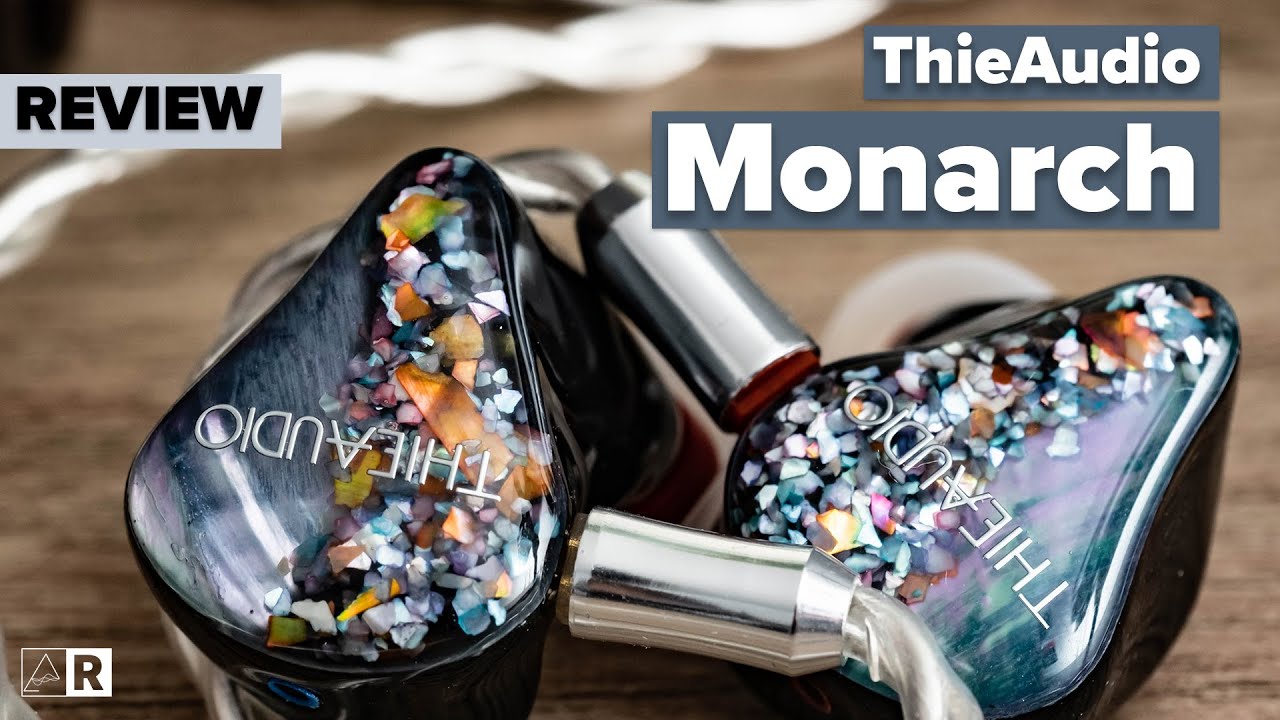 8:57 Quote from Resolve… “the Thieaudio Monarch does subbass better than just about any other IEM I’ve ever evaluated”.

id you listen to the Dusk too ? And are the twins worth the extra money in your opinion ?

Yes, I’m not a fan personally. It’s all subjective though. We’re at the point where most chi-fi IEMs are going to be really good. The Monarch is for me.

I love my OG Andro’s and for me is a yin to my Z1R’s yang, I still think that although source requirements maybe not be as important as it is with HP’s it’s still a big part of how sets replay…I’m happy with my transducers, now looking at upping my source game

To each their own. No dynamic in the Andro for me doesn’t do it. I’m also not a fan of the tuning.

The IER Z1R though is where it’s at. One of the few IEMs still on my wish list.

After getting the new Focal Clear Pro MG, Monarch and Clairvoyance, I’ve gotten to the point where I’m more than happy with what I’m hearing, which actually kind of sucks, because when something new shows up, I want to check it out but I know there’s really no point purchasing it. It would be just to have experience hearing what it sounds like. I’m already more than content with my endgame

I need to get over that and concentrate on items I know might end up being yins to my yangs, such as the Z1R. My sources game is already extremely good with my desktop gear and I feel with dacs and amps, you’re seriously going to be getting into the point of diminishing returns.

@Resolution
Bro I’m gonna bug you a little more.
I know this is not the thread for this but I hope author won’t mind… It’s kinda connected, and your last post here made me write this.

You know my story, you recommend me to buy Monarch bacause our music preferences align with prog metal and I was already decided on one of the twins, but you said Monarch so Monarch it is… But then there was disaster with my Legacy 4 ciem, so now I’m not willing to buy from Linsoul again.

Problem is I have this itch for new iem and apart from Monarch I don’t know what to get. You fired me up now I can’t stop thinking about it. I’ve been reading your posts here and there and it doesn’t help

It’s not that I’m not satisfied with what I have but I feel I might fall in love in Manarch as you did. I just bought nice source (waiting delivery) and I have leftover 1k for IEMs.
Now I don’t know what to do,

None of the options are ideal but I guess option 2 seem best and safest.

Of course you are not in my shoes you cannot tell me what to do. I’m thinking you may recommend better / best option with clear head, I’m still pissed off at Linsoul. Is Monarch worth that much? Yes I know the answer but humor me will you? I’ll take your input seriously.
Thank you for your time, and apologies to the author for spamming this thread, It might be useful to someone.

In the chi-fi world, waiting will nearly ALWAYS give you better sound and/or cheaper.

Yes you got this right. But as I said I have this itch for something new, everybody here know the feeling

, I havent been buying anything for a long time apart from FD5 and Legacy 4 (which I don’t have) few months ago

But on the other hand its not like I have to buy something right now. I just have to be smart about my next purchase, i’m not growing money trees.

Yeah, that feeling (curse) is something I am well aware of lol.

I would actually tell you to try some earbuds, you might be surprised and its a good change of pace from only using iems. (variation is great to have.)

For our music types, I have a few options for you to try that are not Thieaudio, and might even better suit you than the Monarch. Maybe.

For progressive metal, I feel these IEMs are the best suited for our genre. They all are single dynamic drivers and they slam harder than anything else I own. They are all very fast and responsive IEMs and do a very good job keeping the bass tight, impactive and textured.

The Monarch is actually not as fast and has elevated sub bass. It’s probably not the best choice for speed, but as I’ve said before the sub bass is so good, it’s addicting and I miss it when it’s not there. The Monarch is still my favorite IEM, but the Zen has moved very high in my ranks since I’ve received it. Both great IEMs.

I just got the Oxygen last night and it has already blown past my expectations. It’s a little more neutral than the Zen. It’s not as extreme. But I’d consider them quite similar sounding IEMs. They both have similar characteristics, great slam, timbre and speed. Speaking of neutrality and IEM behavior… I’d have to say that the Tanchjim Oxygen is the IEM that is “right” and the Zen is the one that is actually more “fun” and extreme.

I wouldn’t recommend purchasing any of the tribrids from Thieaudio at the moment. They are having serious difficulty meeting demand and upsetting customers with delay after delay. Lot’s of people have been cancelling their orders.

Noted.
I know nothing about Zen, I’ll keep an eye on it.
Tancjim Oxygen has been praised ever since its release, in fact i was considering it before I bought FD5. Oxygen lost due to the more laid back tuning. I wanted more V shaped tuning.
FD5 has amazing technicalities but tuning not exactly matching my preferences. I like big bass and extreme clarity in high mids and treble region, so I EQd FD5. I added 1-2 dB in 30 and 60hz, and by 3 dB in 2 and 4k.
Now FD5 has become my main iem along side with S8F. I’m perfectly content with those 2… but yeah I’m still to experience (near) TOTL iem.
I never tried any tribrid or anything over $500, anything better than my loved S8F, so there is curiosity. I’m more in the market for TOTL set, something on the next level, something exceptional, an endgame. This is not going to be easy choice especially with my limited funds, lack of experience in this price range and inability to test before buy.
So here I am, watching reviews, reading a lot and asking questions… I’m not much of a headphone guy but I’d love huge soundstage, great technicalities, closest tuning possible to what I described earlier in a IEM. After your reply back then Monarch seemed the closest to that and plus not costing over 1k (what I can afford right now).
Anyways, thanks again. I’m sure something will come up sooner or later.

If that is the case, then you can probably remove both the Zen and the Oxygen from your candidate list.

Oxygen doesnt have big bass while the Zen has a massive upper-treble roll-off.

Thanks for the heads up. Upper mids were so annoying to listen on on FD5 that I consider selling it, but after I boosted it by 3db both 2-4k now is sooo much cleaner better sounding to me.